Luke Price's life has always been about order, control, and acting tough on the outside. For Luke, meaningless relationships are a distraction-a way to tune out the twisted memories of his childhood. He desperately wishes he could forget his past, but it haunts him no matter what he does.

Violet Hayes has had a rough life. When she was young, she was left with no family and the memory of her parents' unsolved murders. She grew up in foster homes, living with irresponsible parents, drugs, and neglect, and trying to fight the painful memories of the night her parents were taken from her. But it's hard to forget when she never got closure-and she can't stop dreaming about what happened that tragic night. To make it through life, she keeps her distance from everyone and never allows herself to feel anything.

Then Violet meets Luke. The two clash instantly, yet they can't seem to stay away from each other. Although they fight it, they both start to open up and feel things they've never felt before. They discover just how similar they are. But they also discover something else: The past always catches up with you . . . I’ve really enjoyed The Coincidence series so far (my reviews of The Coincidence of Callie and Kayden and The Redemption of Callie and Kayden). When I saw that the third book was going to focus on Kayden’s best friend Luke and Callie’s college roommate Violet, I was on board, figuring that I would get the remaining answers that were left after book two ended in this installment since Callie’s attacker is the same as Luke’s sister’s rapist. Welp, I was wrong, and now I have a bunch of new questions, as well as a dire need for a badge that says “Monstrous Cliffhanger” to go on my reviews too.

But that makes it sound like I didn’t enjoy The Destiny of Violet and Luke. I did. I savored this story about the suffering of two of the most broken people who’d had such horrible things happen to them as children as they fumbled and fought their way towards each other. And that makes me sound like a horrible person. But Violet and Luke are make believe, so it’s all good—and I’m okay with it. Jessica Sorensen has a gift of writing the most emotionally painful characters and situations, bringing them to life so brilliantly that you just want to hug the people in the book so hard you hear their bones creak. Luke and Violet would never let you hug the crap out of them, of course, but they definitely need a ton of squeezes to even make a tiny dent in their lack of love received as a kid department.

It’s almost summer break, and everyone is preparing to leave campus and return home until Fall. Luke is desperate to find somewhere else to go because he doesn’t want to spend the summer with his drug addicted mother with psychological problems.  Violet doesn’t have anywhere to go either because she’s lived with a long string of foster families after her parents were murdered when she was a little girl. The only place that she can go isn’t ideal, and she certainly doesn’t want to live with her drug-dealing ex-foster father who’s been hitting on her lately.

Through several random meetings where they never seem to get along, Luke and Violet can’t deny that there’s an attraction there. But will their pasts and demons prevent them from becoming functioning people that can have a regular relationship?

You definitely get to see a much different side to these two characters now that they’re at the forefront of their own book. In the first two books, Violet is rarely seen or heard from, and Callie just has the impression that Violet is a weird slut with issues based on how much she wants their dorm room to herself. But in this third book, you finally see that Violet is a deeply scarred girl, and she’s haunted by the images of her father and mother’s murder. She’s never been able to let that go since it’s unsolved, and when you add in how she’s been passed from one horrible foster family to the next, of course she’s going to be withdrawn and unapproachable.

The story with Luke’s mother was certainly not what I expected. You got glimpses of her mental instability in book two, but her full blown drug addiction as a way to cope with things was so much worse when she involved a grammar school aged Luke. When his father abandoned his family and then his sister committed suicide some years later, Luke learned to cope with his own crappy life with booze and girls. Until Violet came along…

I give The Destiny of Violet and Luke a four out of five. With the emotionally hard hitting characterizations that I expect out of a Jessica Sorensen novel in this series, this installment was even bleaker than Callie and Kayden’s story. I really enjoyed watching Violet and Luke’s push and pull as they grew towards a relationship. The bright spots in this one for me were Seth and Grayson, especially getting to know Grayson so much better. The big reveal right at the end with the cliffhanger (ugh, I know that I should expect it with this author by now) was really predictable, however. The clues were too clear, so it was no surprise to me at all what would drive a wedge between them right when everything was all peachy. But I guess that’s the fun of book four, right? How they get back together? Maybe get some answers? I can only hope and wait until The Probability of Violet and Luke comes out…

Book and Audiobook Review: Shut Out by Kody Keplinger
Pre-Squee About … Written in Fire by Marcus Sakey 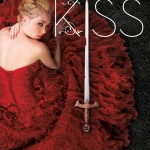 Tags: Angsty as all get out, Heather, Jessica Sorensen, One Hundred on the Heart Hurt Meter, really entranced (4*), Secondary Characters Have Moved Up to the Front, The Coincidence Series