It’s almost March and I’m (Heather this time) looking forward to a three releases in the next few months.

The vampire love triangle that spawned hundreds of thousands of fans-and inspired a hit television show-concludes in this powerful final volume of The Vampire Diaries. In Midnight, golden girl Elena Gilbert is back from the Dark Dimension, having successfully freed her vampire boyfriend Stefan Salvatore from imprisonment. Saving Stefan had an unlikely consequence: his vampire brother Damon Salvatore has become a mortal. While the trio reels from this latest twist, they must still deal with the demons that have taken over Elena’s hometown, Fell’s Church. As in every L.J. Smith novel, no matter how dark the night, there is always a happy ending. MIDNIGHT takes Elena, Stefan, and Damon to their darkest moments yet…Danger, romance, and paranormal mystery will keep readers fascinated with this captivating finale to the New York Times bestselling series

I just hope this one isn’t as big of a hot mess as the last installment. But I do like the cover, especially the woman’s eyes. I’m compelled to finish this series and I hope I won’t be disappointed. (P.S. The television series is still a million times better)

Payne, twin sister of Vishous, is cut from the same dark, seductive cloth as her brother. Imprisoned for eons by their mother, the Scribe Virgin, she finally frees herself–only to face a devastating injury. Manuel Manello, M.D., is drafted by the Brotherhood to save her as only he can–but when the human surgeon and the vampire warrior meet, their two worlds collide in the face of their undeniable passion. With so much working against them, can love prove stronger than the birthright and the biology that separates them?

When this book winds up in my mailbox, I don’t care what I’m reading at the moment, I will drop it and pick this one up.

Finally, one of the most anticipated books on my list for 2011 is JL Bryan’s (Goodreads, Webpage, Amazon) sequel to Jenny Pox is anticipated in April 2011. This is another book that I will drop all other things like a hot potato and glue this one to my fingers. If you haven’t checked out Jenny Pox yet, what are you waiting for? Check out our review here and you can buy it here.

What books are you waiting for? 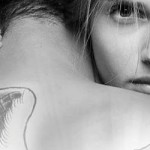