Push is a thrilling action/suspense novel for fans of The Fifth Wave, about contemporary teens pulled in and out of an alternate reality where battling aliens is more than a game--it's life and death.The sequel to Rush.

It's either break the rules or die.

Miki Jones lives her life by her own strict set of rules, to keep control, to keep the gray fog of grief at bay. Then she's pulled into the Game where she--and her team--will die unless she follows a new set of rules: those set by the mysterious Committee. But rules don't mean answers, and without answers it's hard to trust. People are dying. The rules are unraveling. And Miki knows she's being watched, uncertain if it's the Drau or someone--something--else. Forced to make impossible choices, battling to save those she loves, Miki begins to see the Committee in a glaring new light.

And then the Game crosses a new boundary, pushes harder into Miki's and her friends' lives, and there's nothing in the rules that can save them now.

Push is the sequel Rush fans will be screaming for.

This is a series for everyone who loves Video Games, always wished to be in one and who loves SciFi !

The first book RUSH came out last year and I really loved it!

Needless to say I was excited for this sequel, but also scared at the same time.

Series Elements to be Excited about

What to expect from Push – Book 2

A lot of heartbreak – again! The first book ended with a huge cliff-hanger, which of course no one ever believed was entirely true. Needless to say, we are excited when Jackson is back in the picture, but at the same time he break Miki’s and our hearts! Stubborn Boy! He’s going to drive us crazy!

A lot of action – again! The kids are again sent on dangerous missions, but this time it seems like “the game” has somehow changed and it’s getting more dangerous!

A lot of exciting characters – again! I already loved Miki and the crew before, but I feel like Eve Silver spend even more tint flashing out and developing the secondary characters! I love Miki’s friends and they wonderfully add to the story!

Second Book Syndrome? Unfortunately yes – as much as I enjoyed the book, I felt like we didn’t move much further with the story. Sure there were some new developments, but I was hoping for more! Well, I guess I will have to wait for the next book

“Back at being an asshole, Jackson?” “I never stopped”

I don’t get it. Don’t get him. His touch, his kiss, tell me I’m the most important thing in his world. His word tell me I don’t matter at all.

Are you a gamer? Love video Games and … love books with video game elements? Then, have you read RUSH? 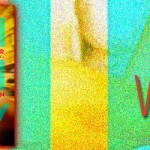 An Epic Sequel – The Heart of Betrayal by Mary E. Pearson
My Friday Love {9}
Book Birthday Shout Out !! {13}

« Pre-Squee about Forecast by Rinda Elliott and Norse Mythology
Bewitching Words And Whispers {1} with Ugly Love, 16 Things I Thought Were True, and Ruin & Rising »