A novel about the end of days full of surprising beginnings

The world is living in the shadow of oncoming disaster. An asteroid is set to strike the earth in just one week’s time; catastrophe is unavoidable. The question isn’t how to save the world—the question is, what to do with the time that's left? Against this stark backdrop, three island teens wrestle with intertwining stories of love, friendship and family—all with the ultimate stakes at hand.

Alexandra Coutts's TUMBLE & FALL is a powerful story of courage, love, and hope at the end of the world.

Tumble & Fall follows the lives of three teenagers as they go about their lives with one week before a large asteroid is due to hit the Earth. How would they spend their last days? Would they spend their limited time at their homes on Martha’s Vineyard with their families and friends, or would they find the courage to strike out and do the things they’d only dreamed of doing?

Sienna has just gotten out of a group home after being treated for depression after a failed suicide attempt. Her father takes her to their summer home on the island, where they’re to spend the last days with her brother and her father’s girlfriend. She’s constantly reminded of her dead mother and struggles to deal with her the new woman in her father’s life. But Sienna soon meets the boy she played with on the beach when she was four, and she finds herself in insta-love with keyboard playing Owen, who’s also very focused on helping to build a large boat to save other island residents. Sienna fears that she can’t cope with being confined with her family, so she breaks free to be with Owen at any cost.

Zan is busy mourning the loss of her free spirited boyfriend Leo, who died in a car accident several months earlier. When she discovers a receipt with a woman’s name and phone number scrawled on it in a book that he was carrying the day he died, she goes on a scavenger hunt along with Leo’s best friend Nick to find out what Leo was doing that fateful day. Zan has always done what her artsy parents have asked of her, so when she goes with Nick to Boston on their search, finding the truth becomes an obsessive hunt even as she starts to realize the truth about herself.

Caden has a hard home life with an alcoholic mother and an overachieving sister. All he wants to do is hang out with his friends and wait for the world to end. But his rich absentee father has him kidnapped and brought to him so they can spend time together before the world ends. Caden finds that his father might not be the person that he remembers as he is forced to play catch in a Major League stadium, go hunting and stay in his father’s mountain cabin, and finally meet the extended family that he hasn’t seen since he was four years old. Caden’s father is honestly one of the least likable characters that I have read in a book in a long time.

I kept waiting for the three main characters paths to converge, and they didn’t until nearly the end of the narrative. From the book’s blurb, I expected their paths to intertwine more than they did. While this didn’t make the story less enjoyable, I did spend quite a bit of the book wondering when it would all come together.

I give Tumble & Fall a 3.5 out of 5. Told in rotating chapters in third person point of view from each main character, the novel was well-written, emotional, powerful, and often beautiful. But where the story fell flat for me was in the too calm manner of the world on the brink of ending, the lack of chaos and outward fear from anyone as time ticked down. Everyone really seemed to be in denial about the end of the world being inevitable.  And then you don’t really find out the fate of the world. If you go into this book not expecting science, real apocalyptic end times panic, and you want to read more deep connections and relationship developing stories, then you will enjoy this book. 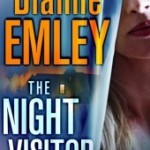 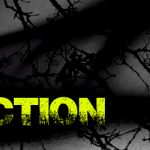