A high-society wedding party stirs up new evidence in an unsolved murder in this thrilling stand-alone from the New York Times bestselling coauthor of James Patterson’s Now You See Her and The Quickie.

When Terry Rourke is invited to the spare-no-expense beach wedding of his hedge fund manager brother, he thinks that his biggest worry will be flubbing the champagne toast. But this isn’t the first time Terry has been to the Hamptons.

As the designer tuxedos are laid out and the flowers arranged along the glittering surf, Terry can’t help but take another look at a decades-old murder trial that rocked the very foundations of the town—and his family. He soon learns that digging up billion-dollar sand can be a very dangerous activity. The kind of danger that can very quickly turn even the most beautiful beach wedding into a wake.

It’s the start to a new weekend, and I’ve read another fantastic mystery/suspense. Michael Ledwidge’s Beach Wedding is full of mystery, adventure, a case that the main character just can’t let go, and some very thrilling moments as everything comes to a head. Check the excerpt from Chapter 1 below then stick around for my review.

A gull circling in the sea breeze banked into a clumsy slide, then settled gently on the tallest of the beach mansion’s brick chimneys like it wanted to be the weather vane.

At the far end of the back lawn where the sod became beach grass, I stood with my brother Tom, looking up at the massive castle-like structure, taking it all in.

At least trying to.

Tom, playing tour guide, had just explained that the Southampton summer dream house he’d just rented was a proper traditional two-wing manor, built in the French Renaissance Revival style after a famous house of landed gentry outside of London. Past the sun terrace we’d just walked across, you could see the pool peeking out around the side of the thirty-thousand-square-foot house like a giant block of sapphire wrapped in travertine.

To say that Tom was a tour guide wasn’t even an exaggeration, as the place was literally about the size of a museum.

I turned away from the white elephant of a house and took a sip of my drink, studying the private staircase of weathered teak that dropped down the windy bluff at our back. I looked south to where the wood slat fence wound along the dunes, and beyond it, the Atlantic’s infinite slate blue waves rose and curled and broke and crashed with a soft hiss as it washed up onto the private beach thirty steps below us.

Being from the poor man’s Hamptons, Hampton Bays across the Shinnecock Inlet, Tom and I had been more of the to-the-split-level-born class. The only exclusive club we’d ever been members of was that of the hustling townie contingent. Up until now, the only times I’d ever gotten within spitting distance of these Southampton eight-figure beach castles was by working events as a busboy or a bartender or a valet. I’d never even dreamed of actually staying in one.

“What do I think of this beer?” I finally said, holding up my bottle. “Exceptional, Tom, really. What is it? Craft stuff? Head and shoulders above the cans of Miller Genuine Draft in my beer drawer back in Philly.”

I turned, studying my brother. Tom usually looked pretty pale and stressed from his 24/7 Wall Street pressure-cooker managerial duties at Emerald Crown Capital Partners, the hedge fund that he had started. But he’d already been out here for a couple of days, and it had done him a ton of good, I saw. My dark-haired brother looked actually sort of relaxed for once, tan and handsome and happy in his preppy red shorts and half-unbuttoned cream-colored linen shirt.

“What do I think?” I finally said. “What do you think I think? It’s impossible, Tom. That’s not a house. It looks like a Park Avenue apartment building. I mean, where is Zeus staying now that you rented his house? Summering in the South of France? No, wait. Visiting Poseidon?”

Tom slowly put an arm around my shoulders.

“Zeus is right here, Terry,” he said, winking at me with a wide grin. “I am Zeus, come down to stand here with you stupid mortals. Right here before your very eyes.”

“Yeah, right,” I said, shouldering him away. “I remember all those times Zeus clipped his divine toenails into my Captain Crunch at the kitchen table like it was yesterday. And all the birthday punches. With one for good luck, too. Every time. The gods are so benevolent.”

As my brother cracked up, I smiled and took another sip of my beer.

Because I felt happy too then. Or maybe suddenly at ease was a better way to describe it. Truth be told, I’d been a little reluctant to make the trip up from Philly and all the way back home after all these years.

Actually, more than a little.

Even with the fact that my oldest brother was finally tying the knot.

There are reasons why some people leave the place they were born and raised and never come back. Usually, they’re very good reasons.

But maybe, I thought as I took in Tom and the billion-dollar scenery some more.

Maybe this wasn’t such a big deal after all. Time had passed. Quite a bit of it. And didn’t they say that time heals all wounds?

At least it wasn’t a big deal as far as Tom was concerned, I realized.

Despite his new ginormous pockets, Tom was still just Tom. Tom, who used to let me ride back home on the handlebars of his ten-speed from Little League practice when I was a kid. Tom, who let me read his comic books as long as I kept them neatly in the plastic covers. Tom, who hit a kid who was bullying me in the head with a basketball from half-court in the schoolyard that time.

Just Tom, I thought, looking at him as the summer wind scattered some more expensive sand across the back of my pale neck and knees.

Only with a couple of specks of white in his black Irish hair now and more than a couple extra zeros in his bank account.

“Okay, I’ll bite,” I said then. “Only because I know you’re dying for me to ask. How much is it running you?”

“What? You mean with the staff and everything?” Tom said, comically wrinkling his brow.

Tom had already mentioned the chefs and the maids and the gardeners, and even the chauffeur and limo that the rental came with to heighten the full modern money-be-damned Great Gatsby experience.

“Yes, the whole kit and caboodle. Out with it, moneybags. How much?”

He looked at me again silently for a beat before I got it. If I hadn’t already just swallowed my beer, I probably would have spit it all over him.

“That’s impossible! Five hundred grand? Half a million dollars for the season?” I said in shock.

“Oh, no,” my brother said, chuckling softly as he shook his head.

He gave me another wink as he brought his own beer to his lips.

I wasn’t familiar with Michael Ledwidge’s books, even his books written with James Patterson. Beach Wedding follows Philadelphia cop Terry Rourke and his family as the spend a month on the beach to celebrate his older, much more successful brother’s wedding. But coming back to the Hamptons, where they large Rourke family group up together with their Assistant District Attorney father and homemaker mother stirs up some unpleasant old memories and events that just can’t stay buried in the past. Even though they are staying in an expensive house, the brothers are just as blue color as ever — even if his brother is now richer than can be imagined due to his work in investments. And this leads to some really fun moments between the members of the family, which is a great break from the serious detective work and dangerous situations that Terry finds himself in as he digs into the case that his father lost–the last case before he subsequently fell from grace in the eyes of the town and died in a boating accident.

Terry Rourke is a very likeable character, and his devotion to his family is admirable. But he does tend to get lost in the moment when he’s chasing down leads and coming up with new theories as to who actually killed a wealthy man twenty years ago. Was it the wife who was deemed not guilty in court or was it someone that never came up on the detectives radar?

The rest of the Rourke family was easy to tell apart and well developed. The other characters–both savory and not-so-savory–added depth to the story as it unfolded. I really enjoyed Terry’s relationship with his very strong and independent wife and extremely cute and rambunctious daughter.

I give BEACH WEDDING a four out of five. The suspense builds nicely as each new mystery comes to light, and the pacing was great throughout. The thrills ratchet up in the last quarter of the novel, and I really wasn’t sure who was friend or foe and who was actually guilty of the deaths twenty years ago. There are quite a few characters thrown in the mix, from the Rourke family to the cops to the rich family of the murdered man. Once I got all of those straight, the book was smooth sailing. I really enjoyed this book, and I recommend it to lovers of mystery, suspense, and thrillers. 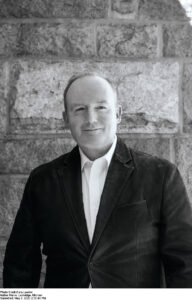 MICHAEL LEDWIDGE is the writer of seventeen novels, the last dozen being New York Times bestsellers cowritten with one of the world’s bestselling authors, James Patterson. With twenty million copies in print, their Michael Bennett series is the highest-selling New York City detective series of all time. One of their novels, Zoo, became a three-season CBS television series. He lives in Connecticut. 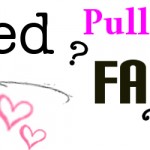