Micheline Helsing is a tetrachromat—a girl who sees the auras of the undead in a prismatic spectrum. As one of the last descendants of the Van Helsing lineage, she has trained since childhood to destroy monsters both corporeal and spiritual: the corporeal undead go down by the bullet, the spiritual undead by the lens. With an analog SLR camera as her best weapon, Micheline exorcises ghosts by capturing their spiritual energy on film. She's aided by her crew: Oliver, a techno-whiz and the boy who developed her camera's technology; Jude, who can predict death; and Ryder, the boy Micheline has known and loved forever.

When a routine ghost hunt goes awry, Micheline and the boys are infected with a curse known as a soulchain. As the ghostly chains spread through their bodies, Micheline learns that if she doesn't exorcise her entity in seven days or less, she and her friends will die. Now pursued as a renegade agent by her monster-hunting father, Leonard Helsing, she must track and destroy an entity more powerful than anything she's faced before . . . or die trying.

Horror is my favorite genre to read and to watch, and in young adult, it’s a rare thing to find a book that gets horror right. Shutter is one of those rare gems, and I haven’t read something that hit all of the notes just right–the scares, the gore, the kick-ass hero(ine), the creepy atmosphere, the monsters–are all nearly perfect.

A Kick Ass Heroine Who Has Her Moments of Weakness

Micheline Helsing is the last of her line, except for her father, and she knows her place. She’s a hunter, and as a tetrachromat, she can see the auras around monsters and she can actually see ghosts. While she goes to the school and works for the hunting firm that her father helms, she knows that this is her life–hunting monsters with a team of others trained and specialized in other areas to keep the general population safe. But when what should have been a routine ghost extraction goes wrong, Micheline and her team of Reapers, Jude, Ryder, and Oliver, are infected with a soul chain, and now they only have seven days to live if they don’t capture the ghost and break the chain.

What I like most about Micheline is that she’s so realistic and stubborn, and she never gives up. She does give in to the moments of weakness where she thinks that she can’t go on anymore, but she picks herself back up and pushes through. She does try to do too much on her own, wanting to spare her team more danger and hurt, but the consequences aren’t always good. She’s very human, and it’s refreshing to watch her fight supernatural creatures with only a camera and her wits.

The Most Inventive and Creepy Monsters That I’ve Encountered

The strange and dangerous monsters in Shutter are some of the most inventive, dangerous, and seriously creepy creatures that I’ve ever read. The boys have their work cut out for them when they need to use flame throwers in order to take down some of these things effectively, and other things can only be killed with bullets. The ghosts and entities are another thing altogether and are capable of taking over dead bodies, so that adds a whole new level of danger.

The supernatural aspects of monster hunting and how everything works in Shutter is all explained and explored scientifically, and it definitely works here. From the special film Micheline uses in her camera to capture ghost light to the special bullets that they use to kill certain monsters, everything was meticulously researched–and that made this book come to life for me since I’m a chemist. Some of the more overused horror tropes are used in new ways here, which made them fresh and new.

I give Shutter a five out of five.

This book is seriously amazing–creepy, scary, but heartachingly beautiful at times with the situations that Micheline has been put in over the last year of her life. Shutter has a kick ass, complex heroine with equally great boys backing her up. And there’s refreshingly no love triangle! The romance between Micheline and her guy is slow and subtle, definitely forbidden, but it’s so swoon-worthy and leaves you totally rooting for the two of them in the end. Overall, Shutter is a fast-paced, thrill-packed book with twists and turns that left me turning the pages in anticipation.

Don’t forget to check out Courtney Alameda’s guest post on Bewitched Bookworms, “Unboxing Micheline Helsing’s Hunting Gear,” to get a look at the necessities for Micheline’s job. Enter to win a hardcover of Shutter while you’re there until midnight on 2/12/2015 too.

Explosive, Quirky and Fun – Two Lies and a Spy by Kat Carlton & Giveaway
Read Across The World DayPart 2 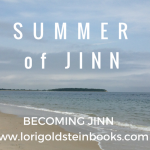 « Review and Giveaway – The Crawling Darkness by J.L. Bryan
Guardian by Alex London »

6 Responses to “Shutter by Courtney Alameda”