The first in a series of epic tales set in the depths of the ocean, where six mermaids seek to protect and save their hidden world.

Deep in the ocean, in a world not so different from our own, live the merpeople. Their communities are spread throughout the oceans, seas, and freshwaters all over the globe.

When Serafina, a mermaid of the Mediterranean Sea, awakens on the morning of her betrothal, her biggest worry should be winning the love of handsome Prince Mahdi. And yet Sera finds herself haunted by strange dreams that foretell the return of an ancient evil. Her dark premonitions are confirmed when an assassin’s arrow poisons Sera's mother.

Now, Serafina must embark on a quest to find the assassin’s master and prevent a war between the Mer nations. Led only by her shadowy dreams, Sera searches for five other mermaid heroines who are scattered across the six seas. Together, they will form an unbreakable bond of sisterhood and uncover a conspiracy that threatens their world’s very existence.

Happy Friday Guys! To chime into the weekend I have a nice Giveaway for you Courtesy of Disney-Hyperion. DEEP BLUE is  Jennifer Donnelly newest release and it sounds absolutely exciting. And the cover? SO so So pretty!!

Has anyone read it already? I’m truly looking forward to it!

Jennifer Donnelly is an award-winning author of both adult and young adult books, including Deep Blue, the first book in the Waterfire Saga. For adults she has written a trilogy of best-selling books that includes The Tea Rose,The Winter Rose, and The Wild Rose. Her first young adult novel, A Northern Light, received many accolades, among them the Los Angeles Times Book Prize, a Carnegie Medal in the UK, and a Michael L. Printz Honor. Her second young adult novel, Revolution, was named a Best Book of 2010 by Kirkus Reviews and School Library Journal, and the audiobook received a 2011 American Library Association Odyssey Honor. She lives in New York’s Hudson Valley.

Once in a Full Moon – A Review….
Discussed! Genre Obsession and Phase Readers… 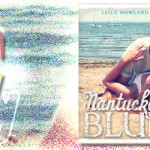 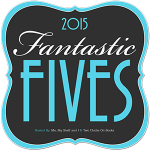