Both books are from the wonderful Jennifer L. Armentrout and I reviewed her first book
Half Blood yesterday and today I reviewed Obsidian!

by Jennifer L. Armentrout
Book II in the Lux series
My Review of the first book Obsidian

Can we take a moment and drool over this awesome guy on the cover?

Being connected to Daemon Black sucks…

Daemon’s determined to prove what he feels for me is more than a product of our bizarre connection. I’ve sworn him off even though he’s running more hot than cold these days. But against all common sense, I’m falling for him. Hard.

The Department of Defense is here. If they ever find out what Daemon can do and that we’re linked, I’m a goner. So is he. And when a new boy shows up a school with a secret of his own, things get complicated fast. I need to choose between my own instincts and Daemon’s.

But then everything changes…

I’ve seen someone who shouldn’t be alive. Daemon’s never going to stop searching until gets the truth. What happened to his brother? Who betrayed him? And what does the DOD want from them—from me?

No one is who they seem. And not everyone will survive the lies

There is need. And then there is Fate…

Being destined to become some kind of supernatural electrical outlet isn’t exactly awesome–especially when Alexandria’s “other half” is everywhere she goes. Seth’s in her training room, outside her classes, and keeps showing up in her bedroom–so not cool. Their connection does have some benefits, like staving off her nightmares of the tragic showdown with her mother, but it has no effect on what Alex feels for the forbidden, pure-blooded Aiden. Or what he will do–and sacrifice–for her.

When daimons infiltrate the Covenants and attack students, the gods send furies–lesser gods determined to eradicate any threat to the Covenants and to the gods, and that includes the Apollyon… and Alex. And if that and hordes of aether-sucking monsters didn’t blow bad enough, a mysterious threat seems willing to do anything to neutralize Seth, even if that means forcing Alex into servitude… or killing her.

When the gods are involved, some decisions can never, ever be undone

Seriously, I can’t freaking wait for both books to come out. I just recently discovered the awesomeness that is Jennifer L. Armentrout and I’m just so much in love with her, her writing and her characters! 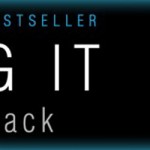