The following post is filled with a wee bit of fan-girl squee-ing, some good natured & borderline inappropriate banter, and some purdy darn fine lookin’ boys. You have been warned, this post is silliness at its purest, nothin’ more.

The following post is co-authored by cutie and her bestie kg of A City Girl in Rural Alaska.
You can also find her on Goodreads & the tweet tweet.
kg: oh the boys of fiction.
if they didn’t exist, we probably wouldn’t read.
cutie: word
kg: Twilight? Admit it, we all read that hot mess for the Edward.
*daydreams*
cutie: *mouths the Edward*
I’m sorry… were we doing something?
kg: *slaps self* Oh right, we were talking about our other book boys.
cutie: Righty you are, best.
Shall we cut the insanely funny banter and get down to bizness?
kg: We (the collected brain trust that is cutie & kg)
have chosen five of our favorite book boyfriends to share,
along with the actors we dream of being cast to play them.

cutie: kg, what say you of Josh Hutcherson as Peeta? He’s a cutie. 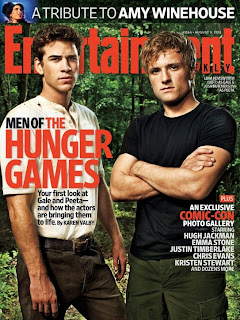 kg: cute, yes. drool inducing? not so much.
This is my Peeta… 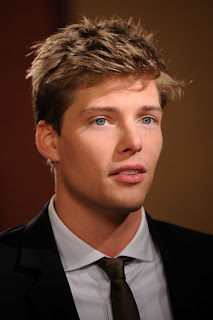 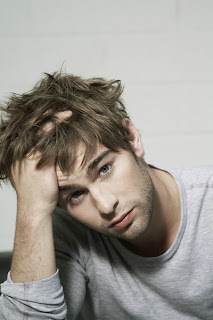 kg: don’t be a sadpanda, let’s snuggle. *caresses computer screen*
cutie: I shall put him in my pocket and keep him safe and warm.
kg: *whispers* will you be my match?
cutie: I think he just said yes. 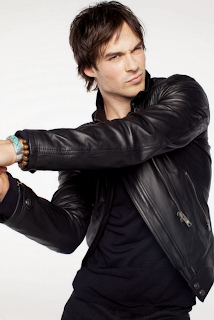 kg: seriously? seriously. how is it legal to be that hot? his jawline is outta control!
cutie: this movie need be made and this boy need be in it.
my will hath been spoken.
let it be done.
kg: who wouldn’t want to live underground with that? I mean, really?
cutie: stupid people. the end. 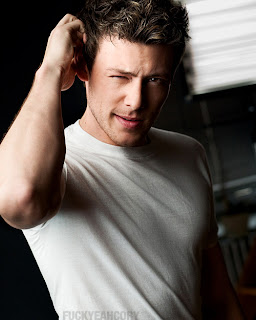 kg: this pic makes me squee. *thud*
cutie: I’m sorry… were you saying something?
smirky smirkersons distracted me with his adorableness.
kg: is it wrong that i wanna dirty that white tee?
and play with his hair? and maybe squeeze his *ahem* bicep.
cutie: yeah… *blushes* his bicep…
kg: *want* 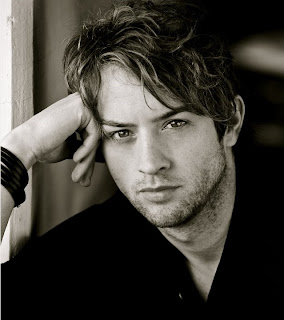 cutie: if you lean in real close you can hear his thoughts.
kg: he says he wants to touch us. *nods head* yes.
cutie: he’s singin’ “touch-a-touch-a-touch-a touch me, I wanna be durty!”
kg: Oooo!! me me!
cutie: What’s he sayin’ in this one? 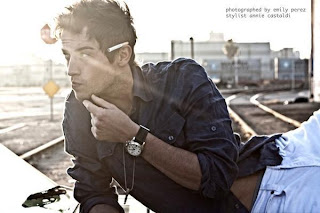 [Edited for indecent content]
kg: I would lay down on a train track with him any day.
cutie: fo’sho’
kg: I’d lay down anywhere with him.
cutie: *giggles* fo’tothesho’
kg: I’d like to undo some of his buttons…
cutie: does he want to be durty, kg?
kg: *muffled innuendos*
cutie: *hands kg a fan*
Mayhaps you need to cool off a bit there?
kg: mayhap….

This is dedicated to the ones we lubs.
cutie: *clears throat dramatically*
Annnnnd now for a wee bit of music.
kg: we dedicate this song to all those book boys out there who make use swoon and drool.
cutie: this one is for you.

in conclusion:
kg: we love boys, men folk, guys, what have you.
honestly, this post could have been way longer…
cutie: for realz, but we didn’t want to overwhelm you.
kg: I think I ruined my keyboard. cutie, pass me a shamwow.
*catches cutie staring at Cory*
cutie: Annnnnnnnnnd I’m spent.

Who are your favorite book boyfriends, and
who do you see when you’re reading?

*with the brilliant help of one kg
The following two tabs change content below.

The Goddess Test: a review
Discussed! by Danny & Missie – Let’s talk Boys!
A Monster & A Graceling
In My Mailbox — a cutie christmas edition
the lil cuties have spoken

16 Responses to “Book Boys That Make Us Melt”