Today I am happy to say I have a co-writer with me.
The one. The only.
Danny!!
*the crowd goes wild*
Take a bow, my friend.
*giggles* glad you invited me today!
So what’s so special about today that two Bookworms
are joining forces (much like the Avengers) to tackle
a silly little cutie’s corner post?!
Welllll, here’s the facts as we know them:
1. Danny’s worried that we tend to only blog about the “cherry picks” here on Bewitched.
*Danny nods furiously*
To put it more bluntly, in her words, she quote “thinks it’s crap.”
Side note: I love hearing her say things are crap.
It makes me giggle.
really??
Really really.
*hugs Danny*
Moving on.
2. Recently, I posted a “negative” review of a book on Goodreads
and the extremely awesome Darkfallen….
You should follow her on Goodreads.
*Danny nods furiously*
again….
No.
Seriously, we’ll wait whilst you do so.
*Jeopardy music*
You back? Okay. Where were we?
Ah yes.
Darkfallen had this to say:

I agree. I hate having to write a bad review, but sometimes you just don’t have much of a choice. However, there are some reviews out there that are down right mean.
For me, reading one of those is even worse than reading a bad book. I have learned that when a book gets a nasty review to try and give it a shot and every time it ends up being a book that I heart.
A well written bad review, like yours, is a helpful one. But the people who basically just bully the author…. is so irritating. I wish these people would realize how mean they are. They need to realize that to an author, a book is like a child. You can tell someone that their child is struggling and needs improvement, but you cannot tell someone their child/book is a worthless piece of crap!

Sry I just had to get that out. *takes a cleansing breath*
lolz

After reading this comment, I immediately thought of Danny’s feelings.
See we here on Bewitched want to keep things on the positive side.
We agree with Darkfallen, these books aren’t just merely piece of paper
but babies. Beautiful little bundles of joy that made it into this world.
And while they might not be the perfect fit for us,
we respect the authors nonetheless.
We would never ever want to hurt someone.
Or act as though we were better!
But at the same time, it’s our duty to state the so called facts as we see them
and recommend to you the books we think are good and
share with you the books we didn’t find all that appealing.
*stands up and claps*
And with that thought in mind,
Danny and I have decide to share 5 books that just didn’t jive with us.
As harsh as it seems, as jerky as we feel,
we know it’s the right thing to do.
Ready. Steady. Let’s go.
1. Extraordinary by Nancy Werlin

cutie’s thoughts: Between the protagonist who frankly irritated me and the slow story line with a rushed ending, I just wasn’t a fan. I really enjoyed the premise, but I had a hard time feeling badly for Phoebe the sweet, push-over, rich girl who felt ordinary. The ending clinched my meh feelings about this novel as it was both drawn out and abrupt all at once. And that, my friends, is an achievement in my book. Also, I felt the writing was overly and forced “artist” at time, to the point of being extremely distracting.

On a good note: The descriptions were beautiful. While I thought the story dragged the premise was interesting enough, and I enjoyed the world Ms. Werlin created, I just felt it lacked magic and fell short.

Overall, this wasn’t a terrible book, I just wasn’t blown away and I’d like to read other books by this author in the future. I’m just not rushing out to pick them up, if that makes sense.

Danny’s thoughts: The book was ..weird?.. I don’t know how to describe it differently …. The ending was rushed and honestly it didn’t felt right for me… I picked it up with high hopes, I do love Faeries and I do love the cover, but I couldn’t get into this story. Phoebe was too easy to manipulate it made me cringe! Of course she developed throughout the story but she lost me during that process.

Also, I hated the end – it would have been a better ending without this HEA to be honest. Don’t get me wrong normally I’m totally pro HEA but this one would have been better with a bitter-sweet one.. (and this is just hard to explain without spoiling the book…).

3. House of Night Series by P.C. and Kristin Cast

Danny’s thoughts: I so so so desperately wanted to like these books! First because the covers look so amazing, second it’s about Vampires (wohooo) and third they were already a decent amount of books out in the series (and I LOVE being able to read one after the other…). While the first one was still OK, the second was already seriously annoying and finally I stopped after the third.
The main character Zoey seems way too powerful although she’s only a few weeks at this school and starts to discover her new gifts as a Vampire. This was a way to fast. Plus, her friends just adore her so much that they’d do anything she asks for, way over the top for me. But then in book 3 the all too powerful heroine is playing with three boyfriends??? Not just the normal two , no three! This was way too much. I know she has to pay for it, but I truly didn’t like the way she handled it.
I know that lot of people are big fans of this series but I never really got the hype…Chosen was the very first book that got a 1 star from me… 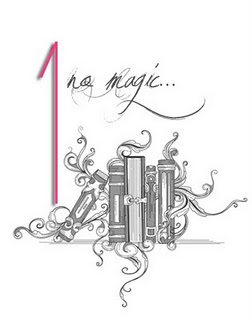 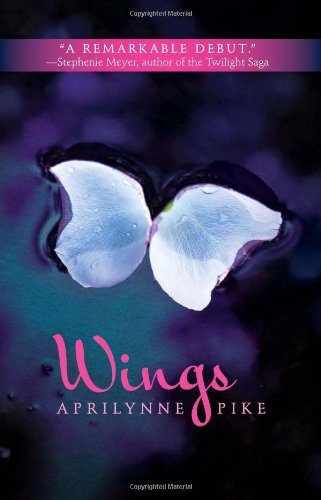 Danny’s thoughts: Laurel learns that she is a Faerie which is why she always felt so different. And here comes one of my major problems with the book, I couldn’t connect with her and believe me I tried hard! In the beginning I was just confused by her eating habits which sounds like she had an eating disorder, which is not true since she’s a Faery and needs a special kind of food. Then, she was home-schooled and didn’t want to connect with other teenagers when her mother wants her to go to a public school.
Both David (normal boy) and Tamani (Faerie) are in love with Laurel, the question is who will she choose in the end? For me it is definitely easy to be Team Tamani since I really don’t find my connection with David. I truly didn’t like at all how Laurel treats him, or even how she treats Tamani for that matter. Although I’m pretty sure this wasn’t intended, it felt like Laurel was playing with the boys.
Sadly I give only two books. It has some sparkle moments but most magic was missing in the book. I found the world she created interesting but also a bit too far from what I picture a Faery world. But I truly appreciate the unique and creative ideas Mrs Pike has! But, mostly I had problems connecting with the characters, which is why I can only give 2 stars.
Bookworm rating:

4. Once Dead, Twice Shy
& Early to Death, Early to Rise by Kim Harrison 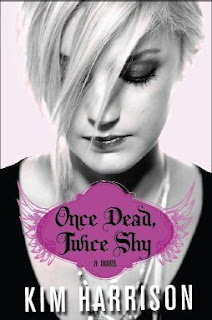 cutie’s thoughts: I really really really wanted to like this series. Mainly because I really enjoyed the author’s writing style. It’s this quirky fast paced style that I really enjoyed reading. However, I wasn’t all that fond of the main character Madison. I did like the secondary characters for the most part. But I think the biggest issue I had was I just didn’t “get” what was going on. It seemed like way too much plot and not enough book. At times, I felt like I was caught up in a whirlwind that was whipping me around and everything was just rushing at me. I was unable to catch it all. Overall, I thought the book was cute, yet confusing. And when I picked up the second book of the series, I didn’t even make it a 100 pages into the book before I decided while it was funny, it wasn’t witty enough to keep me reading. Sadly, this series just wasn’t for me. 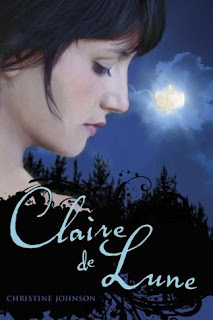 cutie thoughts: I didn’t hate this novel. I didn’t love it either. And I’m not sure that I liked it. I think my feelings were pretty much neutral. It wasn’t that the author wasn’t creative nor that the premise of the story wasn’t interesting. It was mainly that it lacked… oh for lack of a better word: magic. It was lackluster at best and devoid of any real passion. Everything seemed to be overly explained through dialogue. I never felt I connected with the main character, Claire. And while I thought Matthew was a sweetie, I never got any tingles when the two (Claire and Matthew) were together.

Also, the novel’s “getting going point” is a bit harsh. From the get go the reader is asked to accept a world in which werewolves are a fact and that everyone in the world knows about them. There is no really explanation or set up of this. And frankly, I was just never sold on it.

After all that, I have this to say: I didn’t hate this novel, personal it just didn’t trill me. I will be checking out other novels by this author and maybe even try out the sequel to Claire de Lune. I think the author shows promise which is exciting. I just think this story was poorly executed. It could have been so much better 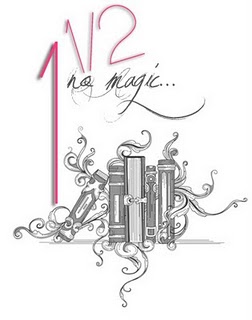 Annnnnd….
That’s what we’ve got.
I sorta feel durty,
but honesty is the best policy, right?
*bites lip*

What’s your take on so called negative reviews?
Do you find them informative?
Or could you do with out them?

Until next time.
Keep your finger nails clean
and your noses firmly placed in a book.
Lovers you truly.
Your friendly neighborhood Bookworms, « Clarity by Kim Harrington and.. giveaway time!
Let’s Get This Party Started! »

21 Responses to “cutie and danny get real real”