Rescue You is a book that hit home for me on several fronts, and I absolutely adored this tale of two sisters who couldn’t be more different yet the share a common goal in dog rescue. Older sister Constance Morrigan is still out of sorts after the death of their father, whom she was taking care of during his battle with cancer and even earlier when he came back from the Vietnam War having lost his hearing . She’s stopped running, which was her passion before taking care of her father took precedence, but it lead to her fiancé finding someone else.  Now Constance just gives massages to her clients–both humans and dogs–and sits home alone. That is until she decides to join a CrossFit gym on a whim, and it only takes a few classes for her to be hooked–and sore. But she keeps coming back to the different classes offered, and she tells herself it has absolutely nothing to do with the handsome and gruff owner Rhett Santos.

Rhett Santos is a veteran who came back from overseas with more than PTSD, he also has a leg injury that’s left him with a limp. Living with the pain and giving up on it ever getting better, he’s intrigued by the woman who stumbles into his gym and starts working out–way out of her element–but doesn’t give up or back down. And Rhett is even more interested, even though he won’t admit it to himself or anyone else, once Constance shows him what she can do when she is in her element and massaging his leg into usability again.

Younger sister Sunny Morrigan deals with her feelings by being outwardly positive, teaching spin classes and running Pittie Place, her animal rescue. She can’t leave a mistreated animal behind, whether she has to steal it or not. And that has gotten her in trouble with the law a few times and even made her a few enemies. She thinks that she can handle these threats on her own, even when she can’t stay away from the animals. But Sunny has bitten off way more than she can chew, in both the animal rescuing and men department.

I really loved how Rhett and Constance push each other out of their comfort zones, and in turn, they both can really see the other one more clearly than anyone else can. Constance has the sixth sense about people and dogs auras, so she can easily read people and their pain. Rhett can see bits of the old Constance that wants to peak through, and he tries his best to get those bright bits to come to the forefront by challenging her physically and emotionally.

I give Rescue You a five out of five. I loved the gym aspects, and it certainly made me miss the comradery and support system that places like that offer since I’m away from my kickboxing gym due to an injury right now. Rescue You explores how you can find a supportive family in strangers, and even though your life isn’t going the way you expected it to, it will get better if you work at it. The plot was delicately woven and evenly paced so I just kept reading and didn’t want to put it down. There’s plenty of room to explore the other characters more fully, so I can’t wait to see who will star in the next book! Read an excerpt from Rescue Me here. 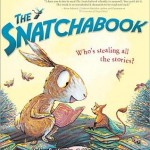