In 1934 the tiny town of Barmy, Oklahoma, is in desperate need of a miracle. The cows are hungry, the rain won’t fall, most of Main Street is boarded up. Young aspiring trapeze artist Sugar Watson is dumped unceremoniously into this bleak setting with little money and only one thing on her mind—escape. Beulah Clinton, a Holy Ghost preacher, has dedicated herself to helping the distressed in this ragged little wasteland, and Sugar soon finds herself thrown in with Marigold Lawford, the simple-minded widow of the richest man in town, and Homer Guppy, a boy trouble follows like dust after a wind.

On Black Sunday, the worst dust storm in history brings with it a choice: Sugar must decide whether or not to return home, leaving the hospitality—and love—of Barmy’s inhabitants. A stunning Depression-era literary novel with a touch of magical realism, Beulah's House of Prayer captivates until the very end.

I first encountered Cynthia A. Graham’s writing with her debut, Beneath Still Waters, and I fell in love with her writing and her characters. She has such a way of writing historical fiction that doesn’t stick out as taking place in the past, and the people are so unique and vivid that they still stay in my mind even though I read the book back in February 2016. Beulah’s House of Prayer is her first stab at historical fiction with a touch of magical realism, and I was entranced throughout this entire book. I fell in love with the characters of this dusty small town in depression era Oklahoma from the first pages, and my love for them only grew throughout the book. The narrator is the main character’s daughter, and the chapters start off with a few paragraphs of her life together with her family before seamlessly transitioning into the stories of the residents of a small town in the panhandle of Oklahoma. This made the book feel much more personal and in depth to me.

Fifteen year old Sugar Watson arrives in Barmy, Oklahoma at the height of the Depression and the dust storms, with only three dollars to her name, a trunk containing her deceased mother’s trapeze costumes, and a coffin containing her father’s body. This was as far as the train would take her from Texas with the small amount of money they’d had, so she’s stuck there, at the mercy of locals’ charity until she can get word to her father’s booking agent in Chicago, and the woman can arrange for Sugar to come back to the Windy City. Sugar meets Beulah Clinton, a fiesty elderly Holy Ghost preacher who rolled in to town some time ago and set up shop in a shack on the edge of town, feeding anyone who needs it and offering a bit of prayer and advice even when they don’t need it. Sugar’s taken in at once with few questions asked–it’s like Beulah already knows everything there is to know about Sugar, so she comes to live with Beulah and another young woman named Marigold Lawford–who’s having quite a hard time herself.

The town of Barmy is half-boarded shut and the train doesn’t even stop their regularly anymore. From Sugar and her refusal to be just a housewife because she was destined to be a circus performer just like her mother and father, to sweet, trusting widow Marigold who let everyone walk all over her because she never thought to put herself first–even when she’s pregnant and penniless–to young Homer Guppy, the town troublemaker who gets into a ton of mischief as a way to work out his frustrations when his alcoholic father beats him mercilessly, Barmy is full of people who could just lay down and accept their fate, especially when the town seems to be slowly swallowed up by dust day after day. But they find a way to band together, to depend on each other when things seem bleak and hopeless. Sugar and Homer become friends over a search for Beulah’s supposed fortune, and Sugar reluctantly comes to care for Marigold and Beulah after months of their cohabitation and friendship.

I give Beulah’s House of Prayer a five out of five. Hope is something that runs throughout this book, and it keeps all of the beautifully flawed characters going no matter how bleak life gets in Barmy. I really loved how another theme was that you have to sacrifice some things for love, but you’ll get bigger rewards in return. Sugar learns this in spades in the end. The oppressive atmosphere, the depressing location, and the hopelessness of the economy and the weather during the early 1900s is so vibrant and lifelike that I felt the despair of the characters and their grasping for anything to hold onto that gave them a bit of happiness and hope. The smaller amount of magical realism that swelled towards the end of the book wasn’t over the top, and it fit in well with the book. I love Cynthia A. Graham’s writing and her ability to forge characters and settings that really come to life in a timeless way.

Cynthia A. Graham has won several writing awards, including a 2 015 Midwest Book award for Mystery and the 2016 Gold IPPY from Independent Publishers magazine in the Mystery/Cozy/Noir category (Blank Slate Press) for her debut novel Beneath Still Waters. Her short stories have appeared in both university and national literary publications. She attained a B.A. in English from the Pierre Laclede Honors College at the University
of Missouri in St. Louis. Cynthia is a proud member of the St. Louis Writers’ Guild, The Missouri Writers’ Guild, the Historical Novel Society, and Sisters In Crime. She is the author of three novels: Beneath Still Waters (Blank Slate Press), Behind Every Door (Blank Slate Press), and the forthcoming Beulah’s House of Prayer (Brick Mantel Books) .

Her books are available at Amazon.com, Barnes and Noble, or your local independent bookstore.

Connect with Cynthia A. Graham

Enter the Rafflecopter widget below for your chance to win a copy of BEULAH’s HOUSE OF PRAYER. Open to US/Canada residents only. 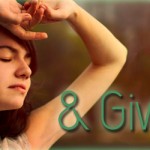 One Response to “Blog Tour Review and Giveaway – Beulah’s House of Prayer by Cynthia A. Graham”