From critically acclaimed and New York Times bestselling author Jason Mott comes a spellbinding tale of love, sacrifice and the power of miracles.

On an ordinary day, at an air show like that in any small town across the country, a plane crashes into a crowd of spectators, killing and injuring dozens. But when the dust clears, a thirteen-year-old girl named Ava is found huddled beneath a pocket of rubble with her best friend, Wash. He is injured and bleeding, and when Ava places her hands over him, his wounds miraculously disappear. Ava has a unique gift: she can heal others of their physical ailments. Until the air show tragedy, her gift was a secret. But now the whole world knows, and suddenly Ava is thrust into the spotlight. People from all over the globe begin flocking to her small town, looking for healing and eager to glimpse the wonder of a miracle. But Ava's unusual ability comes at a great cost, her own health, and as she grows weaker with each healing, Ava begins searching for an escape. Wash agrees to help Ava, but little does she know he has his own secret he's been harboring, and soon Ava finds herself having to decide just how much she's willing to sacrifice in order to save the one she loves most. In a small town during an air show, thirteen-year-old Ava and her best friend Wash are trapped under an airplane that crashed. While Ava isn’t very severely injured, Wash is nearly killed. When Ava lays her hands on him and Wash’s injuries mysteriously disappear, everyone now knows of Ava’s gift to heal. But every time Ava heals someone, she’s left weaker and more sick–until there’s almost nothing left of her.

Soon, her sleepy town is inundated with people wanting a piece of Ava, wanting to be healed. Her sheriff father has a hard time knowing who he can trust, and even her pregnant step-mother could use with some healing. The depths that some people will go to in order for Ava to help them is surprising. But the ultimate sacrifice that Ava decides on her own that she must make clenches the book for me.

Wash and Ava’s friendship is so great. They’ve been fast-friends since they were six years old, and even after all these years, they’re more like family now. Through Ava losing her mother to suicide and Wash losing his mother to a car accident, then his father walking away, both of them have had a hard road so they lean on each other quite a bit. But they’re normal kids: smart, adventurous out in the woods surrounding there houses, and reading all the time. There relationship makes me smile.

While predictable, The Wonder of All Things rolls on at a decent pace as Ava and Wash–who are the smartest and most mature people in the book–try to navigate the murky waters that are adolescence, dead parents, and illnesses. The parents that are around don’t seem to notice until it’s really late that Ava is sick, and I think that really speaks about the selfishness and inattentiveness that we can have when other problems are plaguing us.

I give The Wonder of All Things a four out of five. Intriguing questions were brought up in this book–like how to deal with people who suddenly want a piece of your child or how not to react when your child becomes ill–but then other things just fell flat. No one sticks up for Ava and tells the outside world that Ava can’t heal without getting a life-threating sickness–not her father or step-mother, not even the doctors studying her. But Wash knows and as her best friend, he keeps her secret. Nothing of much danger really seems to happy so this isn’t a book for anyone looking for danger or too much excitement–it’s much more emotional and cerebral.

Jason Mott lives in southeastern North Carolina. He has a BFA in Fiction an d an MFA in Poetry, both from the University of North Carolina at Wilmington. His poetry and fiction has appeared in various literary journals.  He was nominated for a 2009 Pushcart Prize award and Entertainment Weekly listed him as one of their 10 “New Hollywood: Next Wave” people to watch.

He is the author of two poetry collections: We Call This Thing Between Us Love and “…hide behind me…”  The Returned will be published internationally in over 13 languages and is a New York Times Bestseller.

The Returned is Jason’s debut novel and has been adapted by Brad Pitt’s production company, Plan B,  in association with Brillstein Entertainment and ABC.  It airs on the ABC network under the title “Resurrection.”

The Wonder of All Things is Jason’s second novel.

Enter the Rafflecopter widget below for your chance to win a copy of The Wonder of All Things. Open to US/Canada residents.
a Rafflecopter giveaway 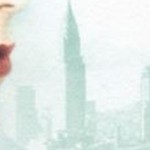 « 10 Facts & Fiction about The Unraveling by Laurel Wanrow & Giveaway
The Bourbon Kings by J.R. Ward – An Epic Family Saga »