Last month I shared my Top 5 Reasons Why to Read Becoming Jinn by Lori Goldstein, which was an adorable and super cute read. This is why I’m excited to host Lori and Becoming Jinn on her Summer Blog Tour today with an adorable post where Henry and Azra Discuss Top Three Beach Reads! Becoming Jinn’s Henry and Azra are both voracious readers. We gathered the two best friends and asked them to share their top three beach reads. A . . . lively—

“Welcome and thanks for coming by to share your favorite beach reads with our readers. We’re always on the lookout for great recommendations.”

“You have many great traits, Henry,” Azra says, leaning over the table, “but recommending books? Not one of them.”

“That’s not the problem.”

“What your reading.” Azra taps the stack of books on the table in front of Henry. “Seriously, it’s like you’re a middle-aged woman on the prowl. A cougar.” She holds up a bodice ripper (that I, the fearless…moving toward fearful…interviewer happens to also own). “I mean, come on, Henry.”

A snarl curls Henry’s upper lip and he flips his glasses to the top of his head. “At least I choose my own books. I don’t let a pair of abs tell me what to read.”

“Pack of abs. Abs come in six packs not pairs.”

Henry shoves his glasses back up his nose. “That’s not the point.”

With a look toward me, Henry’s cheeks flush. “Can we just get back on topic,” he says.

“You’re the one who took us to abs,” Azra says, once again nodding toward the bodice ripper.

“Fine.” Henry crosses his arms across his chest. “Tell us about your beach read.”

Azra reaches into the backpack beside her chair. “Zeitoun,” she says proudly. “It was recommended to me by a friend.”

Henry’s chair screeches as he slides it back to look out the window.

“Funny, doesn’t seem like your kind of book,” Henry says.

“Why not? The Nadiras are all about serving the greater good.”

(That there is subtext here is clear, but unfortunately I have no idea what it may be.)

“Yeah, well, it’d be nice if ‘greater good’ hit a bit closer to home.” Henry pushes a newspaper with help wanted ads circled in a red pen farther away from him.

Azra’s voice lowers to a whisper. “You’re dad’s still not having any luck?”

Henry places his hand over Azra’s. “No, it is. More than enough.”

(The tension here is even stronger than in that bodice ripper.)

“Yes, well,” I say. “Any other recommendations?”

They both look up, startled that I’m still here.

“How many have we given?” Azra asks.

“Uh, one? Maybe one and a half?” I say. Getting three each will keep us here all night, and I have a date. “How about just one more? One you can both agree on, perhaps?”

Azra runs a finger down Henry’s stack. She stops and pulls one out, keeping her eyes fixed on Henry.

“‘The Body,’” Azra and Henry say at the same time.

“It’s what the movie Stand By Me was based on,” Henry says.

“And dead bodies,” Henry says with a grin that brings out his dimples.

As the two laugh, transitioning into a debate over whether the pie-eating contest was depicted better in the book, er novella, or movie, I excuse myself. But not before slipping a romance novel I’ve been dying to read out of the stack. It’s an ARC. Not even out yet. How Henry got his hands on this one, I’ll never know. Though I’m betting Azra had a hand in it. There’s some sort of magic between these two.

Follow all the stops on the Summer of Jinn Blog Tour:

Forget everything you thought you knew about genies!

Azra has just turned sixteen, and overnight her body lengthens, her olive skin deepens, and her eyes glisten gold thanks to the brand-new silver bangle that locks around her wrist. As she always knew it would, her Jinn ancestry brings not just magical powers but the reality of a life of servitude, as her wish granting is controlled by a remote ruling class of Jinn known as the Afrit.

To the humans she lives among, she’s just the girl working at the snack bar at the beach, navigating the fryer and her first crush. But behind closed doors, she’s learning how to harness her powers and fulfill the obligations of her destiny.

Mentored by her mother and her Zar “sisters”, Azra discovers she may not be quite like the rest of her circle of female Jinn . . . and that her powers could endanger them all. As Azra uncovers the darker world of becoming Jinn, she realizes when genies and wishes are involved, there’s always a trick.

orn into an Italian-Irish family, Lori Goldstein earned her bachelor’s degree in journalism and worked as a writer, editor, and graphic designer before embracing her love of fictional people. Lori is the author of the young adult contemporary fantasy series Becoming Jinn (Feiwel and Friends/Macmillan, April 21, 2015; Sequel, Spring 2016). When not writing or reading (preferably from a sandy local), Lori can be found chatting books and perfecting the art of efficient writing through Twitter (@loriagoldstein). You can visit her online at www.lorigoldsteinbooks.com, Tumblr and Instagram: lorigoldsteinbooks.com. Click here to enter the SUMMER OF JINN Blog Tour Giveaway! Lori’s giving away two $20 gift cards: one to her local indie Harvard Bookstore and one to B&N! Redeemable in person or online. Open internationally. And she’s also running a special promotion in honor of the summer season. Buy #BecomingJinn by July 30 and receive free bracelet temporary tattoos. More info on Lori’s blog.

Isn’t this an adorable post? I love how they both interact with each other and I try enjoyed the book! so good luck entering the Giveaway!

Explosive, Quirky and Fun – Two Lies and a Spy by Kat Carlton & Giveaway
Hush Hush Discussion and contest ahead! 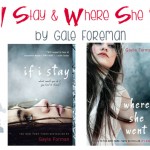