Every year we have a few books that completely blow you away! Snow like Ashes is one of these books for me! I loved it so so much, that I even wrote a Love Letter to the Author!  So, when I got the chance to be on the Blog Tour, I was thrilled and super excited!

And.. I am even more excited with the Guest Post today! You know much I love romance and also how much everyone loves different POV’s. So I asked Sara is she could describe and introduce us the main character and kick ass heroine Meira from Mather’s POV! And .. HOLY COW Guys, this is so awesome!  I am so excited that Sara played along with this!

So, I am super proud to present this exclusive piece here on the Blog!

When Bewitched Bookworms presented me with the option of writing a description of Meira from Mather’s POV, I knew I had to do it. I adore writing from Mather’s POV—I’ve written from a lot of other SLA characters’ POVs over time, through exercises on my own, and for some reason his POV is always one of my favorites.

For those of you who don’t know who he is, Mather is the heir of Winter, the king of the kingdom Meira spends SLA fighting to get back. He’s an interesting man in his own right, though—at sixteen, he’s only ever known his kingdom to be enslaved and out of reach, and though he’d do anything to free it, he’s haunted by one crippling fact: the source of Winter’s power is a locket that can only be used by the female of his bloodline. So while Mather may be a good king someday, he will never be the ruler Winter needs, and this shortcoming has plagued him forever.

So he’s got a lot of baggage. Which is fun for me. Not so much for him, though.

They had been in Ventralli the first time they had seen snow.

Mather couldn’t remember how old they had been—ten? Eleven? Young enough that they instantly tried to catch snowflakes on their tongues, old enough that they knew not to say out loud how neither of them had seen snow before. William and Greer had been inside a shop, picking out various types of dried beans to add to their supplies, while Mather and Meira had been outside with the already laden cart, stricken with awe when the first crystallization landed on their skin.

Meira held her hand up, staring at a snowflake perched on her palm. She didn’t say anything, no cry of joy or exclamation of wonder—she just stared, and gaped, her eyes wide, her lips parted. Mather himself could barely breathe, afraid any motion would send the snowflakes scattering away like ants running from a boot.

She closed her fingers around the snowflake and shot him a smile through the specks of white that streaked the air. Her smile called to his, powerful, ardent happiness expressed in one swift cut of her lips.

But after today, he just might need both hands.

He’d faked an injury so she could go on a mission to Spring. And she’d smiled at him like she had in Ventralli, like he was the first snowfall she’d ever seen.

Mather jerked forward, dropping the wood he’d been stripping, his knife scattering into the embers of the fire at his feet. One leg sat cocked under him; the other, “injured,” stretched out in a semi-useless position.

“Fine,” Mather said without looking up at William. He scrambled for his knife and hissed when the embers singed his fingertips.

William dropped into a crouch next to him but Mather kept his eyes averted. “You want Alysson to take a look?”

Movement caught Mather’s attention and he swung toward the tents across the fire. Sunlight made the flames unnecessary but for cooking, and the pot of stew that boiled sent plumes of steam into the air, obscuring the scene so all Mather could see was the faint outline of Meira slinging a pack over a horse’s back. His stomach cooled, a knot unwinding in his gut.

She pivoted toward him, or maybe toward William, but she didn’t hover long enough to do anything, like she feared William would revoke his order and make her stay instead of go to Spring if she didn’t leave fast enough.

Meira ducked back into her tent.

William pushed out a grumbled sigh. “Be careful.”

Mather jerked his attention back down. “Always am.”

“No,” William countered, and the tension in his tone made Mather look at him, finally. Hard eyes met Mather’s, a ground jaw, brows taut. “You’re focused. That’s different. You know what you want and you know how to get it—but you have a lot to learn about being careful.”

Mather’s grip on the wood and knife tightened until his hands cramped. He didn’t want to hear William’s reasoning again—“When we get our kingdom back, you and Meira will be in two different worlds. Nothing can happen between you.”

“Then I guess I’ll learn how to be careful.” The snap in Mather’s voice surprised himself, but he flipped his eyes back across the campfire to avoid seeing William’s reaction. He’d no doubt have to pay for such an attitude once his ankle “healed” and he resumed training.

Meira emerged from her tent again, the chakram on her back glinting sunlight off its blade as she double-checked her horse. She swung around, surveying the area with the last look of someone mentally recounting a list, and stopped when her eyes latched onto Mather.

She stiffened, teeth worrying her lower lip in the quirk Mather had noticed she manifested long ago. Whenever she was contemplating or fidgety—he wasn’t even sure she knew she did it, but ice above, it did horrifically detrimental things to Mather’s ability to think.

Meira cast a nod at him, a small smile, and swung up onto her horse without coming to say farewell or calling out to him. Maybe because William still knelt beside him, no less severe.

“Yes,” William continued their conversation like Mather hadn’t looked away. “What concerns me is the cost you will accumulate while you learn caution.”

Mather clenched his jaw. “I know well the costs of living. You haven’t let me forget.”

Mather glared at him. He couldn’t help it, but it faded when William returned his glare with a withering, watchful gaze.

Mather bent his head in something like a bow of surrender. “I help my people when I can,” was all he let himself say on the matter, a formal, political, meaningless statement.

William pulled to his feet. “As long as that’s all she is to you.”

That dug into him, but Mather didn’t show it, holding until William walked off into camp. When he was gone, Mather slumped toward the fire until the heat licked his cheeks.

As long as that’s all she is to you.

Mather’s eyes snuck up, searching the empty area for Meira. But she was gone now, gone with Finn, on their way to Spring.

He didn’t know if there had ever been a time when he could have honestly said Meira was “just one of his people.” But he wasn’t careless, no matter what William said. He wouldn’t do anything reckless—Meira was capable. She would do well on this mission.

And he couldn’t imagine regretting something that had made her smile like that.

Sara, Thank you so so soooo much for this!!! If I wouldn’t be already in love with Meira before, I would be now! And… as I am so Team Mather – so this last part completely broke my heart again!

This is really one of the most amazing Guest Posts I ever had the honour of hosting on my Blog! Sara Raasch has known she was destined for bookish things since the age of five, when her friends had a lemonade stand and she tagged along to sell her hand-drawn picture books too. Not much has changed since then — her friends still cock concerned eyebrows when she attempts to draw things and her enthusiasm for the written word still drives her to extreme measures. Her debut YA fantasy, SNOW LIKE ASHES, the first in a trilogy, comes out October 14, 2014 from Balzer + Bray. It does not feature her hand-drawn pictures. Seriously guys, isn’t this amazing? Doesn’t this make you want to pick up this amazing story right now? Do you now want to get to know Meira and Mather and see what will happen to them? 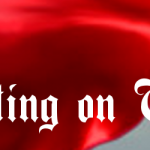 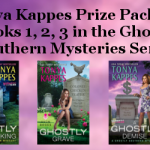 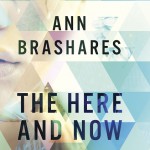 17 Responses to “Snow Like Ashes Blog Tour with an exclusive Scene!”