Growing up on Forge's streets has taught Kyra how to stretch a coin. And when that's not enough, her uncanny ability to scale walls and bypass guards helps her take what she needs.But when the leader of the Assassins Guild offers Kyra a lucrative job, she hesitates. She knows how to get by on her own, and she's not sure she wants to play by his rules. But he is persistent-and darkly attractive-and Kyra can't quite resist his pull.

Tristam of Brancel is a young Palace knight on a mission. After his best friend is brutally murdered by the Demon Riders, a clan of vicious warriors who ride bloodthirsty wildcats, Tristam vows to take them down. But as his investigation deepens, he finds his efforts thwarted by a talented thief, one who sneaks past Palace defenses with uncanny ease.

When a fateful raid throws Kyra and Tristam together, the two enemies realize that their best chance at survival-and vengeance-might be to join forces. And as their loyalties are tested to the breaking point, they learn a startling secret about Kyra's past that threatens to reshape both their lives.In her arresting debut novel, Livia Blackburne creates a captivating world where intrigue prowls around every corner-and danger is a way of life.

I admit, I was drawn in by the cover because I think it’s absolutely fantastically awesome. Then, reading the synopsis I was hooked and I really wanted to know Kyra!

Lately, I’ve been in the mood for Epic Fantasy and Midnight Thief comes with a fantastic setting. A medieval land which is suddenly faced by some mysterious dangerous creatures. Kyra our heroine is an orphan who grew up in the streets and finally realized how talented she is in stealing, but moreover she can climb things with a grace and silentness that no one else has ever seen before. Soon  she attract the assassin guild who want to recruit her to help them fight against the authorities of the city. Of course, they make her believe that she’s fighting for the good of all people. So there is political intrigue, fight for power and some power hungry men that add in the perfect space and backdrop of this story.

Kyra – our “robin-hood-like” thief with the big heart.

I loved Kyra as a heroine because she was simply not perfect. Leave alone that she was actually stealing, she still had her heart at the right place and only did “robin hood” like stealing. But, really Kyra wantes to fight for her people, meaning those that no one ever fights for. The poor, the orphaned kids. However, Kyra went into all of this with a little naivety that actually felt perfectly genuine. She is 17 after all and raised by others of her kind. I loved her strength and again, I loved her good heart, despite all the mistakes she made along the way.

Then there is Tristam- our knight in shining armor!

Besides Kyra – the other main character who also gives us chapters from his POV is Tristam and he’s the perfect counterpart to Kyra. They both complete each other in so many ways. They open each other ways and make them think more deeply. When they cross path and actually thrown together to fight against the mysterious dangerous creatures, they develop a beautiful slow budding romance, that was quite adorable!

Admittedly, the beginning was rather slow and it took me a while to get into the book. I can’t exactly what was missing in the beginning – but soon I was super hooked! Especially when Kyra made her biggest mistake yet and she suddenly has to fight to stay alive the plot thickened, because more intriguing and detailed. And of course I was waiting for a magical element, which I always love to have in a Fantasy story. So after I got over the slow beginning I was completely hooked and in love with Kyra, Tristam and the whole story.

Midnight Thief is the perfect story for all lovers of fantasy. It has all the elements for a rich story, filled with political intrigue, mysterious creatures and a romance that is adorably cute! I would even go ahead and say if you love Robin Hood themed story, or a fan of the Throne of Glass series than please add this book to your list!

There is a Pre-quel available for FREE which features the assassin guild leader (who is a quite intriguing character) and is set before the events of Midnight Thief.  It got some great reviews so go ahead and get your copy while it’s still free!

And? what do you think about this book? Are you excited about Midnight Thief, do you love epic Fantasies? 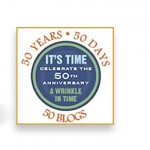 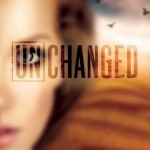