A doll that may be haunted leads three friends on a thrilling adventure in this delightfully creepy novel from the New York Times bestselling co-creator of the Spiderwick Chronicles. Zach, Poppy, and Alice have been friends forever. And for almost as long, they’ve been playing one continuous, ever-changing game of pirates and thieves, mermaids and warriors. Ruling over all is the Great Queen, a bone-china doll cursing those who displease her. But they are in middle school now. Zach’s father pushes him to give up make-believe, and Zach quits the game. Their friendship might be over, until Poppy declares she’s been having dreams about the Queen—and the ghost of a girl who will not rest until the bone-china doll is buried in her empty grave. Zach and Alice and Poppy set off on one last adventure to lay the Queen’s ghost to rest. But nothing goes according to plan, and as their adventure turns into an epic journey, creepy things begin to happen. Is the doll just a doll or something more sinister? And if there really is a ghost, will it let them go now that it has them in its clutches?

Happy Friday, and welcome to the latest installment of our feature. I finally got a library card (it only took me a little over a decade to do it since I moved here). As I perused the selections looking for an ebook or audiobook to borrow, Holly Black’s middle grade horror novel Doll Bones caught my attention. Twelve-year-olds Zach, Poppy, and Alice spend their free time playing with dolls and action figures, bringing to life complex and descriptive imaginary worlds full of pirates, ladies, high seas, mermaids, and dangerous adventures.

When Zach’s father decides that he’s too old to play with toys anymore and throws them away, Zach reluctantly tells Poppy and Alice that he doesn’t want to invent stories with them any longer. But before he can really separate himself from the girls, Poppy tells them that she’s being haunted by the ghost of a girl who died and whose bones were ground up and made into the china doll that is locked in a glass case at Poppy’s house. The bone china doll “Queen” wants them to reunite her ashes (which are inside the doll) with a grave in a neighboring state, and the three friends reluctantly go on one last real adventure. Strange things start happening along the way, and their friendship is tested in ways they didn’t think possible.

Doll Bones is a novel about friendship and growing up, and how you change and your relationships change when all of that happens. That important transitionary period between childhood and the teenaged years leaves the three friends questioning their friendship, especially just what their friendship is when feelings evolve in this new, uncertain time in their lives.

I give Doll Bones a four out of five. The levels of horror and creepiness were appropriate for the middle grade age level. More of an adventure novel than a supernatural/horror focused book, the creepy doll lends just enough uneasiness to the story to make you question what is real and what is imagined. This is an enjoyable read for adults and kids alike.

I listened to the audiobook provided by my local library

Get your own Audiobook at Audible: Doll Bones.

I liked Nick Podehl’s performance, and he did the different voices for the main characters really well. With great emotion and pacing, I definitely recommend this audiobook. 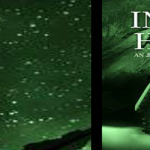 « Listen Up! YA Audiobooks you need to Listen!
BEA 2014 -Young Adult Books that you need to watch out for! »