hy72ir6n49g5z831meqb The Truth About Alice by Jennifer Mathieu • Bewitched Bookworms

Everyone knows Alice slept with two guys at one party. When Healy High star quarterback, Brandon Fitzsimmons, dies in a car crash, it was because he was sexting with Alice.

Rumor has it Alice Franklin is a slut. It's written all over the "slut stall" in the girls' bathroom: "Alice had sex in exchange for math test answers" and "Alice got an abortion last semester." After Brandon dies, the rumors start to spiral out of control.

In this remarkable debut novel, four Healy High students tell all they "know" about Alice--and in doing so reveal their own secrets and motivations, painting a raw look at the realities of teen life. But in this novel from Jennifer Mathieu, exactly what is the truth about Alice? In the end there's only one person to ask: Alice herself.

I knew that this book would get me thinking and it did, but I like these books that try to point to the darker side of being Teenager.

Told from many Point of Views but not from the person it is about!

The chapters are decided into the different kids tellings us the story of Alice, what happened – or rather what they think has happened and how they see Alice. I found it a rather brilliant way to tell us Alice’s story as it added a whole amount of intrigue and wondering what is the truth.

Alice is supposedly a slut – having slept with 2 boys at a party and her slutiness also lead to the death of one of the boys. And this boy was the golden boy – handsome , charming and the QB of the Football team. Needless to say everyone has a say in what happened.

Usually, I am not the biggest fan of multiple POV’s but here it worked perfectly! Moreover, each POV had a very distinct voice something I often find lacking in other multiple POV stories. but Jennifer Mathieu did a fantastic job in creating unique characters.

Bullying and did no one care about Alice???

The book perfectly creates a picture of a whole school bullying one single girl and how it started with one rumor and then totally exploded and then run completely out of control. Everyone knows something about Alice and especially the girls are terribly mean, which truly also brought some tears into my eyes. The way it got worse and worse made me actually fear for a happy ending, was it not for the one singly POV who stuck out. One boy, who knows what it means to be avoided by the other kids actually tries to look behind all the rumours and looks closely at Alice herself. In the end he’s saving her and I loved to see a glimpse of hope and goodness in this book too!

The Truth About Alice is wonderfully written and pictures a story that can happen like this any day in any school. How rumors run out of control and how this affects the life of a Teenager. Also, the arc of suspense was incredibly crafted and made it often impossible to close the book – all we wanted to know was what really happened, where the truth lays and if the kids finally realize what they are doing and how they are ruining another persons life.

I loved when we got a final chapter told finally from Alice POV, which also lead us to a wonderful and honest ending!

The Truth About Alice by Jennifer Mathieu is a brutally honest story about bullying and how rumors can very fast and very dangerously run out of control. It is brilliantly written and told from different POV of kids who were involved in the ultimate destruction of one single girl. but it also offers hope, not only with a wonderful ending but also with some of the kids  thankfully showing us a little that they do reflect what they did!

This was a powerful debut from Jennifer Mathieu and I am looking forward reading more from her. Also, I wanted to mention the absolutely amazingness that is this cover – it’s perfect and beautiful and first so incredible to the story! 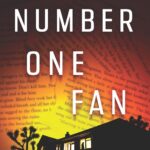 Plus One by Elizabeth Fama
You’re Invited to the Midsummer Dream Fair ! 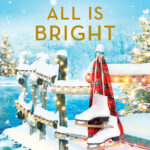 All is Bright by RaeAnne Thayne
The Morganville Vampires…

8 Responses to “The Truth About Alice by Jennifer Mathieu”