I’m super to host Jessica Sorensen today for a special feature about her newest release The Coincidence Of Callie And Kayden and more excitingly, her books are no available also on audiobook! Thanks to the amazing people from Hachette we also have a giveaway for you guys later….

And now, please welcome Jessica for an Interview about Audiobooks and New Adult:

Are you a fan of audiobooks yourself? If so where do you listen most?

I love audiobooks! The two places I listen to them the most are in the car and while I’m working out.

What was the best part of hearing your characters portrayed aloud?

For me listening to books on audio is almost like watching a movie but without the visual part of it and I think that adds more dimensions to the characters.

For fans of yours who already love your characters, including Callie and Kayden, would you say listening is a good way to re-experience your books?

I do think it is a good way for readers to re-experience my books because I think hearing an actually voice read and portray a character they love adds a little more to the story.

Do you anticipate the popularity of audiobooks continuing to grow in tandem with the rise of the New Adult genre? It seems like a perfect medium (along with ebooks) for people who might not want to share their steamier reads — what do you think?

What do you think of Leslie Bellair as a narrator?

I think she did a great job! I was actually surprised at how well the voice matched to what I would imagine Callie’s voice sounding like. The Coincidence Of Callie And Kayden by Jessica Sorensen

Luck was not on Callie’s side the day of her twelfth birthday when everything was stolen from her. After it’s all over, she locks up her feelings and vows never to tell anyone what happened. Six years later her painful past consumes her life and most days it’s a struggle just to breathe.

For as long as Kayden can remember, suffering in silence was the only way to survive life. As long as he did what he was told, everything was okay. One night, after making a terrible mistake, it seems like his life might be over. Luck was on his side, though, when Callie coincidentally is in the right place at the right time and saves him.

Now he can’t stop thinking about the girl he saw at school, but never really knew. When he ends up at the same college as Callie, he does everything he can to try to get to know her. But Callie is reserved and closed off. The more he tries to be part of her life, the more he realizes Callie might need to be saved.

Listen to an excerpt of the Audio

Book II in the The Coincidence series is out now!

Find it on goodreads and get a copy on amazon I’m the author of the Fallen Star Series, the Darkness Falls Series, the Death Collectors Series, and the New York Times and USA Today Best Seller, The Secret of Ella and Micha, a New Adult Contemporary novel.

I love writing and reading almost anything that is YA. Some of my favorite authors are Cassandra Clare, Sarah Dessen, Becca Fitzpatrick, Abbi Glines, Tammara Webber, Jamie McGuire and Jennifer L. Armentrout. I’m also an avid watcher of TV series The Vampire Diaries and of Modern Family.
I absolutely love music. When I’m writing, 9 out of 10 times I have music blaring in the background. My list of favorite songs could go on and on, since I have a very broad taste in music. But a few of my favorite bands are Chevelle, Rise Against, Alkaline Trio, Brand New, Death Cab for Cutie, Flight 409, Nirvana, and I’m going to stop there or else I’ll keep going on forever.
I don’t really have any favorite movies, but a few that I could watch over and over again are Anywhere but Here, Juno, Pride and Prejudice, The Hangover, and Bad Teacher.

And now, thanks to Hachette  we do have one paperback copy of  The Coincidence Of Callie And Kayden for you to win! Giveaway is US only, entries via the Rafflecopter below. 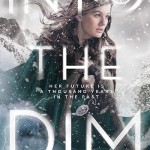 Pre-Squee about… Into the Dim by Janet B. Taylor
Happy Holidays and Merry Christmas! 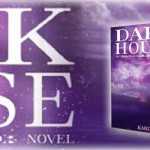 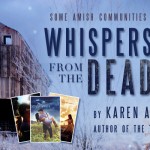 29 Responses to “Feature & Giveaway: The Coincidence Of Callie And Kayden by Jessica Sorensen”