Three levels. Two loves. One choice. Debut novelist, Lenore Appelhans has written a thrilling otherworldly young adult novel about a place that exists between our world (Level 1) and what comes after life (Level 2).

‘I pause to look around the hive – all the podlike chambers are lit up as the drones shoot up on memories … I’ve wanted to get out of here before, but now the tight quarters start to choke me. There has to be more to death than this.’

Felicia Ward is dead. Trapped in a stark white afterlife limbo, she spends endless days replaying memories, of her family, friends, boyfriend … and of the guy who broke her heart. The guy who has just broken into Level 2 to find her.

Felicia learns that a rebellion is brewing, and it seems she is the key. Suspended between heaven and earth, she must make a choice. Between two worlds, two lives and two loves.

The end is only the beginning…..

Dead’s Not What It Used To Be

Right from the start, Level 2 was so much more different than I thought it would be.  I loved that while Felicia was dead, that was almost a side note to the story.  The main focus is the mystery of why things are starting to change in the community of sorts she lives in.  Her afterlife is stranger than I imagined it would be as well:  audio-visual immersion pods, no angels or devils or dieties of any sort to be seen and  no hair?!?!  No hair????  No thank you!  I’m going to stay a live, thank you very much!  But the reader is drawn in by these and other little details that accumulate into the seamlessly built otherworld of Level 2.  Combined with the vivid descriptions of her visions from her past and I was hooked into this strangely compelling mystery story of Felicia and her journey through her afterlife.

Bad Boys, Good Boys and The Girl In Between

The crux of Felicia’s afterlife is that she’s supposed to deal with the issues from her life before she can move onto the next level.  And for as short of a life she lived, you’d think she wouldn’t have SOO much to deal with.  WRONG!  Felicia had some serious drama in her life.  She made some bad choices which led one way or another to some pretty big, bad events.  When the reader nears the end and sees just what it is that Felicia’s been not dealing with all along…well, suffice it to say, I wouldn’t want to have dealt with it either, and I’m way older.

Mixed in with Felicia’s growing ability to look back at her issues is her coming to acceptance with her relationships with the two guys in her life:  Julian and Neil.  While they’re very different guys, there are some interesting parallels.  The one I was most interested in was the fact that I wasn’t entirely sure how well Felicia knew these young men.  Of course, Ms. Appelhans leaves some secrets in reserve for future books, still….I wouldn’t advise folks to think they have these guys fit into their individual boxes just yet….

With it’s unique take on the afterlife and a great mystery that keeps the pages moving, Lenore Appelhans’s Level 2 is a fascinating read!

Get your own Audiobook at Audible: Level 2 (unabridged, 8hrs 19min)

I liked the audiobook version of this story.  The narrator, Jenna Lamia, has a great voice for YA heroines, and will sound familiar to those of you who grew to love her narration skills from Maggie Stiefvater’s Shiver series.  If you enjoy audiobooks, you should definitely consider snagging Level 2 in this format! 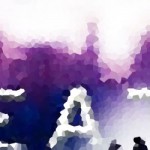 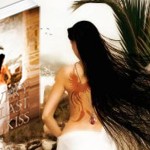