What In God’s Name Audiobook provided by Hachette Audio in exchange for honest review

After running Heaven for millenia, God has grown bored and spends his days golfing, micromanaging NASCAR, and bugging his angels to get the remaining members of Lynyrd Skynyrd back together. When a lower level angel in the Miracles department named Eliza calls God out on not answering the prayers that she had spent several years painstakingly color coding and sorting, he decides to fold the business and pull the plug on humanity. After all, it’s xenon that’s the money maker for God, not humans.

When Craig, who is one of the highest producing angels in the miracles department, tries to talk God out of bringing on the Armageddon, he’s only able to get God to agree to a contest of sorts: if Craig and Eliza can pull off a seemingly impossible miracle within thirty days, only then will he not destroy the Earth and all of humanity. They have to bring together two of the most socially inept humans, Sam and Laura, who have been circling around each other since the early weeks of college. To cancel the end of the world, these two shut-ins simply have to kiss. But getting them to that point isn’t as easy as Craig and Eliza thought it would be.

What In God’s Name was a very quick book, full of sarcasm, the corporate grind that most of us or so familiar with and have grown to hate, a good deal of angels cussing, and laugh out loud funny. Craig is your typical over achieving workaholic with no life outside of the office while Eliza’s trying so hard to adjust to her dream position in the Miracles Department. The idea of angels toiling in rows of cubicles to manage humans’ daily lives on Earth often paralleled our lives here, but the way that they could review any date in history on video was neat.

Sam and Laura were pretty cringe-worthy as humans. As Craig and Eliza reviewed every interaction the two humans had since they first met in New York City, I couldn’t help but feel their awkwardness and shyness. When you moved further into the present day, the desperation and loneliness that pervaded each of their souls was so bone deep and sad, you just can’t help but root for Sam and Laura to finally get together even though you know it’s not going to be pretty at all when it happens.

While the end game was predictable, the journey and the details to get there were so weird and quirky that I didn’t mind the formulaic and nail biting down-to-the-wire ending. I give What In God’s Name a five out of five. It’s a fast paced, fun filled, sarcastic look into what heaven might be like if God just didn’t care to manage anything. And when you look a little deeper, this is a story about how two people can manage to push each other away even when they want nothing more than to be with each other. This is definitely a fun book if you’re looking for a quick, entertaining, quirky read.

Get your own Audiobooks at Audible: What In God’s Name.

While this book didn’t take all that long to listen to–just four hours and twenty-one minutes–I enjoyed every minutes of author Simon Rich’s narration. His pacing was just right, and his voices for each of the characters was distinct enough to tell who was speaking without being completely distracting. I enjoyed listening to this so much, I’ve had the urge to listen to it again, and I will definitely do it soon. 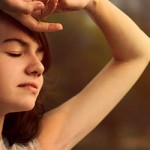 2 Responses to “Review: What In God’s Name by Simon Rich”