Two days before the start of her junior year, seventeen-year-old Janelle Tenner is hit by a pickup truck and killed–as in blinding light, scenes of her life flashing before her, and then nothing. Except the next thing she knows, she’s opening her eyes to find Ben Michaels, a loner from her high school whom Janelle has never talked to, leaning over her. And even though it isn’t possible, she knows–with every fiber of her being–that Ben has somehow brought her back to life.

But her revival, and Ben’s possible role in it, is only the first of the puzzles that Janelle must solve. While snooping in her FBI agent father’s files for clues about her accident, she uncovers a clock that seems to be counting down to something–but to what? And when someone close to Janelle is killed, she can no longer deny what’s right in front of her: Everything that’s happened–the accident, the murder, the countdown clock, Ben’s sudden appearance in her life–points to the end of life as she knows it. And as the clock ticks down, she realizes that if she wants to put a stop to the end of the world, she’s going to need to uncover Ben’s secrets–and keep from falling in love with him in the process.

Start With The Unknown

Unraveling is a story with several layers of mystery. There’s the series of accidents Janelle’s father is investigating, some how linked to the bizarre hit and run that should have left her dead but didn’t. There’s the events of Janelle’s past, shrouded in memory loss, that stem from the loss of her former best friend. And then there’s Ben, the boy she hardly knows yet feels deeply connected to, the boy who just may have brought her back to life. All of these riddles swirl around Janelle and compel her, and through her the reader, to delve further, drawing us into the story in an effort to connect the dots and search for some sort of answer.

Janelle Tanner fascinated me from the get go. She’s one of a breed of YA toughies: strong, snarky, smart as a whip and tough as nails. Experiencing this story through her eyes is a definite treat because she’s the kind of person I would enjoy in real life.Ben Michaels shines as Janelle’s counterpoint, soft spoken to her frequent brashness, methodical to her spontaneous nature. Ben is in many ways the ying to her yang. Mix in the fact that he not only saved her but has been carrying a torch for her for years and the fact that a woman could drown in his eyes (yes, I can tell that just from his description in the book!) and I think you’ll find Ben as compelling as I did.

In a lot of ways, however, the secondary characters steal the show. Ben’s friends hang out on the fringes of the story, slowly moving further and further into the mix of it until the end, when they’re right at the heart of the action. I loved how that evolved! Janelle’s mom and her bipolar disorder are so well crafted but by far my favorite secondary character was Struz (a.k.a Ryan Struzinski, Janelle’s dad’s FBI partner) and the amazing relationship he had with Janelle’s family. These characters were well written and just plain interesting folks to spend time with.

Ratchet Up The Tension

I loved the device of starting each chapter with a timestamp from a countdown. Even before the reader knows what it stands for, it adds a subtle edge to the story, which I enjoyed. But the time element wasn’t the only thing that kept the reader’s nerves taught and moved the plot forward. The people showing up dead all around the city are certainly a big point of tension as is the mystery behind why Janelle and her former best friend are no longer friends. Lots of interesting sub-plots to keep the story moving.

But Don’t Leave Me Hanging

I know a lot of reviewers bemoaned the ending of the book, and the decision Ben makes, including my dear Danny who was left in tears over the ending! For me, that wasn’t a problem. In fact, I would have been upset if Ben hadn’t made the decision he did, it would have been too out of character from my point of view.

What did leave me flat was the fact that some of the story lines that I felt got a lot of attention, never really dovetailed back into the story and I was left feeling more like they were plot holes rather than mysteries left for the next book. Particularly the story line about Janelle and her best friend. I just don’t understand what the point of that was….

Still, as I write this review nearly 3 months after I finished reading this book, I’m still fascinated by the story and the possibilities that the second book holds. That alone earns it an awesome rating. Throw in the fact that Ms. Norris’s characters were superb and her ability to keep me hooked throughout all the twists and turns of this book, and you’ll excuse me for over-looking some of the items that gave me some initial pause.

Compelling, fast-pasced and fascinating on several levels, this book will hook you and leave you waiting to know more!

Get your own audiobook at Audible: Unraveling by Elizabeth Norris (unabridged, 11hrs 2min)

I thoroughly enjoyed this audiobook. The narrator, Katie Schorr, did a fantastic job of bringing Ms. Norris’ characters to life and imparting the drama and mystery inherent in this book. And it’s such a compelling listen, this is a great choice for a long car trip. The miles will definitely fly!

Before you go, please let me know: did you read Unraveling? If so, how did you feel about the unresolved plot points. Did they bother you? Or were they just fuel for your desire to get your hands on the next book? Let me know! 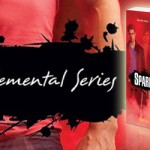