Last week, I reviewed this unique and amazing book Stormdancer and today, I have Jay Kristoff here on the Blog with a great post about his unique world building..  And and don’t run.. we have a giveaway for you at the end…

The Unique World of Stormdancer

The first thing I should point out is the STORMDANCER isn’t actually set in Japan. While I’m riffing heavily off some cultural touchstones, parts of the Shinto religion, parts of Japanese custom and language, if you go into STORMDANCER thinking you’re in for an alternate history, you’re gonna have an aneurism. There weren’t many griffins running around Japan in the 19th century, afaik. Nor many folks there who could speak telepathically to animals either. 😀 That said, the setting of Stormdancer, the Shima Imperium, is absolutely inspired by Japan. I wanted to avoid Victorian England as a cultural touchstone. It’s been done as a steampunk setting, and done well by some very talented authors(Colonial America too, tbh). But the world in the 19th century was a fascinating place, and there were dozens of amazing cultures nobody had really played around with in the steampunk/fantasy genre. I couldn’t see a reason why steampunk had to be limited to top hats and frock coats and cup o’ tea, guv’nor.

I decided to build a steampunk world based on a culture nobody had really tackled yet – Shogunate Japan. I mean, chainsaw katanas, how can you go wrong? So the Shima Imperium is based on the Tokugawa Shogunate of the 19th century – the great samurai age of Japan – kinda like George RR Martin’s A Song of Ice and Fire is based on medieval England and the wars of the roses. Shima is a nation that’s been thrust into the industrial age by the advent of combustion-based technology, but the advancements have come so rapidly, it hasn’t had the chance to throw off the chains of feudalism. So you have a traditional Shōgunate government supported by a samurai caste of warriors, but you also have sky-ships and heavy rail and power armor. The technology and fuel production is controlled by a group called the Lotus Guild, who swathe their engineering exploits in a kind of pseudo-religious mysticism. The problem is (there always has to be a problem) the production of the fuel that drives these technological marvels is polluting the sky and killing the earth, and the people of Shima are too addicted to the luxury and power it brings to stop themselves. Essentially, the whole setting is a high speed collision between traditional Japanese-inspired fantasy and a lumbering engine of grimy steampunk goodness.

Visually, I was inspired by some incredible artists like James Ng, Keith Thompson and Jason Chan (who I was lucky enough to get illustrating my cover – yessssss). I took cues from some of the amazing steampunk creators out there like Datamancer, pictures of strip mines or amazon deforestation, or a photo of a bird dying in an oil spill. Huge lumbering machines like earthmovers and bulldozers, alongside the beautiful weaponry and armor of ancient Japan. I’ve always been a visual person – I have a degree in graphic design, and I spent hours trawling the interwebs looking for imagery I could poach and pervert and make my own.

My inspiration for the story is really all around us. The world we live in and our hopeless dependence on fossil fuels. And I don’t want to make it sound like I’m some tree-hugging eco-terrorist with an agenda – first and foremost, I wanted to write an adventure story with characters people would fall in love with. But the environmental subtext is there if you want to look hard enough. If not, that’s all good, you can just enjoy the griffins and chainsaw katana fights. J At its heart, STORMDANCER is a book about an unlikely friendship between two even more unlikely characters – a girl with the ability to speak telepathically to animals in a country where animal life is virtually extinct, and the last griffin left alive in the entire country. I wanted to write an epic adventure, full of battles and betrayals and chainsaw katana fights, with a kick-ass heroine who didn’t need to choose a boy by which to define herself. But more than that, I wanted to write a book with heart; a book about a friendship that bloomed despite all obstacles. A bond that would grow to become a thing of legend in this nation on the edge of ruin – a friendship that challenged the might of an empire.

That was such an amazing and fascinating post!! Thank you so much Jay, and I agree this setting is definitely unique and I believe I haven’t seen it before. You pointed it out beautifully “ At its heart, STORMDANCER is a book about an unlikely friendship between two even more unlikely characters – yes I love this and it was my favorite part in Stormdancer!

Jay Kristoff grew up in the most isolated capital city on earth and fled at his earliest convenience, although he’s been known to trek back for weddings of the particularly nice and funerals of the particularly wealthy. He spent most of his formative years locked in his bedroom with piles of books, or gathered around dimly-lit tables rolling polyhedral dice. Being the holder of an Arts degree, he has no education to speak of.

Jay’s debut novel, STORMDANCER, a Japanese-inspired steampunk fantasy, will be published by Thomas Dunne/St Martin’s Press, Tor UK & PanMacMillan in September 2012 as the first installment of THE LOTUS WAR trilogy.

as approximately 13870 days to live. He abides in Melbourne with his secret agent kung-fu assassin wife, and the world’s laziest Jack Russell.

He does not believe in happy endings.

This last note about the Happy endings actually has me worried about the outcome of Stormdancer, let’s hope an editor is there to tell me people hate horrible endings…

and here is the … uhm… Book Trailer(?) which is totally freakign awesome and I laughed my a** off. Truly.. watch it!

He even wrote a post about the trailer and called it .. The Anti Trailer.

This man is pure awesomeness! Full of spark and fun! and .. he did a Vlog, which bascially is the most freaking funniest Vlog ever! Seriously.. watch it!

Thanks to St. Martins and Thomas Dunne Books I have one copy of Stormdancer for you to win. 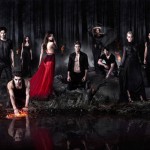 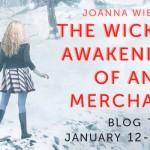