Welcome to the fifth and final week of the

See below for details and following the hashtag, #PTLChat, tonight to hang out with Katie!!!

and now, let’s jump into the fifth week of Discussion hosted by The Book Swarm

1. By finally returning to her art, Echo is working through her issues and taking control of her life. While she’s not ever going to return to her previous “normal”, she uses her art as a way to work her way to a place where she’s more comfortable with herself. How do you deal with the issues and stresses of your life?

Heather: I listen to music, I write fiction, watch television, and I read a lot. Music has always been an outlet for me ever since I was started singing Janis Joplin in the car with my mom when I was two, and even though I don’t perform publicly anymore my son gets to hear me whether he likes it or not. There’s nothing like belting out a tune that matches your mood, or even just singing the theme song to whatever kids’ show my son is watching at the moment that can just bring you out of a funk. Television has always been a big distraction for me too, and I’m currently on Season six of a Supernatural rewatch on Netflix. Love Dean, Sam, and Castiel!

Pushy: Can I say that I drink?  No, no, I’m just kidding, although I do love a glass of “read” wine as a good friend of mine likes to put it.  Like Heather, I read, I listen to music and I spend time with my family.  I’m not much for TV, I just don’t have the time, but I love a good book!

Danny: I read, yep. Easy answer but that’s how it is. Books make me forget so many things and specially when a day was horrible and I just want to move on a good book is perfect! And,  I also like to have a good glass of wine going with my book! Wine, Chocolate and books!

2.Once Noah gives his brothers and their soon-to-be adoptive parents a happy ending, he decides to get his own by winning Echo back. Why does he think stealing her file is the best way to do it? Any other (better) suggestions for the poor boy?

Heather: Noah is positive that the only way for Echo to have a chance be happy and move forward is for her to remember exactly what happened to her that night, no matter how tragic and messed up the situation was. Honestly, I think that Noah is so pig-headed that he won’t see any other way once he’s set his mind on that way of getting her back, and he definitely won’t think that there’s better ways to get her.

Pushy: Although I’m glad it all works out in the end, it’s a dicey thing he did.  What if it had backfired?!?!  But Noah wouldn’t be Noah if he played it safe.  That’s one of the things I love about that boy!

Danny: Those files just seemed overly important to them and somehow they thought what’s in those files can magically help resolving their issues. Noah wanted to help Echo, but saw no other way than looking what is in her file.. I do truly not think this was his best idea!

3. Echo finally uncovers the terrible truth of what her mother did to her. Now that we know the truth, do you think Echo’s father did the right thing by covering up the incident and keeping it from her? How do you think he should have handled it?

Heather: Her dad only made things that much worse by not telling what happened or helping her discover it for herself a bit more quickly. How deep are Echo’s emotional scars and how irreparably damaged is their relationship since she was allowed to fester for a year? Pushing her into his mold of the perfect life, not letting her forge her own way was certainly not the way to handle things, and it did much more harm than good. One thing that he definitely needed to do was pay more attention to his daughter–who was clearly hurting on such a deep level for so long–than his wife.

Pushy: So last week I hated on Echo’s dad.  And Heather’s completely right, he did the exact opposite of what he should have!  But when I finally got to this point in the story, I FINALLY got him.  This man is swamped with guilt.  He KNOWS what he did was wrong, but he tries to paint over it rather than fix the really problems.  It doesn’t work, and he almost looses his daughter in the process, but at least now they’re on the path to healing.

Danny: When I read about the whole incident and what really happened. My heart broke for Echo and her Dad al over again! How can that man live with himself? Even though it’s not his fault, it’s clear he believes it was…. I finally begun to understand him better! I’m sure that hiding this was not the best he could have done, but he wanted Echo to do better and just forget about all this…

4. Mrs. Collins plays an integral role in helping Echo and Noah find a new normal and happiness in their lives. Tell us about someone in your life who helped you, someone who changed your life, was there for you, or offered help/comfort when you most needed it (or when you didn’t know you needed it).

Heather: Hmm, this is a hard one since I’m such a go with the flow kind of person and I’ve always kind of dealt with things on my own. I would have to say my best friend from junior high through high school was always there for me.

Pushy: Much love to Mrs. Collins!  As much as I doubted her earlier in the book, this woman clearly knew what she was doing!  I  hope she’ll be back in the next book to help Beth!  As for me, I’ve been lucky enough not to have many rough times but whenever I did, it was my BFF Paula who always knew what I needed, whether it was sitting on my couch for a week in my PJs recovering from a horrid break up, or yelling at me that it was time to snap out of it when…it really was time!  🙂

Danny: My husband. He was the one who was there for me when my boyfriend and big love died (his best friend btw). While I was looked down in grief, couldn’t get up and didn’t want to live. My hubs was there and tried to get my out of it. Along the way we fall for each other…

5. Another major truth is revealed when Echo’s father finally opens up to his daughter and tells her about her mother and how his relationship with Ashley evolved. Knowing this, how do you feel about Ashley now? And what did you think when you learned the name of the baby?

Heather: The circumstances around all of this were just plain crappy, and it’s just an instance of adults behaving badly and certainly trying to use whatever excuse they can find to get away with it. I’m still not too jazzed about Ashley, To go from being the babysitter to the step-mother is hard for any kid to adjust too, especially when the mother is psychotic and the brother just ups and leaves to join the military before getting killed. And naming the baby after the brother? Do not like. More tacky and selfish behavior.

Pushy: Really?  Because I felt the opposite!  When I first learned that Ashley used to be the babysitter I hated on her so fierce, but (I know I’m a softee) by this point I felt for her and Echo’s dad.  I could see how that relationship developed and for me it rang true.  I know, I know…I’m a sucker for romance!   As for the name, I could go either way.  I was glad Echo was cool with it though, because I was definitely ready for her to have less drama in her life.

Danny: I am still not entirely sure how to feel about Ashley. I mean she was Echo’s babysitter for Pete’s Sake! I think I still don’t fully like her to be honest and naming the baby after Echo’s brother.. I don’t know, it’s a nice gesture but I think they should be all try to move on…

6. Echo and Noah ride off into the sunset together. *happy sigh* If you had the chance, who would you ride off with and where would you go?

Heather: If I didn’t have to take my husband? At the moment I would ride of into the Sunset with Dean Winchester or Jensen Ackles (the actor who plays him on Supernatural)–I’m not picky, we could go anywhere 😉 Definitely been watching too many episodes of this television series…but it’s too good to stop watching.

Pushy: I would take my husband.  I love this man like there’s no tomorrow!!!!  And seriously, everything’s just more fun when he’s around!  *big, sappy smile*

Danny: Apart from hubs -I Would take the other half of the Supernatural Duo and go with Jared Padalecki – would be fun together with Heather and the boys!!! And … as much as I’d like to say (again) Barrons he’s not so much of a ride off in the sunset kind of type…  Oh we would buy a big house in the middle of nowhere, with the most beautiful landscape.. And…. Internet of course! He would work, I don’t know catching Supernaturals or things like this and get money and I would read and blog all day long…

Please visit this week’s host,The Book Swarm, and don’t forget to join us on Twitter tonight at 9pm EST (or 8pm CST or whatever that equates to in YOUR timezone *wink*)! Katie will be there to answer your questions, squee with you over how swoon-worthy Echo and Noah are and commiserate with how long we’ll have to wait to hear Beth’s story. Just follow the hashtag, #PTLChat, and join in with Katie in a fun hour of discussing all things Pushing The Limits!!

And now let’s hear your answers and link up your posts! We loved all your posts for last week – you are all truly amazing! 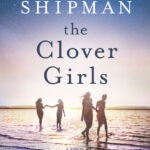 « Rivals and Retribution by Shannon Delany
Waiting on Wednesday – Whispers at Moonrise by C.C. Hunter »