After finishing Jenny Pox, I was hooked and needed to read the next installment in this very unique and compelling series. I would also love to say right from the beginning that I loved this one even more than the first book.

JL made me cry in the first few pages…

In the first pages we get introduced to a new character Tommy who has the gift/curse of giving people nightmares and fear when he touches them. We first see how Tommy’s life was when he was 12 and lived with a foster family. … I had tears in my eyes already after the first few pages. I felt so very very sorry for this boy! Also, I was thankful JL Bryan included this inside before we got to know the older Tommy. It makes you understand this boy so much better and feel for him even though he’s not the nicest character…

The Story picks up where Jenny Pox ends. Jenny and Seth have to deal with the aftermath of the showdown and especially Jenny struggles a lot with what she has done. Also Homeland Security is in town trying to figure out what happened. While Seth and Jenny are busy with dealing, but also trying to look forward and beyond High School. Tommy comes to town looking for Ashleigh… and he’s coming not alone.

Two more characters will be briefly introduced that I’m sure will have a bigger role in the third book.

JL Bryan manges to surprise me with twists and turns which kept me turning the pages faster and faster!! Very surprising things will happen I didn’t expect at all but found absolutely awesome! Unexpected love, triangles and alliances made this story very captivating and incredibly compelling.

I was also glad that although some truly horribly things happen nothing was as scary as the last showdown in Jenny Pox. I think Tommy Nightmare exceded my expectations and makes me wish the third book would be already out.

I really love his story telling, his writing and the characters he creates. His characters are never black and white and there is a lot of grey involved. This made me care for them even though some of them might be normally considered bad…

Random Notes and additional info:
The third book will come out in fall, probably September and I can’t wait to read this book! And in celebration of Jenny Pox one year anniversary come back on Friday, we will have a surprise for you! Right now you can get the first in the series for only $0.99 at amazon 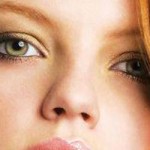