Since the end of the Spring Semester,
I’ve been on a reading bender.
And outside of History Channel documentaries
(America: The Story of Us & The Revolution)
I have been single minded in my reading pursuits.
My goal:
Five books a week this summer.
So far I’m on track.
Another goal?
To stop buying/renting/requesting/whathaveyou
new books and getting through the massive pile of books
I’ve got laying around mi casa.
And, whilst I’ve bought/rented/requested/whathaveyou
a few books here and there,
I seem to be mending my book hoarder ways!
Fancy that!?

Here are five books that have been sitting on my shelves for a year now
(some for years and years)
that I just now read and wish I would have read much soon!

1. the curious incident of the dog in the night-time

description:  The Curious Incident of the Dog in the Night-time is the story of a young boy (Christopher) who has autism. Living with his father, after the death of his mother, Christopher likes everything in its place and an order to life. So when his neighbor’s dog Whellington is killed, Christopher is bound and determined to solve the mysterious death, which leads him on a unforeseen journey. A journey that forces him to break with his normal, safe life and bravely face a terrifying world all by himself.

thoughts: I truly enjoyed reading this novel. Being able to slip into the mind of a 15 year old autistic boy was extremely interesting. While Christopher would be classified as having high functioning autism, it is clear that his perspective and the way he views the world if off, yet there is something fundamentally human and normal about him and the struggles he faces that make him both a lovable and relate-able protagonist (even when he’s throwing a king sized tantrum). Mr. Haddon not only addresses the difficulties Christopher faces, but the toll it has taken on his family and those around him. Mr. Haddon deals with hard themes with grace and brings to life a very serious and heart breaking reality.

Overall, I enjoyed the plot twists, I loved meeting Christopher, and I feel this novel gave me a better appreciation not only for children with autism, but the families who stick by them and try to help their loved ones lead healthly, productive lives. 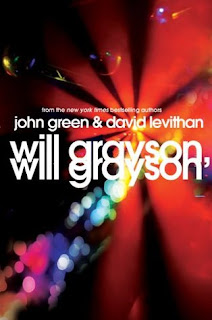 I’m really not sure how a person can review a book like Will Grayson, Will Grayson accurately. It’s just one of those books that cannot be summarized or classified but must be read. Written by two amazing authors with strong voices and awe-inspiring story telling abilities, Will Grayson, Will Grayson presents the reader with the perspectives of two extremely emotional screwed up boys, from completely different worlds and yet the two stories seamlessly combined in such a way that pulls at your heart (not too mention your tear ducts!), will make you double over with laughter, and cringe with the wrongness of its in your face honesty. Hilarious. Brave. Heart-felt. Witty. Raunchy. Real. All words I would use to describe this book, and yet they truly fail to encompass the all out awesomeness of this novel. It is more than a story about homosexuality, depression, coming of age, being comfortable in your own shoes, and so much more than a good laugh, it’s just story telling at its finest and while I do acknowledge it is not for everyone, I do highly recommend that everyone give this book a chance, from page one to page 300 plus. Definitely one of the best books I’ve read and I will be handing this over to my children when they are in high school.

3. the war of the worlds 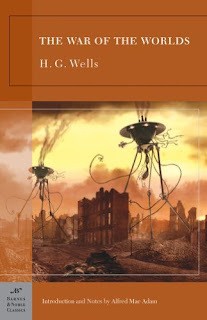 I’ve always been a fan of sci-fi and after taking Astronomy this last semester, I was dying to read War of the Worlds. This is actually one book I am glad I held off on reading. In my humble opinion, without a little understand of what was going on in the scientific community in the late 19th century (specifically the thoughts and theories surrounding Mars and the potential for life on Mars), the reader might a) be completely lost and b) think the story is boring and/or flat out silly. In light of what I learned about the beliefs of men such as Percival Lowell, I see how Wells’ novel would have been relevant to the times. Now, however, with modern knowledge of planets and even more engrossing and believable stories, War of the Worlds might see out of dated. But it was revolutionary in its time and extremely relevant to the culture and climate. Overall, I think this is a must read for lovers of the sci-fi genera and those who are interested in the study of the stars and planets. And for all those who aren’t fans of either, I say pass.
My Bookworm Rating:

4. an abundance of katherines

goodreads
a description: Colin Singleton is a child prodigy struggling with the knowledge that at the age of 18 his heydays are long gone and his likely hood of fame-dom have surely passed. Having been recently dumped by Katherine the 19th, Colin’s best friend Hassan decides that the best medicine for an emo-broken hearted- genius is to get out of Dodge. Thusly, the two boys take off on a road trip and end up in Gunshot, Tennessee where hilarity ensues and a child prodigal final finds his Eureka moment.

thoughts: Set in the heart of Tennessee and filled with colorful and fun-loving characters, John Green’s An Abundance of Katherines is the comical, heart-felt tale of a young boy struggling with where he fits in this world. Having been groomed to be a genius and feeling like a failure, Colin faces an uncertain future, one that seem to reek of his failure to be more than just a quick learner.

My favorite part of this book was the relationship between Hassan and Colin. Not only were they hilarious together, but their friendship tugged at my heart strings. So many times, I just found myself giggling and smiling from ear to ear. Yet, for all the humorous moments, the underlining themes of this novel were thought-provoking and definitely caused me to tear up now and again. Overall, this is an extremely satisfying read. One that is not only entertaining but gets a person thinking. I’m givin’ this fugger two enthusiastic thumbs up! 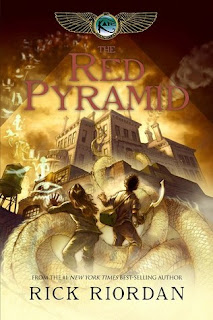 I’m a huge fan of Percy Jackson, so when I found out Mr. Riordan (creator of the wonderment of Half Bloods and awesomeness) had written a book about Egyptian mythology, I was all in! The Red Pyramid is the story of two siblings (a brother and a sister) who have been raised separately after the mysterious death of their mother. And in one night, they are thrown together when their father risks everything to (in his words) make everything right. Ominous words, for sure! The Red Pyramid is as fast paced as the Percy Jackson series, but does lack its snark and humor. And while I enjoyed this story, I felt at times there it was just too darn long. Towards the end of the book I found myself counting down the pages until I’d finally be finish. As per usual, Mr. Riordan does a masterful job of combining mythology with modern society and puts his own special twists on the stories.
Overall, I enjoyed this novel, liked meeting the Kane family, and look forward to reading the sequel. But I must admit, I’m a bigger fan of Mr. Jackson and the newest series on the demigods.
My Bewitched Rating:

In summation:
1. This summer, I plan to read as much as possible.
2. I think I need to go see a shrink to find out why I’m so obsessed with the number five.
3. The History Channel rocks the casbah.
4. Iced Tea makes me heart happy.
5. All of this you truly care about.
No. Really. You do.
Sooooo…
What are your summer reading plans?
Tell me. Tell me. Tell me!!

13 Responses to “cutie can haz read”