Inside little blue envelope 1 are $1,000 and instructions to buy a plane ticket.

In envelope 2 are directions to a specific London flat.

The note in envelope 3 tells Ginny: Find a starving artist.

Because of envelope 4, Ginny and a playwright/thief/ bloke–about–town called Keith go to Scotland together, with somewhat disastrous–though utterly romantic–results. But will she ever see him again?
Everything about Ginny will change this summer, and it’s all because of the 13 little blue envelopes.

I first picked up 13 Little Blue Envelopes when I was perusing the aisles of my local Barnes and Noble in 2007. After reading a few passages, it looked like a fun read to pass the time of my commute, so I picked it up.

When Ginny’s aunt dies, a package arrives from her favorite aunt that contains thirteen envelopes. The first envelope contains one thousand dollars and a note telling her to buy a plane ticket. So Ginny, who’s uneventfully passing the summer before her senior year of high school at home, lands in England with instructions to find the flat where her aunt spent her last days.

Ginny’s aunt was a little eccentric, your typical weird artist who was also the family’s black sheep. As each envelope is opened, Ginny is forced out of her shell to follow the trail that Aunt Peg has set up. Ginny is only allowed what she can carry in a backpack and electronics are strictly forbidden, so no phone, no laptop, etc. Her aunt has setup this journey for Ginny to discover more about who Peg was as a person, and also who Ginny actually is.

As a character, Ginny was your typical 17 year old girl: a little on the shy side, not wanting to stand out in a crowd. Along her adventures across Europe, she meets a local artist named Keith, who is a nice contrast to her self conscious nature. Her aunt’s flat mate, Richard, is a strong, stable guy who gives a little more insight into Ginny’s aunt.

Overall, the settings were very vivid. You can tell that the author, Maureen Johnson, has traveled everywhere that Ginny goes. The story is very believable and is a fun, quick read.

Can I say that again? I liked this book a lot.

Quick description: Ginny’s eccentric and flaky aunt has passed away, leaving her 13 little blue envelopes that will lead her on the journey of a lifetime, across the ocean to Europe where she will do things she never believed herself capable of and meet people who change the way she views the world and herself.

A few thoughts: I absolutely love an epic journey! Books like Amy & Roger’s Epic Detour and As Easy as Falling Off the Face of the Earth just tickle my fancy. I love seeing places I’ve never been and learning about the customs and uniqueness of other places in this vast world. 13 Little Blue Envelopes is a fantastic journey across Europe that not only shares the landscape, but seems to tap into the heart of the people. For this reason alone, I loved reading this novel and could not put it down.

As far as the characters went, I liked Ginny. At times I had a hard time understanding who she was as a character, but in all fairness, she’s a 17 year old girl who just found out her aunt had died and was on a crazy whirlwind trip in a strange new place without her phone, a lappy top, or any connection with the world she was leaving behind. She is extremely likable, if not a bit of a push over with a slight self esteem issue. Keith is a great complement to her shyness. Richard, as the only adult figure in Ginny’s life during the novel (ummm seriously where were her parents?), was extremely likable. The story is wonderfully written, the plot twisting and turning in satisfying ways, and brings us toward an ending that just seemed right.

Overall, it was a quick, fun, easy read, that at times made me tear up and often had me smiling like a loon. All the things I’m lookin’ for in a good book.

We both give this book a five- go out and read it right now!!!

We loved this book and you can read it for free right now! The publisher, HarperTeen, has made this a free download for your kindle, nook, smartphone, or computer. Here’s the link (Amazon or Barnes and Noble), you have nothing to lose by downloading and reading this fabulous book!! There’s even an excerpt from the sequel, The Last Little Blue Envelope!!! 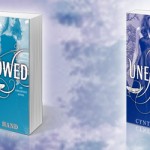 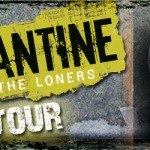 « In My Mailbox; a cutie edition
Review: The Last Little Blue Envelope by Maureen Johnson »