Last month I was lucky enough to get the chance to review a great book: Opposite of Amber by Gillian Phillip.

And today, Nathan Baird himself stopped by to chat!

Nathan, first off, thank you so much for coming over so we could learn more about you!

So, your relationship with Ruby in this book is pretty tempestuous. What was your first impression of Ruby (if you recall) when you first met her as a little kid? What about later when you came back to town?

Apart from ‘pain in the arse’? She was a complete menace when she was a kid, and not much better when she got older. Mind you, I did feel kind of sorry for her – stuck with that useless mother, and completely overshadowed by her gorgeous sister. You know who reminds me of a young Ruby? That little psycho Mallory, Foley’s sister, except that Mallory’s got a lot more to say for herself.

I did get a bit of a surprise when I came back to town – I don’t know why we always forget that other people grow up. Suddenly Ruby was kind of attractive, and that hair was eye-popping. Still couldn’t talk, though, and it’s hard to get along with someone like that.

Yes, well, that’s true. And, in comparison, Jinn is so much easier to get along with. What about Jinn first attracted you to her?

Ah, what didn’t? It wasn’t just that she was beautiful, that she had that kind of shining quality. It was the way she managed to be so kind to everybody. Such a soft heart. Even when I was mean to her she didn’t get bitchy back – she’d just take no notice, in a very dignified sort of way, and pretend I didn’t exist for a while. We never managed to fall out for long. I didn’t plan to get so involved with her…

Really? Hmm…. Ok, so let me ask you this: You know that you’re considered Breakness’s resident bad boy, right? Do you like that stereotype or does it bother you? Do you feel that image is earned? Why/why not?

Ha. What’s not to like? Not only have I always been popular with girls, it also means people don’t tangle with me much. My dad had a reputation too. The only problem, I suppose, is that I sometimes tried too hard to live up to it. Maybe if I hadn’t enjoyed my image so much, I’d have got into less trouble all along. Maybe I’d have realized sooner it was Jinn I wanted, and a quiet life, and just being happy.

But yeah. I can’t deny I earned my image.

That’s a really interesting answer, Nathan. Which makes me wonder: Everyone has a great joy and a great sadness in their life, especially the people who know Ruby it seems. What is the thing in life that makes you happiest? What is your one great regret, if you have one?

These are hard questions. I’m not used to talking about stuff like this, but if you insist: it’s Jinn, for both. Jinn’s been the best thing in my life, and the thing that’s made me happiest. And my greatest regret was what I got her into. But it was inevitable, somehow. There didn’t seem to be anything either of us could do; we just got swept along, out of control.

Ok, sorry that I’m stretching you so far outside of your comfort zone. *smile* How about some softballs. If you were an animal, what animal would you be? Why?

One time, when I lived at Jinn’s place, Ruby was watching TV in the same room as me, and there was this wildlife programme on. It showed this stoat, dancing on a wall, making rabbits look at it so it could mesmerize them and grab them and kill them. And Ruby turned round and all she said was, ‘That’s like you.’ So I guess that’s how Ruby sees me; thanks a bunch, Rubes. Still, there’s something cool and elegant about stoats, so I’ll go with it.

Ok, what’s your favorite flavor (or would you say color) of Molotov?

Can’t stand the stuff! I only ever drank it to keep Jinn company. She thought I really loved Blue Lagoon flavour, and she’d always get it for me, and I never had the heart to admit I’d rather have had a beer…

That’s so funny and sad! I’m sorry you had to drink so many of them!!

Well, for our final question, let me ask you this: Ruby tells her story alternating between the seasons of summer and winter. Are you a summer kind of person or a winter?

I want to say winter, because it sounds cooler, but it wouldn’t be true. I used to loathe the winters in Breakness, with the gales whipping in off the sea, and I would never have stayed if not for Jinn. We both like summer – long lazy days and nights that don’t get dark, and going barefoot. I hate the cold. Just hate it.

I agree! I’m so happy that it’s finally starting to warm up in the northern hemisphere!

Thank you again, Nathan, for coming by and letting us get to know you a little bit better. And if you haven’t already checked Opposite of Amber by Gillian Phillip out, here’s the basic information:

And you can read my review of it here. 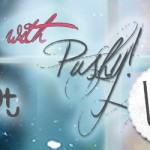 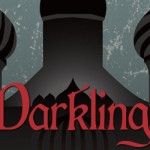 Shadow and Bone by Leigh Bardugo – Review .. of sorts.
Enter The Fall Clearing 2012
Review: The Hollow and The Hauntedby Jessica Verday

One Response to “Character Interview with Nathan fromOpposite of Amber”