Today we’re happy to welcome Kristen Hubbard, the author of the upcoming YA novel, Like Mandarin to our blog. Here’s the info on her book:

Like Mandarin
by Kirsten Hubbard
Published: March 8, 2011
Synopsis from Goodreads

It’s hard finding beauty in the badlands of Washokey, Wyoming, but 14-year-old Grace Carpenter knows it’s not her mother’s pageant obsessions, or the cowboy dances adored by her small-town classmates. True beauty is wild-girl Mandarin Ramey: 17, shameless and utterly carefree. Grace would give anything to be like Mandarin. When they’re united for a project, they form an unlikely, explosive friendship, packed with nights spent skinny-dipping in the canal, liberating the town’s animal-head trophies, and searching for someplace magic. Grace plays along when Mandarin suggests they run away together. Blame it on the crazy-making wildwinds plaguing their Badlands town. Because all too soon, Grace discovers Mandarin’s unique beauty hides a girl who’s troubled, broken, and even dangerous. And no matter how hard Grace fights to keep the magic, no friendship can withstand betrayal.

I have to admit that I’m really looking forward to reading this book!!! Due to some issues with the tour (related to Snowmaggedon…I’m not kidding…the snow ate my book!), I haven’t gotten my copy yet but rest assured I will be posting my review of it ASAP!

In the meantime, Kristen has been gracious enough to stop by and share with us her top 10 crazy teen moments in homage to Mandarin! So I’ll let Kristen take it away….

Top 10 Crazy Things I Did as a Young Teen

That’s the first line in Like Mandarin. The winds that plague Washokey, Wyoming are known as the wildwinds, and they’re blamed for all sorts of insanity.

Not only do they torment us from the outside, but they also seem to bluster inside of us: battering around in our lungs, whistling through our capillaries. I wouldn’t be surprised if some of that wind blew into the passageways of our brains.

Growing up in Southern California, we didn’t have wildwinds – although we did have the Santa Anas, hot, desert-sourced winds that fuel the southland’s notorious wildfires. I can’t really blame the crazy things I did as a teen on those winds. But my mother’s from small-town Wyoming, so perhaps I was born with a bit of wildwinds in my blood. Here’s a selection of the crazy. 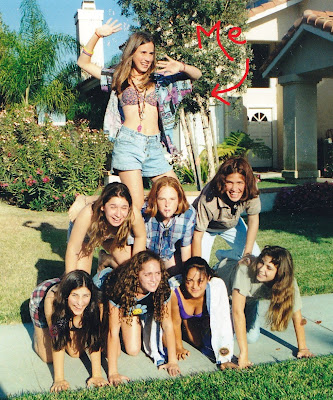 1) Age 13. Dressing “unconventionally.”
My obsession with weird old clothes began in the heart of the grunge era with a pair of gray men’s cords. When our junior high adopted uniforms in eighth grade, accessories became a way to promote personal individuality. High school was spent tramping through the thrift shops of Ventura, California, buying men’s slacks and little boys’ shirts. I have since migrated to the female side of the store, but I still prefer thrift, vintage and consignment over new clothes – that way, my outfit is more likely just my own!

I was on the school bus about to head to Six Flags, a reward for being demerit-free eighth-graders. As the principal (with whom I had an established vendetta, due to my striped tights and pink-streaked hair and green & purple vans, all of it undermining her beloved uniforms) addressed the bus, I dropped a cough drop. Quietly, I asked my buddy Andrew to grab it. Principal heard me, bellowed, KIRSTEN HUBBARD!!! and stared me down for like thirty seconds. As soon as I though she’d looked away, I mouthed the word, bitch.

She saw. And kicked me off the bus. And it went to Six Flags without me.

As I waited in Principal’s office for my mom to arrive, I went off. Since I had nothing more to lose than the trip I’d already earned, through my tears, I told Principal how much I hated her uniforms, and that even though I was a good kid, in all GATE classes, she’d made it obvious she had it in for me and my nonconformist friends, and on and on. I was outraged and devastated and I had never screamed at an adult like that, but I believed what I was saying, and it felt so good.

And then my mom arrived.
And you know what? She backed me up.

3) Age 13. Public poetry shaming.
Two friends and I signed up to recite poetry for our eighth grade’s annual talent show. We had dry ice and bongo drums, and we encouraged the crowd to snap their fingers instead of clap. My poem was all about breaking free from conformity. I did not dedicate it to the principal, but she knew. Oh, she knew. 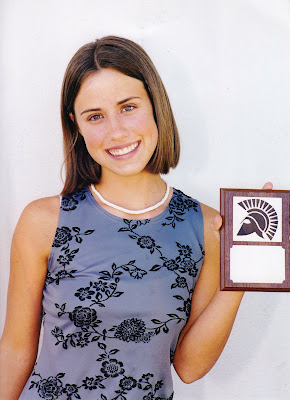 4) Age 14. Going out for the swim team.
What was I thinking? I don’t know if I’d ever swum a lap in my life. I was never more than mediocre, but it led to me joining the water polo team sophomore year, which was the greatest.

5) Age 15. Asking That Boy to the Sadie Hawkins dance.
He said yes! (It was gloriously awkward.)

6) Age 15. Skinny dipping in the ocean under the fireworks.
It wasn’t really skinny dipping, because we were in our underwear. We did this several times. Once, there was a plague of sand crabs. I remember wondering why the sand was moving.

7) Age 15. Skinny dipping in a neighbor’s pool at night.
Fully skinny this time!

8) Age 16.
On a tour group trip to Europe, I got my belly button pierced in Barcelona, since my mom wouldn’t let me do it in the 18-up US. Not long after I arrived home, it became infected, and my super-square pediatrician advised me to take it out. My mom was all, ha ha!

I had it re-done on my 18th birthday. It’s still there. 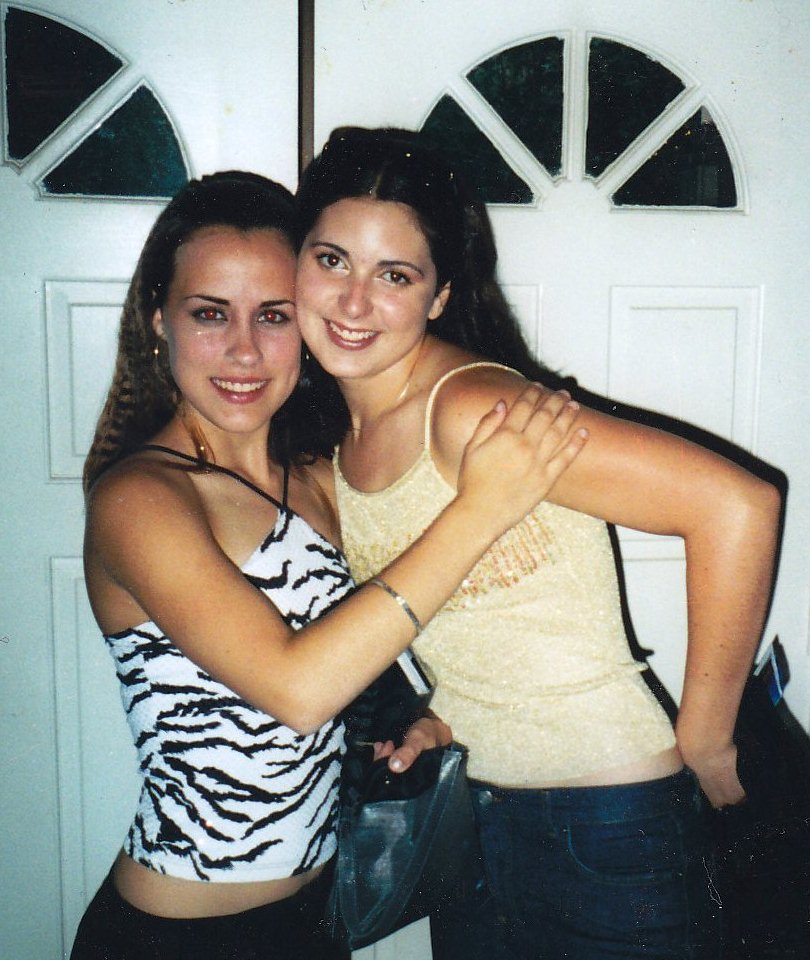 10) Age 19. Switching my college major from Ecology, Behavior and Evolution to Literature/Writing.
I have to include this, even though it was in my late teens. ’twas a gamble, but one of the best I’ve ever made. Not that you need to major in writing to become a writer, but it made me serious at a young age, years before the proliferation of the YA community as we adore it today. Fast-forward, and here I am 🙂

Thank you so much, Kristen, for sharing your teen self with us! We’re very much looking forward to seeing how that translates into your take on teens in your book! And thank you so much to Teen {Book} Scene for organizing this great blog tour. If you’re interested in seeing more about Kristen and reading some reviews of her book, check out the other stops on the tour here.

And for you, dear reader, I would ask, what is your craziest teen moment? Come on! You know you want to share. Just leave it in a comment and think of it as therapy! 🙂

Waiting on Wednesday – Pushy’s Edition
Interview and Give-Aways: Aubrie Dionne author of Paradise 21
Let’s Get This Party Started!
And the winners are….

13 Responses to “Meet Kirsten Hubbard Author of Like Mandarin”