hy72ir6n49g5z831meqb Let’s All Go To The Movies - Bewitched Bookworms

I often ponder if there is anything better in life
then seeing the imagines we pictured in our heads
whilst reading come to life on the big screen.
Taking the good with the bad,
9 times out of 10,
my little heart will pound with
an. tici. a…… pation
when I hear about a book turning into a movie.

With this thought in mind,
I spam mailed a few peeps and asked them the following questions:

1. What is your all time favey fave movie adapted from a book?
2. What book failed as a movie?
3. What book are you dying to see as a movie?

Wanna know what they had to say?
You do!
Then let’s do this.

1. *looks around sheepishly* Twilight… or more specific : Eclipse! and! All the Harry Potter movies, they are AWESOME! And… Lord of the Rings… (hm… you asked only for one… lol I couldn’t hold back…)

2. Honestly, I can’t find one right now. I’m absolutely easy going on movies and often like them although they might not be perfectly like the book…

3. Mortal Instruments – dying to see this epic story on the big screen and of course the Hunger Games!!!

Darkfallen from Goodreads
1. Well,  I hate to go with the obvious, Twilight Saga, but in all fairness that is probably the only story that I have both read and watched.(well with the exception to something horrible, but we will get to that in a minute) Out of the three so far, New Moon was my favy. While my besty would argue that Eclipse wins that hands down, I’ll tell ya why she is wrong. I loved everything about New Moon and I hadn’t read the books yet. Yes yes I know, I had no idea what I was missing. No worries the cliff hanger at the end of New Moon led to my endless begging for the besty to tell me what happens next. The only help she gave me was by lending me the book Eclipse and told me to get reading. As it stands today I have read each book in the series 4 times and Breaking Dawn 5. Good thing I don’t get compulsive or anything;) lolz Ok Ok Ok where was I again? Oh yea New Moon, in my opinion, was better because I felt it followed the book more accurately. By the time Eclipse came out I had already read it and there were parts that mad me made. Don’t get me wrong they were little and trivial things. Like what you may ask? Example: Bellas engagement ring in the book is described as an antique dainty little thing. Then in the movie Edward gives her this huge oval shaped ring that covers over half her finger?!?!? See what I mean by trivial? 😉 But if I could pick a movie that is also a book, that I haven’t read, I have to go with Charlie St. Cloud. What can I say I am a sucker for a good tear jerker. Mix that in with a little paranormal ghost mystery twist, and you’ve got me hook, line, and sinker. Which leaves me asking myself why I haven’t read this yet? Ummmm I might have to fix that!
2. So this one for me is easy peasy, and you have no idea how cheesy! At least, I hope I’m the only one to endure such pain…lol Did you know that ABC family produced a movie called Fallen, based on the Fallen series by Thomas E. Sniegoski? Well they did, and for those of you who suffered through the book then you probably already can guess at what I have to say about it. Call me stupid, but I’m standing in Blockbuster the day after finishing the first volume of the series when a movie catches my eye because it has the same name. I will admit that the only reason I decided to give it a looksy is because that really hot guy, the one that plays Stephan in CW’s Vampire Diaries, was on the front cover. Staring at me looking all gorgeous, what’s a girl to do?
OMG don’t do it. I’m begging you please save yourself! There is no level of hotness that can make up for the level of cheesyness that is this movie. No joke, it’s that bad, and the best part…….there’s a second movie too!!! I don’t think I have to tell you, but just to gain some of my pride back, NO I didn’t watch it. That hot boy can only fool this girl once.;) In all fairness to ABC Family, the books were really not that good to begin with. One might ask watch possessed ABC to by that option.
3. *rolls eyes at cutie* I know I just told you yesterday that I would never roll my eyes at you, but I’m afraid I am going to have to retract that statement. ALL OF THEM!!!! HAHAHAHAS
No, no really, while it world be a perfect world, a world in which I would end up watching entirely too much t.v, I would love too see all my favey bookie wooks become movies. However, there has been two series that while I read them all I could think about was how much I wanted to watch them. Finding myself fantasizing about who would make the perfect cast, and scouring the net trying to find signs that it might actually happen.
The first one was Hush Hush by Becca Fitzpatrick [trailer]. Something about the smoking hot, snarky, bad boy hanging around the smokey pool halls in his tight black tee shirt. *swoons* Now that is a man I want to see. To be honest, I can’t seem to find an actor that meets my approval for Patch though. Honestly, I tried and the Patch of my dreams is just much hotter than anyone in Hollywood. (can you tell who my all time favorite bad boy is??;)) [cutie note: I hear ya my friend. We tried once to find a Patch, it was a difficult job indeed!]
As for the second book it’s Fallen by Lauren Kate. I don’t know why but something about that book just grabs me. The dark ominous feel of the boarding school, the tragic Luce, snarky punky Arriane. Add in a few fight scenes with some total hotness and I’m sold. (you seeing a trend here? maybe I just wanna see the boys) No seriously there is just something about this book that gives off that haunting vibe and I love it!

kg from A City Girl in Rural Alaska

1. umm besides the Twilight Series…I would have to say Lord of the Rings. However, I have never read the books….because I love the movies so much. and I’m just a lazy reader. [cutie notes: and this is of course why I do so adore Danny and kg. The end.]
2. Although I never read the book (didn’t get past the prologue) I will tell you which movie adapted from a book I absolutely hate: Dear John. I’m not even going to explain myself. I just hate it.
3. The Host. hands freakin’ down. it needs to happen like, yesterday.

1. I absolutely love any movie made from a Jane Austen book, but I think my absolute favorite adaptation would Sense and Sensibility with Emma Thompson, Kate Winslet, Hugh Grant and Alan Rickman.   I absolutely adored them all in this version!!!
2. Oh, this is the one that always makes me so sad.  I read a book and I adore it and ALWAYS I feel like the preview of the movie are promising me the vision I have in my head and then I get into the theater, the lights go out and….my dreams are crushed by the way things are changed/edited out.  Prime example?  The Half-Blood Prince in the Harry Potter series.  I adore these books and the films for the most part too but they hacked so much out of this movie it made me sad!!!
3. Ooooohhh!  There are a TON of really good books that have been optioned right now:  Hunger Games, The Forest of Hands and Teeth and let’s not forget BREAKING DAWN (Isle Esme….*sigh*).  But the one that I’m actually dying, dying, dying for is The Forest of Hands and Teeth!  I’m not a zombie movie girl BUT I never was a zombie book girl and let’s face it, things change!

1. I’m gonna have to go with Pride and Prejudice (2005) with Keira Knightley and Matthew Macfadyen. It’s the kiss non-kiss at the end. It gets me every.single.time.
2. Okay, I’m gonna break the rules of my own post and go with a made for TV movie (*sends a sly look Pushy’s way). I just HAVE to pick Rose Hill a made for TV movie adaptation of Julie Garwood’s book For The Roses. Not only is it completely different from the book, but even with the lovely Jennifer Garner gracing the screen it is total and complete fail whale.And in the interests of a great ramble, on the opposite end of the spectrum a book I didn’t like at all was I Am Number Four and yet I found the movie decently okay, which my mister begrudgingly agreed with me about for whole four seconds. <–A miraculously moment.
3. The Hobbit. Can this movie please please please please please please just get made already for goodness sake! PLEASE! I’m also super stoked about Pride & Prejudice & Zombies. 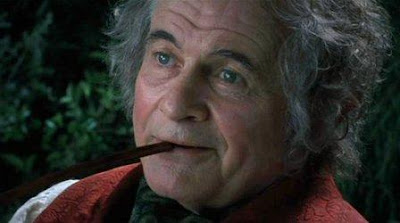 YOUR TURN!
That’s right, my friends.
We want to know:
1. What is your all time favey fave movie adapted from a book?
2. What book failed as a movie?
3. What book are you dying to see as a movie?
Ready. Steady. Comment!
Ya know you wanna.
*winks*
The following two tabs change content below.

One Response to “Let’s All Go To The Movies”