And finally….on with this week’s discussion written by Drea from Book Blather!!!! Yup, the same awesomesauce girl who lent me her ARC of Beautiful Darkness over the summer. To say I adore her is really understating it! So without further ado, I give you Drea!

Hello all! I hope the holiday treated every one well and that you left a few holiday treats for me. Also, much thanks for Pushy for allowing me to be part of this book discussion!! Okay, enough yadda yadda from me let’s get the show on the road.

In this chapter, Ridley has started to lean the group towards Lena. Ethan realizes that the Arclight is beyond broken at the point.

However, while it is out, he does learn some important information from Ridley. In order to trap someone in it, you have to touch them and say an incantation. Ridley claims not to know it. I don’t know why, but part of me thinks she’s not being honest here.

When they stop for a break, there is more talk about the Arclight. Apparently, the random colors and guiding feature was something Ridley was not aware of. Liv makes some quick remarks, but it’s Ethan who makes the biggest mistake. He calls Liv “L”. He also soon finds himself face down in the mud and a very harsh warning from Ridley not to hurt her cousin. It’s always nice to see the “softer” side of Ridley. She reminds them that there should only be one “L” in his life. Liv starts to come to his defense, but they’re interrupted by loud crashing and trees falling.

Thinking it’s Lena, Ethan calls out to her, but the only response he gets back is run. If only he would have listened! Because luck is certainly not on their side as a apparition of Sarafine appears.

Man, I forgot how good at baiting Sarafine is. She’s quick to remind him how much Lena is becoming like her. How soon the darkness will claim Lena. Of course, she doesn’t stop there. She goes on to tell Ethan how his mother’s death was neither noble nor brave. How she had
died just because Sarafine had felt like killing her. How she was nothing…just like Ethan. 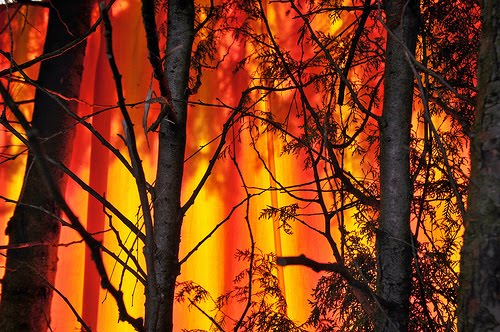 Once she done putting Ethan in his place, she moves onto her true target…Ridley. Oh man, has the girl messed up this time. By helping Ethan get to Lena, she has essentially betrayed her kind. To say they’re unhappy is a bit of an understatement. In fact, Sarafine basically promises that Abraham will destroy her. And while the deathblow may belong to him, that doesn’t mean Sarafine will leave her unpunished. In fact, I think she does something much worse than death. She removes Ridley’s powers and leaves her mortal.

After punishing Ridley, Sarafine disappears. The fallen trees and fire are gone as well. If not for the injuries she left behind it would have been as if she wasn’t there. Link seems to be the worst with a broken arm, but overall they seem to be okay.

After the excitement of Sarafine, they decided to stop for the night. After much debate, Ethan decides to read Lena’s notebook. Opening the journal, he gains insight to her struggles since Macon’s death. He learns that she has been fighting against something, although he isn’t
quite sure what or for how long. The last thing he learns is that she had been trying to set him free of her love not vice versa.

He soon shuts the journal and lays down to sleep. His attention drifts to Liv and how his life would have been different if he had never met Lena or Liv. Watching her sleep he gets a few moments to feel as she does. Mortal. Hopeful. Alive. 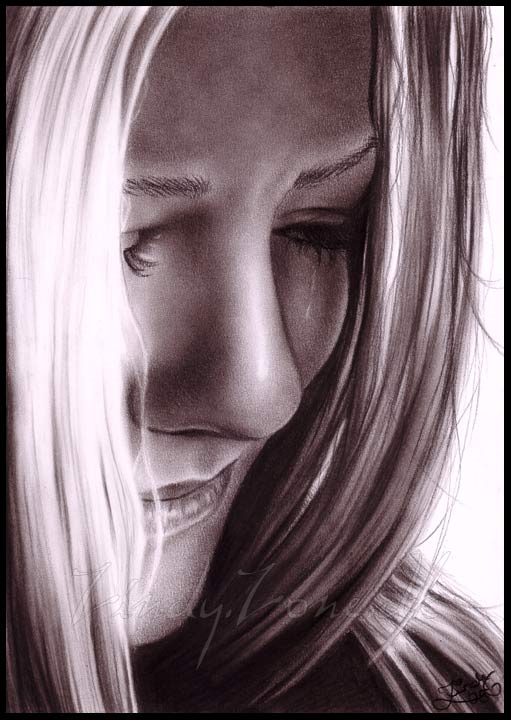 Once asleep, he dreams of Lena. She confirms that their connection is still alive and that she has has the visions as well. But she is also fearful. All she wants is him, but she feels like everything about them is wrong. Ethan tries to stop Lena from going to the Great Barrier, but she says she has to know how it ends. When he questions why she doesn’t want to see how they end, she tells him it’s because she already knows. Seconds later they’re both on fire atop a pyramid of trees. Both of them burning to death. He wakes only after the fire has consumed them both.

Shaken awake so the group can keep moving, he sees Ridley sitting on a rock and sucking a lollipop. Acting as if noting has happened, she tries to use her Siren powers on Link. When he blows her off, she remains hopeful that her powers will return. Ethan is the one to break it to her, that her Caster eyes are gone, replaced with a simple blue. Her Caster tattoo is also gone, leaving Ridley in tears. She truly is a mortal now. Man, I kind of want to give her a big hug right now.

On the road again…just can’t wait to be on the road again. Oh right, this isn’t exactly a sing-a-long time, right? Anyhow, the group is up and on there way again.

Ethan soon finds himself in another odd vision of Lena and John. This time he learns that Lena wants to go back to make sure no one is hurt. She’s worried that Sarafine may have killed them all and that Ridley is among them. John calls her out on still caring for Ethan. He confesses that he once loved a mortal, too, but that she couldn’t understand all the rules he was guided by. He tells her that Ethan is doing nothing more to than holding them back and that she needs to move on and leave him behind. 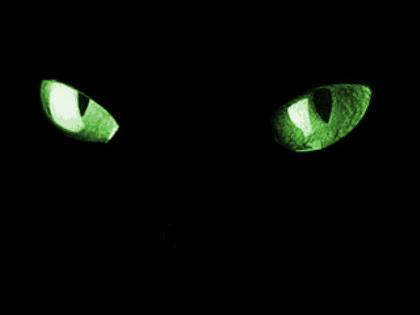 Ethan snaps out of the vision back in the tunnels. He desperately is trying to figure out the connections to the different visions when he sees Lucille up ahead. Lucille…who had been missing during every vision only to reappear after. Ding, ding, ding. We have a winner! While Ethan doesn’t quite understand it, he does figure out it is through Lucille’s eyes he’s been seeing through.

One mystery solved just as the a new problem arises. Liv has learned a lot about the map, but she can’t figure out where to go. They’ve entered into a portion called LOCA SILENTIA, which she thinks means where the map falls silent. However, thanks to the Arclight, Ethan figures out it is more of a radio silence for Casters. So, really, it’s not broken. With this new information, Liv figures out that they’re in the Seam, where the two universes meet. If only that would help them figure out how to find the Great Barrier.

But Ethan is really on the ball today. First, he figures out the Lucille thing and then where the Great Barrier is. After figuring out that the Sea Islands looked familiar, Ethan pulls out the vellum map from his mother’s journal. And BANG there’s the answer. When the maps are placed together and lined up properly, a new island appears. Mere scribbles when apart, but the answer when together. That Lila really did have a lot of the answers didn’t she? Another mystery solved and time to continue on.

Okay, folks, we’re at the last chapter for this week. They find the right door, but Ridley is full of apprehension. She explains that the Great Barrier is wild magic. Chaos at it purest. But, hey, they can’t turn back now, right? Onward they go as the exit onto the beach. Ethan now understands what LOCA SILENTIA means as he is greeted by brightness and silence. A flag with a seven pointed star confirms that they are indeed in the right place. Now just to find out HOW to get to the Great Barrier.

There’s some more talk about the map and a bridge that seems to be the answer, but it’s Macon’s past via the visions that take over the chapter.

Vision #1 is quite short. It’s essentially Macon losing the war against his darkness as the Transformation takes place. He is now something that he truly hates. Another Incubus in a long line of killers.

Vision #2 is where a lot of information comes out. It starts out as a meeting between Lila and Macon, the first time they’ve met since all those years long ago. She’s left him messages in books about different research in the past, but this was too important to pass along that
way. Abraham’s alive! Who at that moment decides to appear. Abraham realizes now it was a mistake to leave her alive, one that he will have Sarafine correct later. He tries to convince Macon to see the Order of Things and leave behind his alliance with the Light. Macon still refuses and claims that they will find a way for Mortals and Casters to co-exist. Oh, and he tells Abraham that he is no one’s son. Abraham decides it should be Lila who should suffer for Macon’s poor choices. But just as Abraham moves in to attack her, Macon appears between them to protect her. He yells for Lila to run as he attacks Abraham. She freezes momentarily, but then does run away. 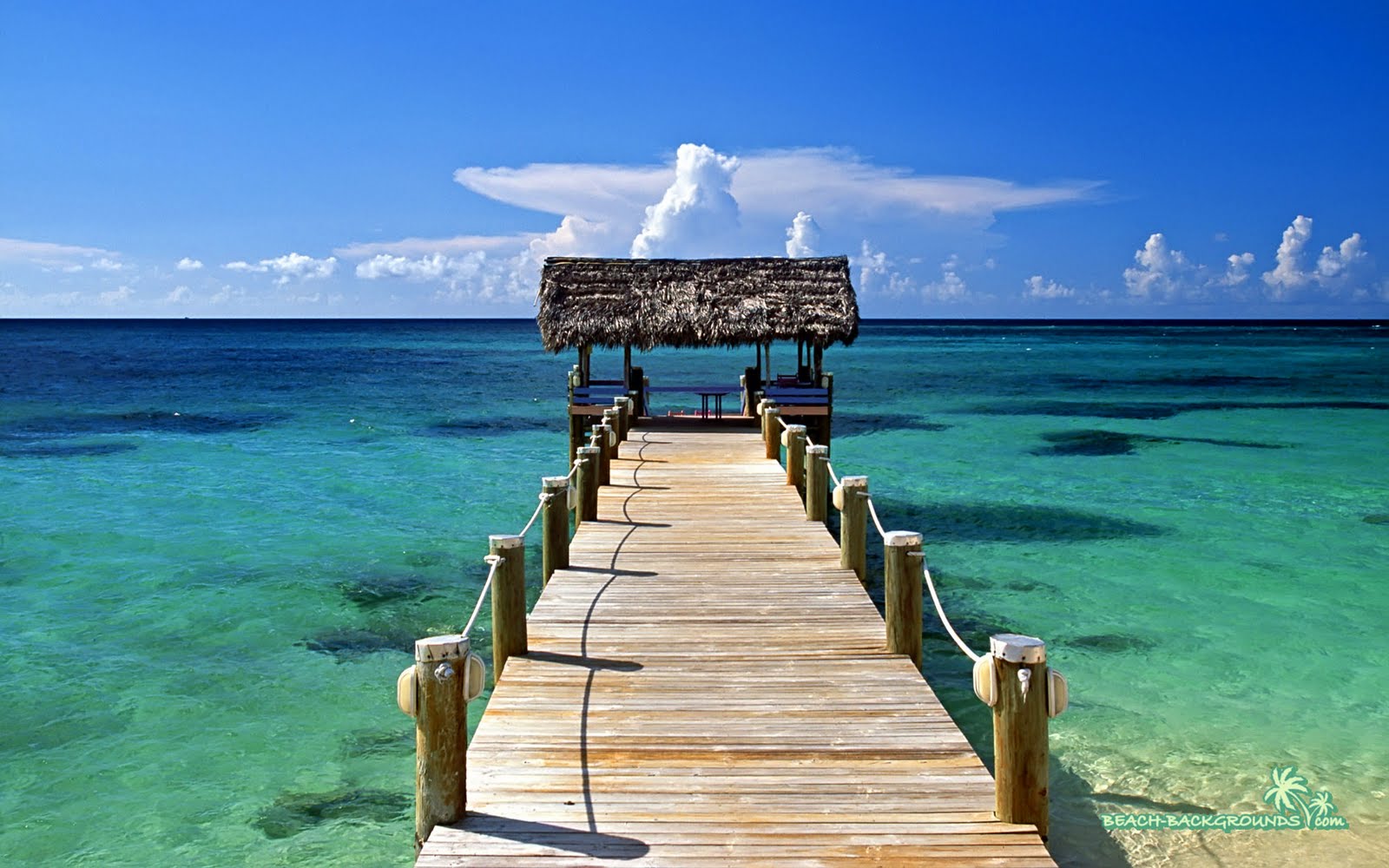 Ethan snaps back to the present. Seems that the magic is making things even worse than normal. Liv tries to take the Arclight away, but he won’t let her. He knows that there is valuable information in the visions, he’s just not sure what he needs from them yet.

Besides, the most important thing? They’re in the right place. And it’s time to enter the unknown. But sadly, you’ll have to wait until next week’s chapters to learn more!

Discussion time! So many questions I could ask, but there’s one that I keep getting drawn back to and I’m curious to hear everyone’s opinion.

Do you think Ethan would have been interested in Liv
if he and Lena never met?
Would there still be a connection
without the Caster world and breaking rules?

Thank you, so much, Drea, for such a great review of this week’s chapters and an awesome question! Leave your answer in a comment below and remember that each answer to this week’s discussion question is an entry into the Beautiful Darkness Book Discussion contest!