Alternate Titles for my first post: Hi Heather, I’m Heather (sounds like I’m talking crazily to myself doesn’t it?) or Two out of three Heather’s agree only because the third Heather was in another state at the time

I’m Heather aka Call of Duty Widow aka hmmille on twitter. Those of you that know me in real life, even on Twitter, know that I rarely seem excited. I’m one of those people that always keeps cool as a cucumber and laid back even under extreme stress. When Heather (OnePushyFox) tweeted me to let me know that the authors of Beautiful Creatures, Margaret Stohl and Kami Garcia, would be in the area for a book signing, I didn’t hesitate to accept her invitation. Celebrities and authors don’t faze me after working at an outdoor concert venue in the south suburbs for four years as the assistant box office manager while I was in college. After dealing with the jerks that are their management team and walking through a crowd of 20,000 people with 100 grand in cash stuffed in my pants, I don’t think of them as anything but ordinary people with an extraordinary job. But even I did get a little nervous right before I met Heather, Margaret, and Kami.

I left work an hour early, hopped a different train (almost freak free except for the youngin’ that decided he needed to sit one seat away, even though the entire top of the train was empty) and headed for home. I got to eat a rushed dinner with my son, husband, mom, and nephews before I left my house 10 minutes late.

I was worried I wasn’t going to get there by 6 o’clock, the time that we agreed to get to Anderson’s Bookshop in Downers Grove. I didn’t quite drive like I was in Days of Thunder, but the speed limit on Chicagoland interstates is 55 mph and you get ran over if you actually drive 55 (And yes that was a nod to my husband who got pulled over for speeding after watching that movie as a teenager). I was only 10 minutes away when Heather called to say she had arrived. I’m so glad I didn’t make her wait long, my real life peeps know that I haven’t been on time for anything since I had baby C last March (Holy crap, he’s going to be one next month! Time flies. Too bad the baby weight didn’t fly off, lol).

I was really excited to meet Heather, we live about 45 minutes from each other so it wasn’t that big of a deal to meet up. I recognized her instantly from the picture on The Lemon Sister’s blog post where Heather and Kristen (uhyesplease) met in person (It helped that hardly anyone was there that early). All it took was a smile and a hug for us to feel like old friends (and I’m always uncomfortable around new people). I bought my untainted book to be signed and sat down to get to know one another better while we waited for the authors to arrive. Since this week was my time to host the discussion of the Beautiful Creatures chapters I was assigned over at Fragile’s blog, my original copy is full of large post-it notes and the Edward Cullen book mark that HoudinisBox sent me in The Lemon Sister’s Secret Santa swap. That would be an awesome scenario: Hey sign my book that’s full of crap and a book mark for a series by a hugely successful young adult author. BTW, isn’t he hot?) I didn’t lug that battered copy to the store and just bought a crisp, new copy that also bought me a numbered place in line to get it signed.

After chatting and battering Heather with my verbal vomit for over a half hour, the authors arrived. By this time the small area in the shop where the discussion would take place was very full, I was thankful that she wanted to meet an hour early and we had claimed seats. Kami and Margi just jumped right in, with Kami reading some of chapter 1 from the book. After the reading, they asked each other their own set of FAQs. Kami is very much the straight laced one and attempts to keep Margi reined in, but Margi is very energetic and has a very quirky, big personality. You can really tell that these two women are good friends, and that shows in the way they interact with each other. The whole ordeal it just seemed like a discussion amongst good friends.

When the authors finished with questions from the audience, it was time to get our books signed. Heather and I were chatting so much that neither one of us heard our numbers being called. Heather went first and told them her bloggy/twitter name, Margi recognized her right away. After hugging, Margi asked “Where’s your friend?” meaning me. She even knew my Twitter name! It is really sweet that they interact with us on Twitter, even remembering who says they are going to show up to what signing. I was thrilled to be remembered! The authors genuinely appreciate their fans and give us the same support right back. They retweet every week about our Beautiful Creatures discussion.

Heather had 3 copies of the book to get signed and a print out of the week she and Kristen recapped their chapters of the book on Fragile’s blog. Both Kami and Margi said they loved the blog and they keep a copy of every post. Heather really did a good job making a screen capture look great on photo paper with Fragile’s dark colored blog layout. The four of us took a picture together that should be appearing on the Beautiful Creatures website under the blog section. Look for it soon! (Who am I kidding, you know Heather and I will post the crap out of that shiz). I got my book signed and it was time to leave.

As soon as we hit the front door, we couldn’t believe it had snowed while we were inside. That’s lovely lake effect snow for you. And by the way, downtown Downers Grove does not get plowed in a timely fashion. I about did a donut turning the corner and I drive an all-wheel drive Explorer, WTF? (And yeah, I know, bad for the environment, blah blah blah. You try being 5’11’’ and getting in and out of a car that’s practically scraping the ground)

In summary since I not only have verbal diarrhea in person, I have it in written form as well, the authors are kick ass cool women. Make sure you check out their blogs and buy all of their books. Heather is super sweet and didn’t seem all fan girl in my opinion, she was cool just like me! Thanks to her husband for remembering that this blog chick lives close by! And come June, I’m going to try and drag her to the Printer’s Row Book Fair in the loop if there are any authors we want to hear talk. (*cough*you really need to read all four of Jen Lancaster’s autobiographies, I can lend them to you. She’s hilarious in person and is at the fair every year since she lives in Chicago!*cough*)

*Heather a.k.a Pushy pops her head in*
Hey! So first of, huge thanks to Heather for not only writing this up but taking the huge leap to meeting in RL! Secondly, I am SO taking you up on the Printer’s Row Book Fair thingy! Click on the logo below to read about it yourself. This promises to be 1) AWESOMESAUCE, 2) something we will need to blog about and 3) book related and therefore within the purview of this blog! My summer is DEFINITELY shaping up!!! 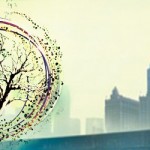 2 Responses to “Two Out Of Three Heather’s Agree:The Authors of Beautiful Creatures Rock”