And finally….on with this week’s discussion written by Nely from All About {n}!!!!

Link, Liv and Ethan are off to the main tent for the pie baking contest. But just as the winners are being announced, Ethan notices Lena and Ridley standing off to the side and a quick glance towards the back of the tent confirms that Caster Boy (John) is there too, watching with a smile. This can only mean trouble. Just as Carlton Eaton is finally announcing the winner he’s not able to finish as to their horror all the pie tins begin to move and all sorts of nasty creepy/crawly insects start crawling out of them pies… (ewww!) Every pie except Amma’s. You can just imagine the pandemonium. People are screaming, there are bugs all over the ladies, everyone is running – and there is Lena and Ridley sucking away at her lollipop. Needless to say, Amma takes charge and roars for Lena to stop, telling her that this is not the way to get the sorry she wants from the townsfolk. Since the attack continues – Amma brings out “The One-Eyed Menace” (an old wooden spoon) and with a crack everything stops. But not before poor Aunt Grace is left lying on the floor in what looks to be a heart attack. 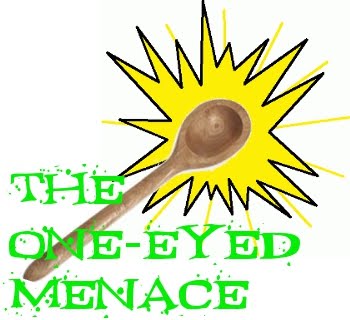 Lucky for everyone Aunt Grace only fainted. But the boys are still wondering why Lena would help Ridley and Caster Boy pull a stunt like that. At this point they realize Liv is gone. But as they begin walking they find Lena, Ridley and John standing by the Tunnel of Love. Ethan and Link both confront Lena and Ridley about their actions back at the tent. But as feelings begin to escalate, Ethan finds himself yelling at Lena and John is quick to get in on the action firmly slamming his palm into Ethan’s chest. The boys duke it out but there’s no way Link or Ethan are winning this fight. What the heck is John Breed? They take guesses but all they get out of him is that “he’s old school”, Ridley says she likes to think of him as “the best of both worlds”. And the girls grab John and get on the next gondola into the Tunnel of Love. But as the boys stand there pondering what exactly John Breed is, they realize that all the gondolas from the ride keep coming out empty. They do some quick investigating and can’t find them anywhere inside or outside the ride. Just as they are finally giving up their search Ethan hears these tiny words…

And they were gone, the voice and the girl.

The boys park in front of the Historical Society. They know they are in good chances of not getting caught since everyone is still at the fair. Since it’s a bank holiday at Gatlin, that means that Lunae Libri is open for business with Marian as the head librarian. As they search through the library they realize Marian is not there but they hear a girl’s laugh echoing off somewhere in the recesses of the library. It may be Lena and Ridley but they are just not sure. They could barely follow the sound, but they eventually find a corridor covered with ivy. There they find a doorway hidden beneath the vines with a latch in the shape of a crescent (a Caster moon). Ethan hears the laughter again and he is quite certain it is Lena. There are some things a guy knows and he knows L. He pushes open the door which opens into a magnificent study. And there he finds a girl lying on an enormous four-poster bed scribbling in a notebook. Only it’s not Lena… it’s Liv.

Obviously everyone begins yelling. Ethan, Link, Liv except Marian who just waited for everyone to stop yelling. Questions ensue – but upon a cursory glance over the room, the bed and the objects lining the walls, Ethan feels like he is having déjà vu. Upon further reflection he realizes that all these objects could only have belonged to one person… Macon Ravenwood. Marian questions Ethan on show she found the whereabouts of the room they are in and as he explains about the laughter and his need to find its source – she begins putting two and two together. So she asks if he is ever able to speak to Lena in a telepathic way (kelting). When he confesses to doing so, Marian pulls out a book that explains that regular humans cannot kelt, therefore Ethan is no ordinary human. She hands him the book to a passage that says:

“The Wayward: the one who knows the way. Synonyms: dux, speculator, gubernator.
General. Scout. Navigator. The one who marks the path.”

Upon continuing reading he learns that waywards exist to guide Casters whose paths hold no meaning. They find who is lost. The ones who know the way. They are given to the great for great purpose. They don’t come along often, maybe once in a century, and never by accident. But Liv continues with her explanation of what waywards are and makes a comment that can only mean that Ethan’s mother was not an ordinary human. Ethan comes to the conclusion that Liv is a Keeper, just like Marian and his mother used to be. But she explains that she is still in training and hopes to one day be one. When Ethan begins to question Liv’s motives and whether what he knows of her is true or not, Marian intercedes and explains that the laughter he heard was his mothers. That she believes his mother wanted him to understand his purpose. But he still feels as if his questions are not being answered and he grabs one of Macon’s books landing himself in a memory, but right before he gets swept off, Liv grabs his hand and asks to be taken with him.

Ethan sees a tall boy holding a girl with long brown hair. They are a few yards from Duke University’s buildings. The boy tells Jane that he loves her but that they always knew they would have to part. Although Jane may plead for them to be together, Macon knows that there are just too many obstacles standing in their way. Right before the memory fades away he turns from Jane and faces Ethan and tells him to never forget for things are never what they seem.

As he surfaces back in the present, Liv and Marian discuss what Ethan saw, but the boys find that they want out and they excuse themselves and Liv comes along too, to return back to their search for Lena.

The Caster Tunnels were endless but eventually they found themselves at a dead end. Using their combined forces they push open the door they find there. When they exit the door they find themselves in what looks like London or a town right out of a history book. They see a street sign that says WESTERN DOORWELL, CENTRAL LIBRARY. When the boys begin to question what happened to the tunnel they were in, Liv explains that Caster tunnels are more like roads to another world. Suddenly Ethan hears something that he identifies as music. They take off in search of the music and begin to realize that the road they are on has begun to lose its old world charm and instead looks more like a modern-day slum. There’s trash all over the street and strange Caster graffiti on the walls that they can’t decipher. Eventually they find the place where the music is coming from and Ethan makes out the words more clearly: 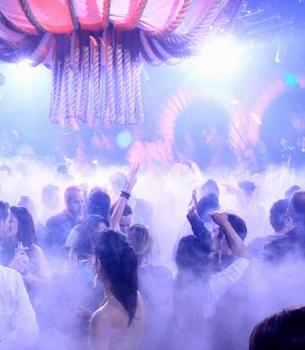 They look for a sign with the name of the establishment they are about to enter, but Liv explains that the sign is written Niadic – which doesn’t really translate to English. She explains that the place defines itself as lack of place, or a no place. Ethan calls it “Exile”. Upon her stare, he explains that he heard the name in a song. They walk into the place and find a bar at the back of the room and a vault. They realize the place must’ve been a bank, which was weird, but nothing was as weird as the crowd who were all drinking, dancing and mingling. The bars patrons all looked like ghosts, yet their feet were firmly planted on the ground and they were grabbing their glasses to drink from. Liv explained that they’re Sheeers – or ghosts who haven’t crossed over. They glance around but there is no sight of Lena and the others. They decide to search the back of the place when the catch a glimpse of Ridley on the dance floor. When Ethan finally looks over he notices John Breed dancing behind her with a girl whose arms are wrapped around his neck – their bodies pressed together looking as if they were in their own world.

I don’t know about you guys but I have been in the mood to just about strangle Lena… haven’t you? So here’s this week’s question:

Macon told Ethan that everything is not always what it seems…
Could he possibly be referring to Lena?

The way she’s acting? Her blooming relationship with John Breed? But more importantly, is this something that Ethan will be able to forgive her for?

I know, that’s more than one question… but agghhh I’m feeling so confused and betrayed by Lena.

Thank you, so much, Nely, for a great review of this week’s chapters and a great question! Leave your answer in a comment below and remember that each answer to this week’s discussion question is an entry into the Beautiful Darkness Book Discussion contest!

In My Mailbox – Pushy in the House!
Beautiful Darkness Book Discussion:Week 6