Mysteries, thrillers, and suspense are my favorites, so I’m excited to bring you an excerpt from  Cold Case Double Cross by Jessica R. Patch for the Harlequin Intrigue Fall 2021 Blog Tour.

She moved toward the lawn chairs Mom and Grandma Rose were sitting in, glanced up at the radiant display and smacked into marble.

She peered up to apologize, but the words died on her lips as recognition dawned. Cash Ryland. Mae hadn’t laid eyes on him, by design, since high school.

Maybe this was the origin surrounding her jittery feeling.

She put some pep in her step and moved backward, but Cash’s tanned arm reached out, as if assuming she’d stumbled and not retreated from him.

She swatted away his steady hand. “I’m perfectly fine.” No need for physical touch between them.

His thick eyebrows tweaked upward. “Sorry.” His voice had grown deeper, huskier since he was a kid. Cash shoved his hand into his pocket, drawing her eye to the badge clipped to his thick black belt looping through well-fitted jeans.

What? How in the world did Cash Ryland make it into any branch of law enforcement and why would he want to? His teenage years had been spent as a juvenile delinquent. Not that she’d imagined what Cash might be doing now, but if she had it would be more along the lines of doing time for drug possession or grand larceny or maybe both. Not on the grounds with a criminal investigations division badge from Willow Banks Sheriff’s Office.

“You never were too good at masking your feelings.”

She glanced from his badge to his face and his lopsided grin rolled another wave into her stomach. How dare her body betray her common sense by being attracted to his strong, chiseled features.

His blond hair had turned a little sandier, but it worked for him, unfortunately. His eyes hadn’t changed—they were still the same intense shade of blue that won the hearts of girls determined to rebel against their parents. Cash had never been meet-the-parents material, unless a girl wanted to give them a heart attack and end up grounded for life.

And she’d still been charmed then burned.

Speak, Mae. You have to at least speak. “I’m just surprised, I guess.” As if she were still a high school girl enamored by the bad boy of Willow Banks and unsure of herself, she folded her arms, which felt like dead weight across her chest.

“Well, it’s a surprising thing. Um…” He scratched the back of his neck. “I actually was looking for you. I saw your family and hoped you would be here. Your brother mentioned you were in town on vacation.”

Why did Barrett have vocal cords? He hadn’t mentioned Cash to her. But then, why would he? Barrett was clueless about what had transpired during her senior year with Cash. All he knew was Mae had tutored Cash in English. But if anyone had been schooled that semester, it was Mae.

“Barrett talks too much.” She tried to pass around him, but he blocked her. “Detective or not,” Mae said, tossing grit into her tone, “if you don’t move, I’m going to move you. And I promise you, size doesn’t matter. I can do it.”

While Cash towered above her five-foot-one frame, she was not porcelain, and attached to her petite frame was the muscle to maneuver him if necessary.

His hands shot up in surrender, but there was no teasing in his eyes. “I have no doubt, Mae. You’ve always been strong.”

No one had ever uttered those words about her before, but flattery wasn’t going to get him one solid inch. His charm no longer affected her.

He cleared a path for her to flee. “I just want to talk to you for a minute or two. Please?” 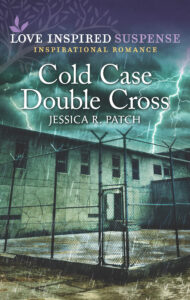 They’re on a cold trail

and running out of time.

Convinced his brother was wrongly convicted of murder years ago, detective Cash Ryland’s determined to find the real killer—even if it puts him in the crosshairs. But he needs help from cold case investigator Mae Vogel, whom he mistreated in high school. Can they put their past aside to solve the murder…before the killer succeeds in silencing them for good? 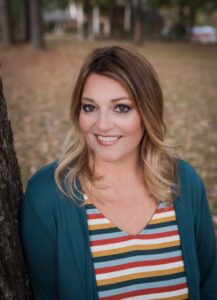 Publishers Weekly Bestselling author Jessica R. Patch is known for her dry wit and signature twists. When she’s not hunched over her laptop, you can find her cozy on the couch in her mid-south home reading books by her favorite authors, watching movies with her family, and collecting recipes to amazing dishes she’ll probably never cook. Sign up for her newsletter “Patched In” at www.jessicarpatch.com.

Beneath the Lighthouse by Julieanne Lynch
Scott’s 90 days of Nightmare Blog Tour and Your Chance to Win a Kindle!
Review and Giveaway Tour Stop — Night Watch by Linda Fairstein