I’m thrilled to bring you an excerpt from the fabulous J.T. Ellison’s latest book, Tear Me Apart. I really loved her previous novel, Lie To Me, so I can’t wait to dig into this new book and look for my review later posting on August 28.

Follow the excerpt tour beginning in mid August, with long excerpts in consecutive order at each tour stop, followed by an Instagram tour and review tour beginning on 8/27!

Now on to the excerpt from Tear Me Apart:

What happened? She runs the course again in her mind, realizes there is a big blank. She doesn’t remember how she went down. She knows this isn’t entirely unusual, she’s heard about it happening to other racers. She’s been so blessed, so lucky, never to have had a major injury. Granted, she’s seventeen, and she’s only been on the circuit at this level for a year. But still.

What if I can never ski again?

This spike to her heart is too much to bear. She wipes away tears as they reach the bottom. Her dad is waiting; she can see his bright red North Face jacket, concern etched on his handsome face. He pushes aside two ski patrols and kneels beside her.

“I don’t remember falling. What happened?”

“Microburst of snow. Came out of nowhere.” As if to prove his point a swirl of snow surrounds them. Her father says, “They really should close the course, it’s too dangerous now.” He pats her hand. Mindy can only feel pressure through the glove, not the warm reassurance of her father’s hand.

Mindy hears the calm concern of her mother’s voice and takes a deep breath. If her mom isn’t frantic, it isn’t too bad.

“Mom will meet us at the hospital, honey. They won’t let us both ride with you. She’s going to drive the car—”

Her dad’s face registers a tiny bit of shock. “Okay, no worries. Mom will ride with you, and I’ll bring the car.”

“No, it’s fine. I don’t care who rides with me. But we can’t leave. I need to find out who wins.” As she speaks, she hears them blow the horn. The course is being closed.

The EMT isn’t quite glaring at them but is clearly anxious to get moving. “We have to take her now, folks. Who’s riding with us?”

Her mom presses her palm against Mindy’s cheek, unstraps her helmet. “Hang tight, baby. I’ll meet you at the hospital. We’ll get you fixed up. Be strong.”

Mindy grits her teeth again when they put her into the ambulance; the jostling makes red-hot pokers shoot through her leg. Her mother’s face disappears as the doors slam closed, the worry etched as deep as a fissure in granite.

Her dad takes a seat on the bench, trying to stay out of the way. The paramedic leans over her, takes her blood pressure and pulse. She tries to stay calm, not cry, not fall apart. All she can think about is her coach’s disappointment that someone else will be standing on the podium because she got too aggressive toward the bottom and let her ski get caught in that rut. He’s always told her aggressive equals arrogance, and arrogance equals crash.

About TEAR ME APART The follow-up to her critically acclaimed Lie to Me, J.T. Ellison’s Tear Me Apart is the powerful story of a mother willing to do anything to protect her daughter even as their carefully constructed world unravels around them.

Enter the Rafflecopter widget below for your chance to win a copy of TEAR ME APART. Open to US/CANADA mailing addresses only please.
a Rafflecopter giveaway 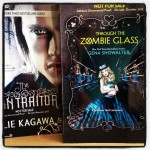 « Beneath the Lighthouse by Julieanne Lynch
After Nightfall by A.J. Banner – #TLCBookTours Review and Giveaway »

One Response to “Tear Me Apart by J.T. Ellison – Excerpt and Giveaway #TLCBookTours”