Happy Friday, Friends of the written word. Today I’m thrilled to host the Blog Tour for a book that’s gotten a lot of buzz these last weeks and I got the chance to chat with Arwen Elys Dayton about her exciting release of Seeker a new and very unique YA series!

……and now, please welche Arwen Elys Dayton to the Bookworms!

Dear Arwen, thank you so much for stopping by today at the Bookworms to chat a little bit about Seeker!

Thank you for having me!

If you had to pitch Seeker to us Readers with only five short words, which ones would you use?

I know that’s seven words. I’m sorry! I tried for five, but I think this is as short as I can get it and still make any sense. Wait, I have an idea:

That’s five words! Those five words give a sense of feelings in this book.

Reading the synopsis, it sounds like Seeker would best fit into the epic fantasy genre, but then I read a review from Jamie, who said it’s a wonderful blend of many more genres. How hard is it to label Seeker and where do you think it would best fit?

It’s hard to pin Seeker down. I wrote the story I saw in my head, and it didn’t fit neatly into an exact slot.

I would describe Seeker as a blend of epic fantasy and near-future fiction.

Quin becomes a Seeker—what does it mean to be a Seeker? Could you describe the role for us a little?

The teens in this story have spent years on a remote estate in Scotland, undergoing often brutal training. All of this is to become a Seeker, someone who uses this special training and knowledge to make the world better and more fair. The characters look on Seekers as something like the Knights Templar from medieval times, committed to doing what’s right.

From early childhood, when they began their training, their heads have been filled with stories about Seekers who toppled long-ago tyrant kings, freed prisoners unjustly held, and did all manner of good things in the world. They believe they will become modern versions of these legends.

But the question is: what if their families have not been honest with them? What if Seekers have become something very different from what they once were?

If Shinobu and John had to describe Quin for us, what would they say about her?

John loves Quin and thinks she’s beautiful, wants to spend his life with her. But in the book, he also describes her as “a girl with stars in her eyes, born into the wrong family, and the wrong century.” He’s keeping secrets from her, and he can only hope she’ll stay with him, even after she knows the truth.

And Shinobu . . . well, he grew up with Quin. She’s like the other half of him. I’m not sure he could accurately describe her because he’s known her so well, and for so long. She’s just Quin to him, a girl who’s always been a huge part of his life.

And now, could Quin tell us a little about the boys?

To Quin, John is handsome and strong and troubled, shouldering all the responsibilities of his broken family on his own. He grew up in London, which to her is a faraway, exotic, modern place, very different from the remote quiet of the Scottish Highlands. John is a romantic figure to Quin, and the fact that he loves her is making her life complete.

Quin would describe Shinobu to others in several ways. By his looks: he is tall, half Japanese, with dark red hair. By his manner: he is always making jokes, a fierce competitor who likes to laugh as much as fight. And by his conquests: girls throw themselves at Shinobu. But Quin herself doesn’t think of these surface descriptions. She has known Shinobu all her life, and they are connected in a fundamental way. He has always been part of who she is.

So it seems like there is some sort of love triangle going on. You know that many readers dislike them, but then they are an essential part in so many stories, and to be honest, we all read them anyway. It’s more of a love-hate relationship with love triangles J Why did you decide to add a love triangle to Seeker?

I didn’t want a love triangle in the book. It just happened that three characters had conflicting and overlapping feelings for each other. I went to the same school K-12, and it was pretty small, so I know firsthand that feelings get complicated when you put people together for long stretches of time.

This story isn’t about a girl going back and forth between two boys. Seeker is about young people in very dangerous, life-altering situations, trying to figure out who they are and how they can live with themselves. And of course there’s some love and some hate and some jealously and some attraction—because, well, they’re human and they’re young, and feelings run hot!

I read on your blog that you love to research and also that you like to include traveling for research. Where you travel for your Seeker research? I love to travel myself, so maybe I was already there 🙂

I spent time in Hong Kong and in Scotland when writing this book. There’s something about the difference between those two places that inspires me; they’re sort of the opposites of each other. Thinking about Hong Kong and Scotland in the same tale created a friction in my mind that gave this story a lot of its energy. I want to go back to both places (hopefully several times!) as I write the next two books in the series.

And just on a side note: as a German I’m especially excited that you were Author of the Month on amazon.de—congratulations on that!

Thank you! I lived in Germany as a teen, and I grew to love the country very much. The German book cover for Seeker is up online. It features Hong Kong and I think it’s pretty cool:

Thank you so much for your time!

It was my pleasure. Thank you for the interesting questions! Their Legacy is…A calling. An Honor. A lie.

The night Quin Kincaid takes her Oath, she will become what she has trained to be her entire life. She will become a Seeker. This is her legacy, and it is an honor.

As a Seeker, Quin will fight beside her two closest companions, Shinobu and John, to protect the weak and the wronged. Together they will stand for light in a shadowy world.

And she’ll be with the boy she loves—who is also her best friend.

But the night Quin takes her Oath, everything changes.

And now it’s too late to walk away.

Arwen Elys Dayton spends months doing research for her stories. Her explorations have taken her around the world to places like the Great Pyramid (which she explored by a single fading flashlight when researching Resurrection), Hong Kong and its many islands, and lots of ruined castles in Scotland. She enjoys creating complete worlds inhabited by characters who charm, frustrate or inspire. Arwen lives with her husband and their three children on the West Coast of the United States. You can follow her @arwenelysdayton on Twitter and Instagram.

Check the Schedule for more exciting posts and more chances to win!

5 winners will receive finished copies of SEEKER, US only. Entries via the Rafflecopter below! And now you, are you excited for SEEKER? The buzz about this book is amazing, so I’m sure you’ve heard about the book already? 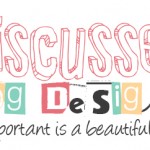 Discussed! Book Blog Design – How Important is a beautiful design?
Waiting on Wednesday – The Squeee Edition!
Review: Enclave and Outpost by Ann Aguirre 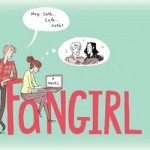 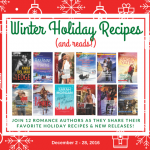 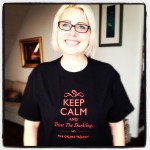