hy72ir6n49g5z831meqb Review: My Sister Lives on the Mantlepiece by Annabel Pitcher - Bewitched Bookworms 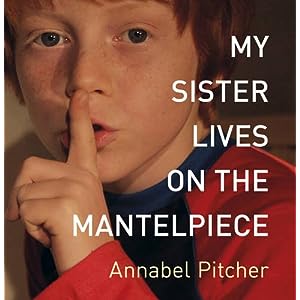 My Sister Lives on the Mantlepiece

Ten-year-old Jamie hasn’t cried since it happened. He knows he should have – Jasmine cried, Mum cried, Dad still cries. Roger didn’t, but then he is just a cat and didn’t know Rose that well, really.

Everyone kept saying it would get better with time, but that’s just one of those lies that grown-ups tell in awkward situations. Five years on, it’s worse than ever: Dad drinks, Mum’s gone and Jamie’s left with questions that he must answer for himself.

This is his story, an unflinchingly real yet heart-warming account of a young boy’s struggle to make sense of the loss that tore his family apart.

A Boy and a Family Torn Apart

I was a bit nervous when I started listening to this book.  Set five years after a terrorist attack, in the family of a girl who was killed and whose death destroyed the bonds of those around her, this book had the potential to be heart-wrenching.  And while it had its moments of grief and sorrow, overall it was delightful.  Without denying the horrendous tragedy that occurred in this family, the truism that life goes on is explored fully through the eyes of a 10 year old boy, Jamie.

Jamie has almost no memory of his sister Rose who died in a bombing 5 years ago.  What he does know is his father’s a drunk, his mother’s gone AWOL and his sister  is literally starving for affection.  And yet, despite the everything, Jamie’s a pretty normal kid.  He plays football and worries about making friends and simply embodies the space of a regular boy.

The fact that Jamie is at all normal despite the sever dysfunction of his family is amazing.  The fact that as a character he’s laugh out loud funny is even more so.  Watching him navigate his new school in the Lake District (where his family moves after his mom leaves them) was at once humorous and familiar.  But what really starts the drama off for Jaime is when he’s befriended by Soonya, a Muslim girl, a girl of a faith Jaime’s father blames for the death of his daughter, marriage and former life.

Jaime and Soonya are great together though and it’s a real treat watching them be superheros together, making themselves invincible to cope with the fact that they’re both so different and outcast amongst their peers.  As Jaime grows to realize that he has the power to change his life, perhaps not to make it perfect but to make it into something he can stand, his story grows into something truly powerful and resonant.

This story is poignant and uplifting and a wonderful read.  I’d definitely recommend it for younger YA audiences as it has a lot of wonderful life lessons that aren’t packaged up in an after-school special sort of way.  With humor and honesty, Annabel Pitcher tells a story that’s timely and important.

At the same time wry and poignant, but always keeping a lightness and sweetness of a young boy, this book is a touching portrait of a family devastated by loss and bound by love and the healing power of dreams.

Get your own Audiobook at audible: My Sister Lives on the Mantlepiece (unabridged, 6hrs)

David Tennant’s rendition of this great book was simply lovely.  With depth and emotion, he made every moment of listening to this story a pleasure.

And if you like contemporary, issues-based YA, here’s your chance to win another book in that genre:

An hard copy of Skinny by Donna Cooner 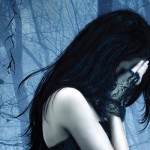 6 Responses to “Review: My Sister Lives on the Mantlepiece by Annabel Pitcher”