Welcome to the Divinty Tour Stop with Author Patricia Leever,  a great Guest Post and a Giveaway! by Patricia Leever
Published September 25th 2012 by Omnific Publishing
Get your own: amazon
Synopsis from goodreads

They’re everywhere, hiding in plain sight. Chances are, you’ve interacted with one or two of them in your lifetime without even realizing it…

Demon hunter Evelyn Brighton saves unsuspecting humans from the malevolent creatures masquerading around them every day. Working under the Lebriga Corporation’s direction, she never fails to bring her A-game with her keen skill, fiercely independent spirit, and the best weapon in her arsenal: the Divinity blade.

Evelyn’s world is turned on its ear, however, when she is ordered to train cocky new recruit Daniel Summers. They both feel an instinctive pull drawing them to one another, the ancient spells tattooed into their skin illuminating whenever the two hunters come into contact. But with evil looming over the city of Los Angeles, Evelyn and Daniel’s mutual competitiveness and sense of duty to Lebriga and all humankind forces them to hold back their desires. Will their restraint be enough to keep them focused and save southern California, or will the dark forces prevail?

Set in modern-day Los Angeles, Divinity is an action-filled, fast-paced marriage of urban fantasy and paranormal romance. Edgy, witty, and sexy, it will bind you in its spell.

Hidey ho my sparkly little love monkeys! I’m so happy you came to join us here at Bewitched Bookworms and thank you so much Danny for having me!

You may or may not know that there are quite a few magical bits in Divinity. Our main characters Evie, is the house magic specialist with her handler Tess. We are talking potions, powders and magical spells. When I was creating the spells I wanted them to have that ancient feel to them, and to do that I needed an ancient language. Now, since I haven’t quite reached “ancient” status yet nor do I know anyone who would even know how to find an ancient, dead, language, so I had to make one up myself.

Lemme tell ya, making up your own language isn’t as easy as it seems. I mean, how the heck do you even start? I sat in front of my computer and looked over dozens of foreign languages to see which ones I could maybe tweak or mash-up together to make something even semi believable. Nothing was jibing the way I wanted it to and I was almost to the point of complete and total frustration and saying “to HELL” with the ancient language and try something else. Then it hit me…

So I started playing around with the words of what I wanted to spell to do, mixing up the letters and adding a few accents. A few of them I even changed up the spacing. It was so much fun and I had a complete blast coming up with my new “language”

Thanks for stopping by my darlings and thank you again for Danny and Bewitched Bookworms for having me over to play!

Thank YOU Patty for taking your time!

Patricia Leever is a wife, stay-at-home mom of four and owner of one dog and one little black cat. On the average school day she runs about town like a lunatic picking-up and dropping off kids and trying to find a moment of quiet to write down a word or two. She’s a sci-fi geek that loves to dress up like a zombie and participate in the local zombie march down Main St. and laugh as much as possible; laughter frees the mind and heals the soul.

and now my friends, I have 1 eCopy for you to win!!

Oh and .. this Giveaway is international!

..and here is the full Schedule for more great content and giveaways! 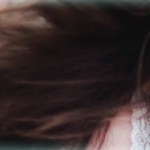 Touching the Surface by Kimberly Sabatini
Book Birthday Shout Out {20}