When a visit to the Tower of London triggers an overwhelmingly real vision of a beheading that occurred centuries before, Cole Ryan fears she is losing her mind. A mysterious boy, Griffon Hall, comes to her aid, but the intensity of their immediate connection seems to open the floodgate of memories even wider.
As their feelings grow, Griffon reveals their common bond as members of the Akhet—an elite group of people who can remember past lives and use their collected wisdom for the good of the world. But not all Akhet are altruistic, and a rogue is after Cole to avenge their shared past. Now in extreme danger, Cole must piece together clues from many lifetimes. What she finds could ruin her chance at a future with Griffon, but risking his love may be the only way to save them both.
Full of danger, romance, and intrigue, Transcendence breathes new life into a perpetually fascinating question: What would you do with another life to live?

The first thing that grabbed my attention here was the setting! US Girl going to London the idea of reincarnation is fascinating! The synopsis is utterly gripping and perfectly written to grab my attention!

Glimpses of a Previous Life?

Truly, who doesn’t think that the idea of having lived before isn’t extremely fascinating and gives room for a phenomenal romance? The concept in Transcendence is very unqique as there are few people that are actually aware of their previous lifes which is an interesting idea. Imagine meeting a 17 year old boy who has lived already countless of previous lives and processes the knowledge of so many lifetimes? Seems like a very wise young boy… However, not all know about the other lifes right away, some just “become” Akhet meaning they have to learn painfully that they have lived before and get glimpses of past lives which of course leaves them utterly confused at first …

Cole is a pretty normal, not excitingly outstanding girl who is one of those that learn rather late that she has actually lived before. She get’s glimpses of her previous lifes which leaves her utterly confusing, being afraid she looses her mind. It’s when she meets Griffon she begins to understand…. As mentioned before, Cole was rather plain and truth to be told she had sometimes a pretty annoying attitude. I couldn’t fall for her completely and connecting with her was rather hard to accomplish…

Griffon – the boy who lived .. before

Griffon was a very interesting character, especially when we learn about his past. And although the concept of old souls in your bodies is nothing new (take all supernatural creatures here… ) it was harder to grasp here. It felt weird that he would fall for such a young girl with no experience of this world whatsoever. Maybe that was the appeal? The Romance was sweet but the butterflies were missing. However, Griffon was very likely my most favo character apart from Cole’s best friend who was fan freakingtastic!! 😉

An old Grudge and a Mystery

One part of the story was a mystery Cole had to solve together with Griffon’s help. This was a nice addition to the learning process of Cole’s new role in the world and I enjoyed this part quote a bit!

Transcendence was a quick read with a deeply fascinating concept or reincarnation. The mythology was intriguing and left enough room to wish for more. However, Cole as a main character didn’t excite me too much and the romance lacked the necessary sparks. Despite the problems I had with the story, it was still a  enjoyable read!

Tell me, would you like to know you have lived before? Even processing all the knowledge from the previous lifes? Or would you rather not know ?
Much Love, 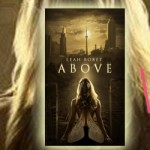 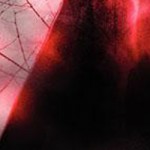 23 Responses to “Transcendence by C.J. Omololu”