by Carol M. Tanzman (website | twitter | facebook)
Book II in  the WiHi  world, can be read as Standalone!
Genre: YA Contemporary Romance, Mystery
Publication: July 24th 2012 by Harlequin Teen
copy received from publisher
Get your own: Amazon | Book Depository
synopsis from Goodreads
Rating:

THE BIGGEST STORY OF MY LIFE COULD BE HOW IT ENDS It’s my turn to run a “Campus News” crew, and I’ve put together a team that can break stories wide open. And Washington Irving High has a truly great one to cover, if only we can find a lead.

A secret society has formed in our school. It announced its presence with pranks: underwear on the flagpole, a toilet in the hallway, cryptic notes. A circle of silence keeps the society a mystery. No one knows its members, agenda or initiation secrets-until a student lands in the hospital under “strange” circumstances.

I “will” blow this story wide open and stop others from being hurt…or worse. And while my ex, Jagger, might want to help, I don’t trust him yet. (And, no, not because of our past together. That is “not” important to this story.)

But whether you find me, Valerie Gaines, reporting in front of the camera, or a victim in the top story of the newscast…be sure to watch “Campus News” at 9:00 a.m. this Friday.

“This addicting, thrilling mystery hits upon many of our worst fears.”-“Booklist “on “dancergirl

Carol M. Tanzman has an awesome way to mix, mystery with genuine, real characters, romance, friendship and some classic coming-of-age topics! Oh and let’s drool a little about this awesome cover!!!!!!!

Dangerous Secret Society and some kids determined to figure out the truth!

The plot in Circle of Silence was thrilling and mysterious, greatly created and easy to get sucked in very fast. There is this Secret Society and what first starts with simply pranks, soon those pranks turn into something a little more sinister. Valerie, part of the school’s Campus News is determined to figure out who is behind this!
While the story mainly is told in first person from Val’s POV, there are always small part thrown in the voice of the Leader of the secret society. So we get glimpses into the weird and sick mind of this mysterious person! This added a great level of mystery and suspense which I welcomed very much!

One of the first things that came to my mind while reading was that I genuinely loved Valerie’s voice and her character! She was determined she knows exactly what she wants and she goes and get it instead of just dreaming about is like other kids her age! Valerie wants to be a Journalist and she’s driven, smart and focused! I actually admired her, although she sometimes went a little overboard.  Valerie was great heroine!!!!

Terrific Cast of Characters and even a little cute Romance!

But, I did not only love Valerie – the other kids part of Valerie’s Team are just as awesome! We have the best friend, who supports Val wherever she can! Also worth to mention is Jagger – Val’s Ex who suddenly joins the Campus Team. Val is truly annoyed since everyone seems to like him and she’s still not over their break up. Their relationship was adorable – with Valerie still heartbroken and we try to find out together why Jagger suddenly reaches out to her again… Being a big fan of romance I was happy the story got a little romance.
The only complain was that a few revelations were a little too predictable. I saw the last big twist and also Val’s and Jagger problems were easy to see. Still, I totally enjoyed this book and was turning pages very fast!

Circle of Silence shines with a smart, driven and genuinely awesome heroine! The mystery was thrilling, frightening and keep the reader on edge while waiting for the final show down! Readers who love a strong heroine and enjoy a good mystery  will like this book!

How do you like your heroines? What features should your perfect heroine have?
Much Love, 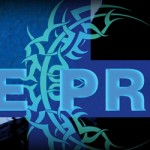 « Waiting on Wednesday {63} – Death and the Girl Next Door by Darynda Jones
Review and Give-Away: Glamour in Glass by Mary Robinette Kowal »

16 Responses to “Circle of Silence by Carol M. Tanzman – Review”