We want to celebrate this new year with you and the new releases and … it gets even better! We are also giving those new super anxiously awaited releases away! Awesome, hu?

For the next 4 weeks (maybe longer…) we will host a giveaway every Tuesday and.. of course we hope to see your around!

Today we celbrate two awesome books that are coming out today! Under The Never Sky And Switched! Under The Never Sky
by Veronica Rossi

publication: Today by HarperCollins
Get your own at amazon
Synopsis from goodreads:

They come together reluctantly, for Aria must depend on Perry, whom she considers abarbarian, to help her get back to Reverie, while Perry needs Aria to help unravel the mystery of his beloved nephew’s abduction by the Dwellers. Together they embark on a journey challenged as much by their prejudices as by encounters w ith cannibals and wolves. But to their surprise, Aria and Perry forge an unlikely love – one that will forever change the fate of all who live UNDER THE NEVER SKY

The first book in a captivating trilogy, Veronica Rossi’s enthralling debut sweeps you into an unforgettable adventure[/box]

[box type=”shadow”]When Wendy Everly was six-years-old, her mother was convinced she was a monster and tried to kill her. It isn’t until eleven years later that Wendy discovers her mother might have been right. With the help of Finn Holmes, Wendy finds herself in a world she never knew existed – a world both beautiful and frightening, and Wendy’s not sure she wants to be a part of it.[/box]

I just reviewed Switched Yesterday, Go there to read my exciting Review!

So, and now we are giving away one copy of each of these fantastic Releases!! The Contest will run 1 week and we made it easy enough by simply entering via Rafflecopter!

The Contest is open International , as long as Book Depository ships to your country of course!

Good Luck and Much Love, 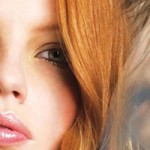 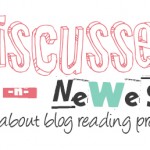