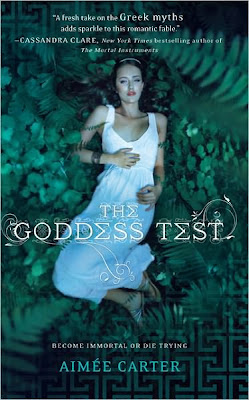 It’s always been just Kate and her mom—and her mother is dying. Her last wish? To move back to her childhood home. So Kate’s going to start at a new school with no friends, no other family and the fear her mother won’t live past the fall.

Then she meets Henry. Dark. Tortured. And mesmerizing. He claims to be Hades, god of the Underworld—and if she accepts his bargain, he’ll keep her mother alive while Kate tries to pass seven tests.

Kate is sure he’s crazy—until she sees him bring a girl back from the dead. Now saving her mother seems crazily possible. If she succeeds, she’ll become Henry’s future bride, and a goddess.

The following review is co-written by Danny and cutie.

Danny breaks down the story:

Kate moves with her mom to Eden a tiny town in the middle of nowhere to find peace for her mom’s remaining days. She’s very sick and will die soon. Kate and her mom have a wonderful intense and close relationship and the situation brought tears to my eyes already in the beginning of the book. Although Kate is not ready to let her go, she grants her mom her last wish and enrolls at Eden High to finish school.

Things start to get really really weird when Ava the super popular girl invites her to a party at the mysterious Eden Manor. There she meets Henry a mysterious gorgeous, quite man and their encounter leads to a bargain that really sounds terrifying. If she passes 7 test she has to take Persenophe’s place and rule the Underworld with Hades aka. Henry.

But she’s not stepping back from her responsibility and accepts to take the test ..and hopefully survives.

Danny: I found the idea of the story and the plot-line absolutely unique, fresh and fascinating. Greek Mythology was always something I loved and enjoyed and I love how Mrs.Carter explored these myths in her novel!

cutie: I love me some Greek Mythology too! But I found that it played a minor part in this book, strangely enough. Unlike series like Percy Jackson where the myths and gods play a major role and “history” is somewhat reinvented or old stories twisted together with modern ones, this is definitely more of a “love story” sorta and the struggles of a girl losing her mother with a touch of mythology throw in, even though Hades and his crew play a major role. I know I’m not making sense, you’d just have to read the novel to understand!

Danny: Kate was a wonderful character, absolutely strong in her personality, brave and loyal. I loved seeing her progress during her time in Eden Manor. The way she handled whatever was put into her way, every situation she handled with care, braveness, and selflessness!

cutie: I wasn’t a huge fan of Kate. I felt at times she was a bit wishy washy. And also I didn’t get her sudden attachment to people who were flat out nasty to her, nor her habit of blaming herself for everything bad that happened. But, having said that, I found she was sweet, brave, and overall a character I could get behind.

Danny: Henry, on the other hand, was a character I couldn’t care about so easily. He was mysterious in his behavior, not easy to figure out and seemed more like the tortured guy. Honestly, he was nothing like I would expect Hades to be, I mean he rules the dead and the Underworld I expected him to have more bad-guy
attitude. Also, he was very contained. Taken together I didn’t swoon for him and he didn’t make my heart race when reading about him. The same I have to say about the blooming romance between Kate and him.

cutie: And this is where I would like to go back to my earlier statement about the use of mythology in this book. Hades in this novel is portrayed not as the classical Hades (fire and brimstone anyone?) but a sensitive, love-lorn man who longs to fade away after the loss of the love of his life, Persephone.  At some point, while reading this novel, I had to throw out my preconceived notions of how the ruler of the dead should act. I didn’t dislike Henry, in fact at some point I found myself sympathizing with him, but I also didn’t find him completely swoon worth. And what’s up with the moonlight colored eyes? Definitely more creepy than hot, in my mind.

Danny: Normally, I also get small butterflies when reading about a wonderful kiss or a beautiful described love story. I didn’t feel the love here. The romance factor and Henry was what made the book not perfect for me.

cutie: Agreed. The fact that Kate could still remember James name and feel torn between the two even in the smallest way made her connection with Henry lack-luster for me. (Side note: Dear YA author, Can we please stop with the constant love-triangles? Thanks much. cuters)

Danny: The end, however, was very very surprising and great! I absolutely loved the way Mrs Carter managed to surprise me and it gave the whole novel a wonderful and intriguing touch. Although the book didn’t end with a major cliffhanger, I’m excited to see how this story goes on and what will happen next.

cutie: I wasn’t too surprised by the ending and figured out the twist fairly early on in the novel. Please don’t ask me to explain the “villain’s” evil plan or why they did what they did, because I’m still not clear on that… But I guess, once again, I just need to forget what I know of Greek mythology.

And while I thought the premise intriguing and the themes explored interesting, I have to admit I found the dialogue jumbled and the secondary character one dimensional and confusing. This is where the story fail the most for me.

Danny: I loved the story and I’m excited to read the next one too. Yet, I had some minor things I didn’t like too much.

cutie: I completely agree. There was something a little off about the novel, but overall I did enjoy it. It was a quick, fun, easy read that I enjoyed, and I look forward to reading the sequel.

It’s a solid three from both of us,
with a half tacked on for potential!
In conclusion:
We’d like to thank Harlequin Teen for a copy of this e-book.
What’s your favorite book that incorporates Greek Mythology?
And what do you think of the influx of YA books using Greek gods?
Until Next Time!!
Yours truly, 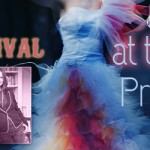 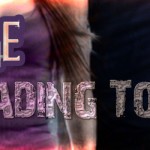 26 Responses to “The Goddess Test: a review”