I started seeing the “Speak Loudly” twibbon earlier today. I wasn’t really paying much attention to it until I realized that this #SpeakLoudly trend was about banning books. Then I had to find out more, because, as a fan of books (and freedom for that matter), I kind of get cheesed off when people go off and ban them.

So here’s the scoop: Banned Books Week is next week and it seems that while many of us will spend this week celebrating both the First Amendment and the freedom we all enjoy as Americans (in this case the ability to read any book we like), a few people are going in the opposite direction and pointing out books that we shouldn’t be ALLOWED to read.

One such instance that has gained visibility on Twitter is that of Associate Professor Wesley Scroggins and the opinion piece he wrote advising parents to “be cautious and inquire as to the nature of the material that their children may be exposed to” as the new school year begins. In this piece, he points to three books that the high school students in his community are being exposed to (either at school or by library recommendation) which he feels are particularly offensive: Speak, by Laurie Halse Anderson, Slaughterhouse-Five by Kurt Vonnegut and Twenty Boy Summer by Sarah Ockler.

I do agree with him that as parents, we should be involved in the ideas that are shaping our children and do our best to make sure they are raised with strong values. Unfortunately, where Associate Professor Scroggins and I differ is that I don’t believe censorship to be a core value. Which is what I understand he advocated in the June School Board meeting he refers to in his opinion piece.

I also am forced to disagree with anyone who would describe a book that contains scenes describing a young girl’s rape as pornographic. Disturbing? Yes. Something I would want to discuss with my child should any of them read it? You bet! But pornographic? As in sexually titillating material having no artistic or intellectual merit? I have to say no on two counts: rape isn’t sexy and it is only through shining a bright light on this dark topic that we emphatically state that it is wrong.

I genuinely believe that Associate Professor Scroggins’ motives are in no way nefarious, although I would question their logic. I also agree with his call for the parents of his area to get involved. But I would say that a county that restricts basic freedoms in order to feel safe is not free. And it’s not the sort of country I want to live in.

Be an involved parent. Talk with your children. And please, I beg you, tell them that censorship never solves problems. It is only through open and healthy debate that our country has ever moved forward. And THAT is old style….just ask Benjamin Franklin who said:

They who can give up essential liberty to obtain a little temporary safety, deserve neither liberty nor safety.

And what is more essential to us as a nation than the liberties given us by the First Amendment to the Constitution of the United States? 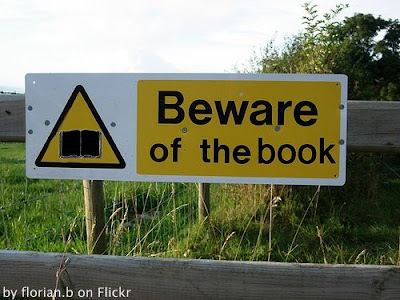 The Summer of Chasing Mermaids by Sarah Ockler
In My Mailbox – [the cutie edition]
Makin’ A List & Checkin’ It Twice
These books are banned?Oooh! Let’s read them!!

« Review: Speed Dating With The Dead by Scott Nicholson
Mystery Book Exchange – Review Childhood’s End and The Weight of Silence »

7 Responses to “Censorship…doing it old style”