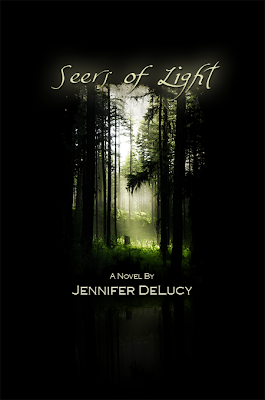 Seers of the Light

Lillian Hunt has never truly lived. Always sensing more to the world than is easily perceived, she fears that her instincts are stubborn flights of fancy, or worse, mental instability. But some things—disappearing strangers, tangible dreams, and visits from malevolent creatures—cannot be ignored. Before it’s too late, Lillian is ripped from the only existence she’s ever known and thrust into a reality that she always suspected, but could scarcely believe. She must learn the truth about who she is, the powerful beings that wish to destroy her, and the two men who would die to protect her.

Jennifer DeLucy has created a unique, enchanting tale of destiny and the ageless power of love in her debut novel, Seers of Light. DeLucy’s novel charms readers with quirky characters, while sketching a haunting portrait of one woman’s journey on the path of the supernaturally gifted. But be prepared. Once you’ve entered the world of Seers, you will never be the same.

Pushy: Seers of the Light has a great premise, a world in which the supernatural lurks around every corner for those who have the sight to see it. A world in which those with such powers band together, protecting others, helping benevolent spirits to move on and battling evil entities. Again and again, this world drew me in, fascinated by Ms. DeLucy’s take on the paranormal universe.

This story is populated with some fairly interesting people as well, from the main characters Lillian Hunt, the unknowing Path Crosser, and William Maddox, the vampire with a soul, to the secondary characters, my favorite of which was Abram, the leader of the Lillian and William’s group of Sentients.

But as much as I enjoyed this refreshing take on the paranormal and the oh so romantic William *sigh*, I had some issues with the book.

First, I didn’t really like Lillian. Was she interesting? Yes. Plus she was strong, brave and had an amazing ability to roll with the weird. But one of her traits was that she was an empath and I just couldn’t get into her occasionally random, overly emotional outbursts. Coupled with that was the fact that she could be somewhat obtuse about things that were fairly obvious to me the reader and to the characters around her, especially as to what others felt for her. This made her seem flighty and a little dumb and I didn’t like that, especially since she has some great moments of strength.

Second, I REALLY didn’t like Christian. He was pompous, rude, whining and just downright annoying. Dude got on my nerves!!! I admit that part of my annoyance was that I REALLY liked William and the fact that Christian was so knee-jerk negative about him bothered me but what bothered me more was that his irrationality made him seem two dimensional.

Finally, I didn’t like how certain elements of the plot (the vampire threat and another, menacing supernatural presence that I won’t mention because it’s kind of a spoiler) were dropped right when I found them most interesting and then resurrected when I was focused on something else. This may have been intended to add some drama to the story but personally I would have preferred them to be explored more initially or at least been touched on again throughout the story so I wasn’t left feeling so jerked about when they did return.

That said, I was tremendously impressed by the originality of this story, the incredible romance between Lily and William *melts* and the overall handling of some pretty abstract elements. I will definitely read the next book in this series, Whisper of Light, which is planned to be published this fall.

Danny: I was very much surprised by this book since it takes new and different approach into the paranormal world. Lately, most of vampire stories tell that most of them are not truly evil. Here however, vampires are bad – they have no soul. And there is a group of gifted people who are fighting against those vampires and ghosts! Actually ghosts play even a bigger role in this story.

It took me some time to get into the story in the beginning and I was a bit confused that Lilly all of a sudden leaves everything including her family behind when she’s been attacked and starts learning the truth about herself and her gift. It seems to easy for her to accept her new life. But at the same time, this is exactly Lilly’s character, she is strong and brave.

William was the most interesting character, he’s very much tortured and full of self loathing and it seems he doesn’t quite fit in. Lily breaks down his walls …. Well, this is what makes my heart melt and what I need in a good story!

What I didn’t like so much was that I first thought it would be a story about Vampires, but then they disappeared and only showed up for the final show down. In the meantime our gifted people were more fighting with ghost and other creatures! Don’t get me wrong, I’m fine with any kind of mystical creatures, but how the story was build it confused me a bit.

All together the author created very deep and layered characters, specially Lilly, William and Christian. And I truly loved the romantic tension she created. I’m very much excited to read more from her and I’m sure she will surprise us! A refreshing new paranormal romance which is perfect for a Summer read:-).

Danny liked it more than Pushy, but in the end we both agree that this author has a great promise to write fantastic and beautiful novels! We both loved the idea of those gifted people and especially the way Jennifer DeLucy described this gift, this was beautiful!

Final Notes
As mentioned above, the Light Series has another book in the works, Whispers of Light, which is due out this fall. Plus, if you fall in love with the characters in this book *cough* *William* *cough* you’ll definitely want to check out Ms. DeLucy’s website dedicated to the series as she’s currently dream casting the characters (should the film rights ever be purchased). And can I just say that the actor she’s picked for Christian (Jesse Spencer) actually made me (Pushy) like him a bit? Maybe I will need to re-read this book and find a way to fall in love with that dude!

And before we go, we’ll just leave you with some eye candy from the very kind Jennifer DeLucy: 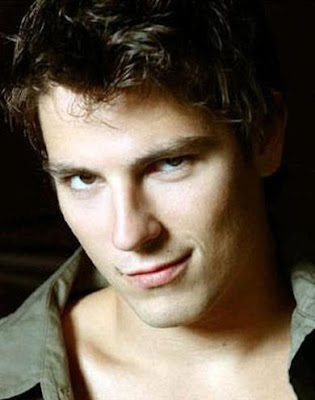 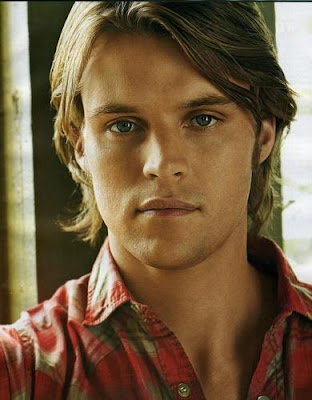 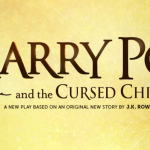 « The Faefever Series and The Smartest Author Ever!
Another ‘Lovely’ Award! »

9 Responses to “Review: Seers of the Light by Jennifer DeLucy”