Last week I posed the question:

If you had to suggest a starter Steampunk novel for someone,
what would it be?

I just have to say you all came through with
a bunch of excellent sounding options!!!

And still it was so hard to choose!

I had narrowed it down to the top 3 vote getters: 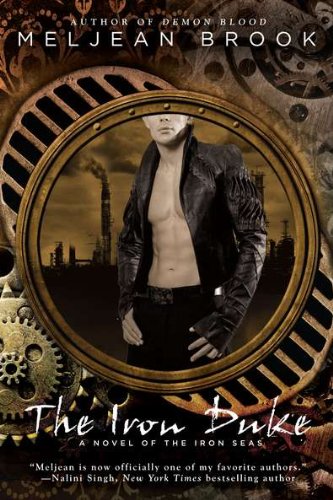 And it was an incredibly hard choice!

First off, Missie sent me to her MBB post about the Iron Duke…
*fans self* Oh my!

But then Soulless did get the most votes….

Finally I decided to pick the one
I would be least likely to pick up on my own
but also had the best reviews by people I know….

So while I am a bit nervous about Steampunk, Vamps and Werewolves…
I say,

And I’m so excited that
Darkfallen
has volunteered to hold my hand
and read this one with me!!

Thank you so much, girl!!!!!
And I know you read faster than I do
but I promise I’ll get my butt in gear!

Thank you again, to everyone
who took the time to leave a recommendation!
I truly appreciate your input
and I hope you’ll come back
to see what Darkfallen and I thought of Soulless!

Let’s Get This Party Started!
Review: The Dark and Hollow Places by Carrie Ryan

16 Responses to “Pushy asked and YOU answered!”