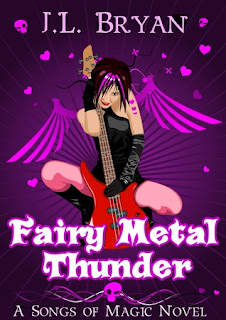 The Assorted Zebras are a teenage garage band in Wisconsin with no fans and no gigs, until they steal four enchanted instruments from the fairy world.

The new instruments make the band a huge overnight success, but they aren’t exactly ready for fame, fortune, or the supernatural creatures sent by the fairies to track them down.

My Thoughts:
In JL Bryan’s new series, he introduces you to a new young adult series (and it is truly an all ages read) where fairies, goblins, elves, and ferocious unicorns are just a few of the mythical folk that are confined to their own world since man has an overabundance of iron in the surface world.

Jason is the guitar player in a garage band called the Assorted Zebras. While they are pretty good, they can’t get any gigs because they’re teenagers and from a small town in the Midwest. He winds up following a Goblin into Fairy World, and once there he sees four musicians playing to humans that are so entranced by the music that they dance until they are exhausted. When Jason gets the chance, he steals the instruments and brings them out of the Fairy World and back into the human world. The magical instruments morph and customize themselves to the musician perfectly, and when played they unleash such potent and addictive music that the band becomes an almost instant hit thanks to Youtube and word of mouth.

But such powerful magic was never meant to leave the land of Fairy, and the Queen gives the musicians who’s instruments were stolen an ultimatum: retrieve your instruments at whatever cost (your own, of course) or else. The four musicians hire an Elf and a tracker unicorn to find the instruments. I won’t give away the ending of this book, but this unicorn was certainly not your sweet, cute, little sparkly unicorn that you might expect. Just think badass unicorn.

Jeff Bryan has delivered another entertaining book, full of vivid scenery–from the midwestern small town landscape to the underground fairy city. The denizens of this fairy metropolis are also quite interesting. The creatures and fairies in Fairy Metal Thunder are more likely to eat your face than give you money for your lost teeth, and quite frankly, I really like it that way. The characters were very believable, from Jason’t little sister to his overbearing yet clueless parents, to his bandmates. And his fast food job where everyone orders a slawburger holding the slaw–I think everyone can relate to a crappy job like that sometime in their life.

The crush that Jason has on Erin is very realistic, and the way that he struggles with it is completely believable and a nice sidestory. But this book as a whole is a fun, light, pretty angst free ride. The only thing that didn’t jive so well with the book was the Assorted Zebra’s choices for cover songs to play at their concerts. I don’t really think that teenagers in this day and age are going to play Tom Petty. I’m in my thirties and I love rock n roll, but even I draw the line at Tom Petty. I give this one a 4 and a half because with a title like Fairy Metal Thunder, the music in the book could have been much more rockin’. 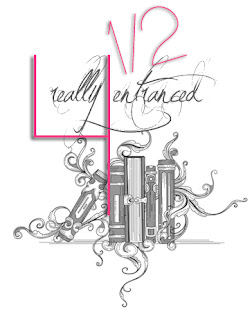