Welcome to the Pre-Squee, a new weekly feature here at the Bookworms and at The Book Swarm. Some books, though they might not be coming out for a few months, need an early squee — we just can’t hold in our excitement about them! And since we also love Movies and TV Series, we occasionally Pre-Squee about these too! What is it about:

“Olivia “Liv” Moore was a rosy-cheeked, disciplined, over-achieving medical resident who had her life path completely mapped out, until the night she attended a party that unexpectedly turned into a zombie feeding frenzy. Afterward, she became part zombie. She works at a coroner‘s office to give her access to the brains she must eat to survive. A side effect of her new diet is the ability to absorb the memories of the deceased, which helps her solve homicides.” Source Wikipedia

Why am I excited about it?

Since the premier was yesterday, did anyone of you saw the premiere? How did you like it? And if you haven’t seen it – are you going to watch it? I truly can’t wait to see if I’m going to like it ! 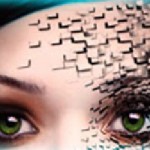 « Sweet, Adorable and Funny! Kissing Ted Callahan (And Other Guys) by Amy Spalding
Charming and Hilarious – A Ghostly Undertaking by Tanya Kappes »

19 Responses to “Pre-Squee about… iZombie – The CW Series”