hy72ir6n49g5z831meqb In My Mailbox - Easter Haul for Heather - Bewitched Bookworms

The first book that I preordered was the paperback of Twice Tempted by Jeaniene Frost. Dating the Prince of Darkness has its challenges…

Leila’s psychic abilities have been failing her, and now she isn’t sure what the future holds. If that weren’t enough, her lover, Vlad, has been acting distant. Though Leila is a mere mortal, she’s also a modern woman who refuses to accept the cold shoulder treatment forever–especially from the darkly handsome vampire who still won’t admit that he loves her.

Like choosing between eternal love and a loveless eternity…

I liked the first book in this series featuring Vlad from the Night Huntress series, but I didn’t love it. I’m hoping that this second installment is better than the first. But with Jeaniene Frost, even her less than stellar books are still awesome…

I also preordered a hardcover of the eleventh book in J.R. Ward’s Black Dagger Brotherhood series, Lover At Last. Qhuinn, son of no one, is used to being on his own. Disavowed from his bloodline, shunned by the aristocracy, he has finally found an identity as one of the most brutal fighters in the war against the Lessening Society. But his life is not complete. Even as the prospect of having a family of his own seems to be within reach, he is empty on the inside, his heart given to another….

Blay, after years of unrequited love, has moved on from his feelings for Qhuinn. And it’s about time: The male has found his perfect match in a Chosen female, and they are going to have a young—just as Qhuinn has always wanted for himself. It’s hard to see the new couple together, but building your life around a pipe dream is just a heartbreak waiting to happen. As he’s learned firsthand.

Fate seems to have taken these vampire soldiers in different directions… but as the battle over the race’s throne intensifies, and new players on the scene in Caldwell create mortal danger for the Brotherhood, Qhuinn finally learns the true definition of courage, and two hearts who are meant to be together… finally become one

I’ll admit, I still haven’t gotten around to reading book #10 in this series. Time just slipped away from me and I really need to catch back up! Now I can’t even remember what happened in book  #9 since I’ve read too many books in between 2011 and now.

I snagged a Kindle copy of Scott Nicholson’s After: The Echo. “Nobody thrills like Nicholson does. Nobody.” – J.A. Konrath, The ListA massive solar storm kills billions and wipes out the technological infrastructure, and the few survivors learn that some among them have…changed.AFTER: THE ECHO
(Book #2 in the After series)

It’s six weeks after the shock.

The smoke on the horizon has diminished, and Rachel Wheeler and her two traveling companions head toward the mountains where Rachel’s grandfather Franklin has built a survivalist compound.

However, the strange mutated people known as Zapheads seem to be changing from bloodthirsty killers into a force far more menacing. A secret military installation may hold the key to rebuilding civilization, but Franklin doesn’t trust their intentions.

And the Zapheads are adapting to the new world faster than the human survivors, who must fight for their place in a future that may have no room for them.

Look for the first book in the series, AFTER: THE SHOCK. The prequel, AFTER: FIRST LIGHT, is coming in May 2013

This was $0.99 since it was just released, and you can’t go wrong with Scott Nicholson.

Finally, I received a copy of the audiobook of Doughnut by Tom Holt for review. The doughnut is a thing of beauty.
A circle of fried doughy perfection.
A source of comfort in trying times, perhaps.
For Theo Bernstein, however, it is far, far more.Things have been going pretty badly for Theo Bernstein. An unfortunate accident at work has lost him his job (and his work involved a Very Very Large Hadron Collider, so he’s unlikely to get it back). His wife has left him. And he doesn’t have any money.Before Theo has time to fully appreciate the pointlessness of his own miserable existence, news arrives that his good friend Professor Pieter van Goyen, renowned physicist and Nobel laureate, has died.

This is the tale of a man who had nothing and gave it all up to find his destiny – and a doughnut.

This book promises dark humor and science fiction, plus the cover is a sugar-laden breakfast food. I think I will enjoy listening to this.

What’s in your mailbox this week? 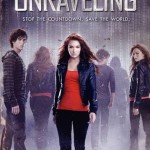 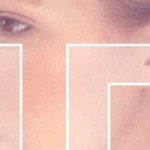 « Discussed! by Pushy….Rut or Groove?
Into The Hollow by Karina Halle »

2 Responses to “In My Mailbox – Easter Haul for Heather”