hy72ir6n49g5z831meqb The Sea of Tranquility by Katja Millay The Sea of Tranquility

The Sea of Tranquility by Katja Millay on goodreads:

I live in a world without magic or miracles. A place where there are no clairvoyants or shapeshifters, no angels or superhuman boys to save you. A place where people die and music disintegrates and things suck. I am pressed so hard against the earth by the weight of reality that some days I wonder how I am still able to lift my feet to walk.

Former piano prodigy Nastya Kashnikov wants two things: to get through high school without anyone learning about her past and to make the boy who took everything from her—her identity, her spirit, her will to live—pay.

Josh Bennett’s story is no secret: every person he loves has been taken from his life until, at seventeen years old, there is no one left. Now all he wants is be left alone and people allow it because when your name is synonymous with death, everyone tends to give you your space.

Everyone except Nastya, the mysterious new girl at school who starts showing up and won’t go away until she’s insinuated herself into every aspect of his life. But the more he gets to know her, the more of an enigma she becomes. As their relationship intensifies and the unanswered questions begin to pile up, he starts to wonder if he will ever learn the secrets she’s been hiding—or if he even wants to.

The Sea of Tranquility is a rich, intense, and brilliantly imagined story about a lonely boy, an emotionally fragile girl, and the miracle of second chances.

I have heard about The Sea of Tranquility as one of the raising self-published stars, who climbed the bestseller lists! It was no surprise when Atria books picked her up! When, I was then contacted to review the book, I couldn’t reply fast enough! And… I.Was.in.Awe!

A Borken Girl and A Broken Boy

Nastya is broken. You can actually feel her pain through her thoughts and behavior, yet we have to find out what exactly happened to her as she is not speaking about it. But, it’s easy to feel the sadness, the anger and the desperation that is oozing out of her. It will break your heart seeing this girl so closed and desperate. Nastya build a wall around herself when she stopped talking, at all, with no one! In addition she hides herself behind trashy clothes and trashy make-up to keep people at bay.

Then there is Josh who is always on his own at school. No one even tries to get near him. There is something tortured about this boy, yet   Natsya has no idea what it is. But she feels utterly drawn to him, because she feels like he is the only one that won’t bother asking about her and she hopes he will let her just .. be..

I was emotionally invested right away. Both characters stirred at my heart with their sad stories and I wanted to heal them! I admired their strength as both Josh and Nastya are incredibly strong persons who are left to deal with their horrible situations alone, as they both feel like no one can comprehend what they are dealing with and because they refuse to take help from outside.

I was having tears in my eyes through a big part of this book, the story had a firm grip on my heart and I couldn’t let go of this story. It’s a story that sucks you in and hold you close, even though the story was not fast progressing. But the slowness worked perfectly for the slowly transforming romance about two people who need each other in order to heal their broken souls.

I always love when an author not only cares to develop the protagonists but also the secondary characters and Katjy Millay created a phenomenal cast of characters! I feel in love with Josh’s best friend Drew, who first seemed like a total playboy but turned out to be a wonderful friend to both Josh and Nastya. But there is more! It’s not just a story about two people, it’s also a story about family and some scenes were so affectionate and beautiful that I was crying about the tenderness.

“And maybe I’m a liar and I do need it, because being kissed by Josh Bennet is kind of like being saved. It’s a promise and a memory of the future and a book of better stories.”

“What did you call her?” she ask’s but I don’t think it’s her real question.
“Sunshine,” I say, and she smiles like she believes it’s perfect and she may be the only person other than me who would think so.
“What is she to you?” she whispers. The real question and I know the answer even if I don’t know how to say it.
Drew’s muffled voice rises up from the floor before I can respond.
“Family,” he says.
And he’s right.”
– Josh’s POV

“We’re like mysteries to one another. Maybe if I can solve him and he can solve me, we can explain each other. Maybe that’s what I need. Someone to explain me.”

The Sea of Tranquility by Katja Millay is raw, passionate,  incredibly intense and  filled with a lot of sadness, angst and anger. But there is also beauty. Beauty in love and family. It’s a story about 2 broken people who need to find a way back from the dark place they were hiding and finally enter the light again!

Josh and Nastya are both seniors in High School, but it’s a rather mature story which is why I would consider it as a crossover to NA. To be honest, I do not think I can make this book justice it’s so amazing that I feel bad putting my tiny words together about this story.
If you are up for an emotional book, that will make you cry and smile, then please go and get a copy!
Much Love, 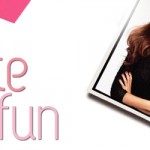 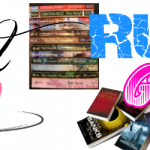 « In My Mailbox – Danny’s Book Haul of Awesome
Review: The Luxe Series by Anna Godbersen »

15 Responses to “The Sea of Tranquility by Katja Millay”