A domestic story told in numerous original and endearing voices. The story opens with Wesley, a tenth grader, and involves his two sets of parents (the mom and her second husband, a very thoughtful doctor; and the father who has become a major gay lawyer/activist and his fabulous “significant other” who owns a restaurant).

Wesley is a fabulous kid, whose equally fabulous best friend Theo has just won a big school election and simultaneously surprises everyone in his life by announcing that he is gay. No one is more surprised than Wesley, who actually lives temporarily with his gay father and partner, so that he can get to know his rather elusive dad. When a dramatic and unexpected trauma befalls the boys in school, all the parents converge noisily in love and well-meaning support. But through it all, each character ultimately is made to face certain challenges and assumptions within his/her own life, and the playing out of their respective life priorities and decisions is what makes this novel so endearing and so special.

Through the voices of many, a single story of love and acceptance evolves.

In These Things Happen, the coming out of Theo happens in what many would hope is the new norm for our society.  He isn’t particularly tortured out about his sexual orientation, but he’s at an age where he wants to claim that part of his identity.  The student populace who have just voted Theo in as class president, while surprised, doesn’t seem particularly put off.  And his best friend, Wes, who managed his campaign and appears to have been completely in the dark about his friend’s former secret, rolls with it with aplomb.

However…what starts off as a nearly modern age Hallmark version of a come-out, starts to expose cracks in the interiors of many of the people Theo knows and loves.

This story is told from 8 points of view and for some reason had me thinking a lot about As I Lay Dying by William Faulkner.  Perhaps it’s the way these characters are laid bare by the inner most thoughts or the way, no matter what their intentions, they seem to be barreling toward finding out not so pleasant things about themselves.  Regardless, despite the number of narrators, the story still felt intimate.  I found the characters each to be fascinating in their own rights, as if Mr. Kramer was presenting the reader with a series of beautiful, uniquely shaped glass figurines and asking the question, “So what do you think about that?”

The varied characters were woven together skillfully, having their stories dove-tail one into the other in a lovely portrait of a modern age extended family dealing with their own baggage.

The Incident and The Aftermath

It’s not Theo’s coming out that causes all the drama in this book but the subsequent violence that’s visited on him and Wes.  As their families deal with the trauma their boys have undergone, they’re forced to truly see one another in a way that in their busy, fly-by relationships they seem to have forgotten to do.  I truly enjoyed the evolution of these characters and gaining insight into their hearts throughout the book.  And I particularly loved how it was the gentle quietness of the individual moments that really shined in this book.  This is a story that will stay with me for some time.

A thoroughly modern tale of family that will touch your heart; this is a great read!  I would recommend it for anyone who’s interested in branching out into a contemporary story with more feeling than angst and more introspection than drama.
Now go and get lost…in a book!

In My Mailbox – Pushy Get’s Something AWESOME!
The Bookworms turn 3!! Blogiversary Celebration with Giveaway of Awesome!
Delirium – Review 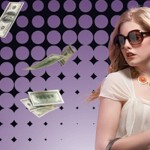 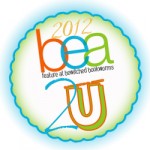 « In My Mailbox – Pushy Get’s Something AWESOME!
The Hollow City by Dan Wells »

6 Responses to “Review: These Things Happen by Richard Kramer”